Still out of state, still worshipping the City of Angels from afar.  Some recent observations: 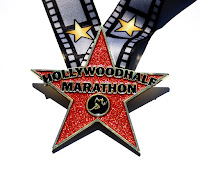 No points for subtlety!
********************
I harped on the old Madrone's amateurish website back in the day and was quickly shamed by a genuinely friendly email from them explaining that the errors were being corrected.  Then the economy and real estate market tanked and the Madrone spent the next few years as a looming, half-built eyesore on the corner of Hollywood and La Brea.  Eventually a new owner came along, finished it and renamed it "The Avenue".  What hasn't changed?  The fact that even in its new incarnation, it still has an annoying, hipper than thou, user-unfriendly website.  Also, just a note to anyone who is selling or renting out a home, be it house, condo or apartment: Your ads and websites are useless without prices.  And the old "if you have to ask you can't afford it" ploy doesn't work here.  Just because I can afford it doesn't mean I'll necessarily think the place is worth it.


Asking price for the 3,400 square foot residence, which features five bedrooms, four baths, a formal dining room, hardwood floors, a fireplace, wrought-iron staircase, and high, beamed ceilings, is a mere $899,000--about half as much per square foot as the surrounding neighborhood properties. However, the steep discount isn't only due to the home's shambolic state; the listing also sets forth the following rather unsettling conditions: "Owner shall have a life estate in the real property, remain in the property at no cost to himself or his estate for the remainder of his life...He currently stays in a small room downstairs next to the kitchen. All other rooms are being rented out by tenants.

My favorite part of that article was the author wrapping it up with this comment: Max, bring something to drink!


********************
Crazy person scales KTLA tower to launch a revolution, then puts on his sweater and climbs down.  The sweater part of this story has me envisioning Mr. Rogers climbing the KTLA tower.


I miss you Crazy Town, I really do.  Be back soon!
Posted by Melinda at 4:25 PM
Labels: Hollywood, Los Angeles, Television