Detour (1945) (PRC Pictures)
Directed by Edgar G. Ulmer
Written by Martin Goldsmith (based on his novel)
Starring Tom Neal, Ann Savage, Edmund MacDonald and Claudia Drake
As described by Netflix (which has the film available on both DVD and streaming):


Classic film noir rules when down-in-the-dumps musician Al Roberts decides to hitchhike cross-country to be with his chanteuse girlfriend.  He accepts a lift from high-roller Charles Haskell Jr., who promptly suffers a fatal coronary.  Afraid the cops will finger him as a killer, Al ditches the body and assumes Haskell's identity.  But Al's trip quickly goes downhill when he picks up a scheming hitchhiker.

As usually happens in film noir, things start off lousy and go downhill fast, eventually ending very, very badly for everyone involved.  Detour doesn't disappoint in this respect.  No one comes out unscathed.

Al Roberts (Neal) is a small-time musician whose small-time singer girlfriend (Drake) decides to blow dark, dead-end NYC for sunny Hollywood in the hopes of boosting her career.  Missing her, Al hits the road, hitchhiking west.  Eventually he gets a ride from high-rolling, skirt-chasing Charles Haskell (MacDonald), who is sporting scratches from a dame who didn't appreciate his recent advances and who is also ominously popping pills.  While Al is taking his turn behind the wheel, Haskell dies in his sleep, the victim of a bad ticker.  When Al tries to revive him, Haskell falls from the car, bashing his lifeless head on a rock.  Convinced that the cops will think he murdered the rich man, Al ditches the body and takes off with Haskell's clothes, car and identity.

The next day Al makes the mistake of picking up a bedraggled young female hitchhiker who accepts the ride despite a clear aversion to him.  And wouldn't you know it, Vera (Savage) is the aforementioned dame who left her marks on Haskell.  When Al introduces himself as the dead man, Vera knows something is up and she immediately starts blackmailing Al with this knowledge. 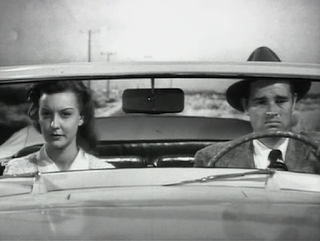 Terrified of being turned into the police, Al has no choice but to reluctantly comply with Vera's demands that he play along, literally becoming her prisoner in the process.  Al's predicament - and his inability to escape it - becomes even worse when Vera discovers that Haskell's wealthy and long-estranged father is on his deathbed and she hatches a scheme to claim the Haskell family fortune by passing Al off as the long-lost son and heir.

To add to the film's dire pedigree, star Tom Neal's offscreen life was itself the stuff of film noir.  From imdb:


In 1951, in a dispute over the on-again/off-again affections and the wavering allegiance of notorious actress/party girl Barbara Payton, he mixed it up with Payton's paramour, the aristocratic actor Franchot Tone.  The former college boxer Neal inflicted upon Tone a smashed cheekbone, a broken nose and a brain concussion.  Hollywood essentially blackballed Neal thereafter, but he would come to find a livelihood in gardening and landscaping.


He was brought to trial in 1965 for the murder of his wife Gale, who had been shot to death with a .45-caliber bullet to the back of her head.  Prosecutors sought the death penalty for Neal, which at the time meant a trip to the cyanide-gas chamber.  The trial jury, however, convicted him only of "involuntary manslaughter",  for which he was sentenced to 10 years in jail.

On 7 December 1971 he was released on parole, having served exactly six years to the day.  Eight months later, Tom Neal was dead of heart failure.

Some people just attract trouble and Neal was one of them.  But his femme fatale costar, Ann Savage, was no lightweight herself.  Although her noir image didn't follow her offscreen, her frenetic, constantly scheming work in Detour proved to be the role she would be best remembered for.  From imdb:


In May of 2007, Time called her walking nightmare portrayal of Vera in Detour (1945) one of the "Top 10 All-Time Best Villains", included alongside James Cagney in White Heat (1949), Robert Mitchum in Cape Fear (1962) and Arnold Schwarzeneggar in The Terminator.

"Walking nightmare portrayal" is right, and Savage's inclusion in such lofty company is well deserved.  Detour was a low-budget, quickly shot B-film, but I'm still amazed it wasn't more of a star-making performance for Savage.  Vera is a ruthless and angry force of nature, malevolently wreaking havoc and destruction every step of the way, and Savage spits her vicious lines and holds nothing back as she lays Vera's wretched, base ugliness bare for the world to see.  Al Roberts, who has already made a very bad judgement call even before Vera shows up to ruin his life, is absolutely no match for her. 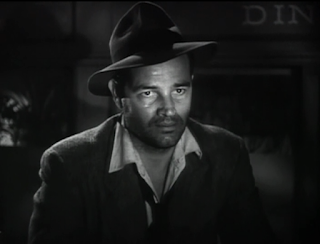 By the time Vera and Al reap their Hays Code-mandated punishments, everyone involved - including the audience - has already been overwhelmed by the sheer determination of Vera's venomous, relentless scheming.  She is repellent and devoid of humanity, yet as an audience we can't take our eyes off her.  Ann Savage manages that most magical of Hollywood tricks: She is compellingly watchable, no matter how much we loathe her and are dreading her next move.  And that is the mark of a star, even one who only briefly shines. 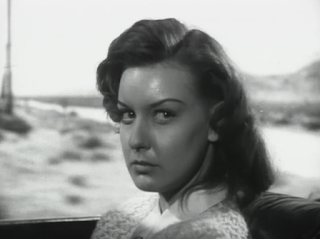