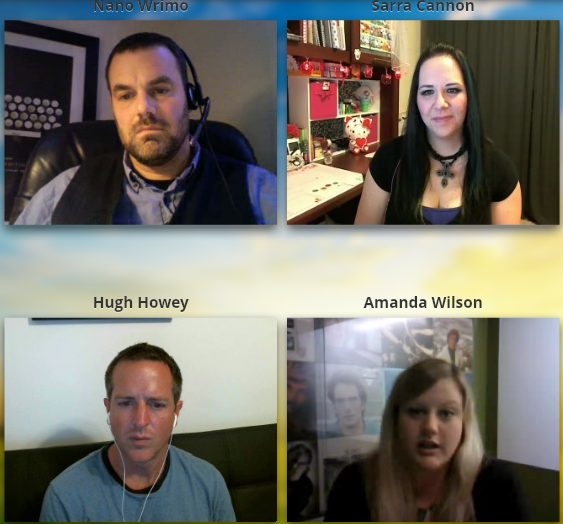 Last Monday NaNoWriMo hosted "So You Want to Self-Publish", a webinar with successful self-published authors Sarra Cannon and Hugh Howey, along with Amanda Wilson of KDP (Kindle Direct Publishing).  To say it provided a wealth of information and education about self-publishing would be the understatement of the year.  If you have any interest in or curiosity about self-publishing, the webinar, now available online, is well worth 90 minutes of your time.

Self-publishing (or vanity publishing) used to be considered largely the domain of writers who couldn't actually get published by a legitimate publishing house and therefore would pay to have their books produced.  In addition to the stigma it was also very costly.  In addition to the cost of actually publishing the book, authors would generally be required to buy a specific (large) number of books, many of which would end up unsold and undistributed.

In the past few years, as mentioned in the webinar, that stigma has definitely fallen away.

Note: During the live webinar the sound/video sync was off by a couple of seconds, which wasn't much of an issue.  In the recorded version, it's waaaay off, so you might want to just use the audio if they don't get it fixed.  You'll still get all the invaluable info we got during the live version.
Posted by Melinda at 12:46 PM
Labels: Writing