What I learned at WPA:

EMS and the Crime Scene
Instructor Joe Yow and students from the EMS program at Guilford Community College in Jamestown, North Carolina (where WPA is held) put on an amazing enactment of how EMS assesses and processes a scene with multiple victims and varying levels of injuries.  The premise was that a small bomb had gone off in a cafe.  The injuries ran the gamut from cuts and scratches to loss of limb.

This might sound silly, but one of the most impressive things about the presentation was how well-acted it was.  None of the students involved ever broke character.  A couple of the victims in particular (the mildly-injured girl whose boyfriend turned out to be the bomber and another young woman who lost an arm) were so good that one of the questions asked afterward was if they were drama students.  Several of the police academy students were also on hand, demonstrating how they handled victims who were mobile, but badly shaken and sometimes hysterical.

I couldn't help being impressed by the sheer caliber of character and poise the students showed, both during the enactment and after when we were peppering them with questions.  I think it's also a testament to Guildford's EMS, police and fire programs.  I didn't see the whole thing because I was in the driving simulator at the beginning of the session and triage was well underway when I got there, but it was just amazing. 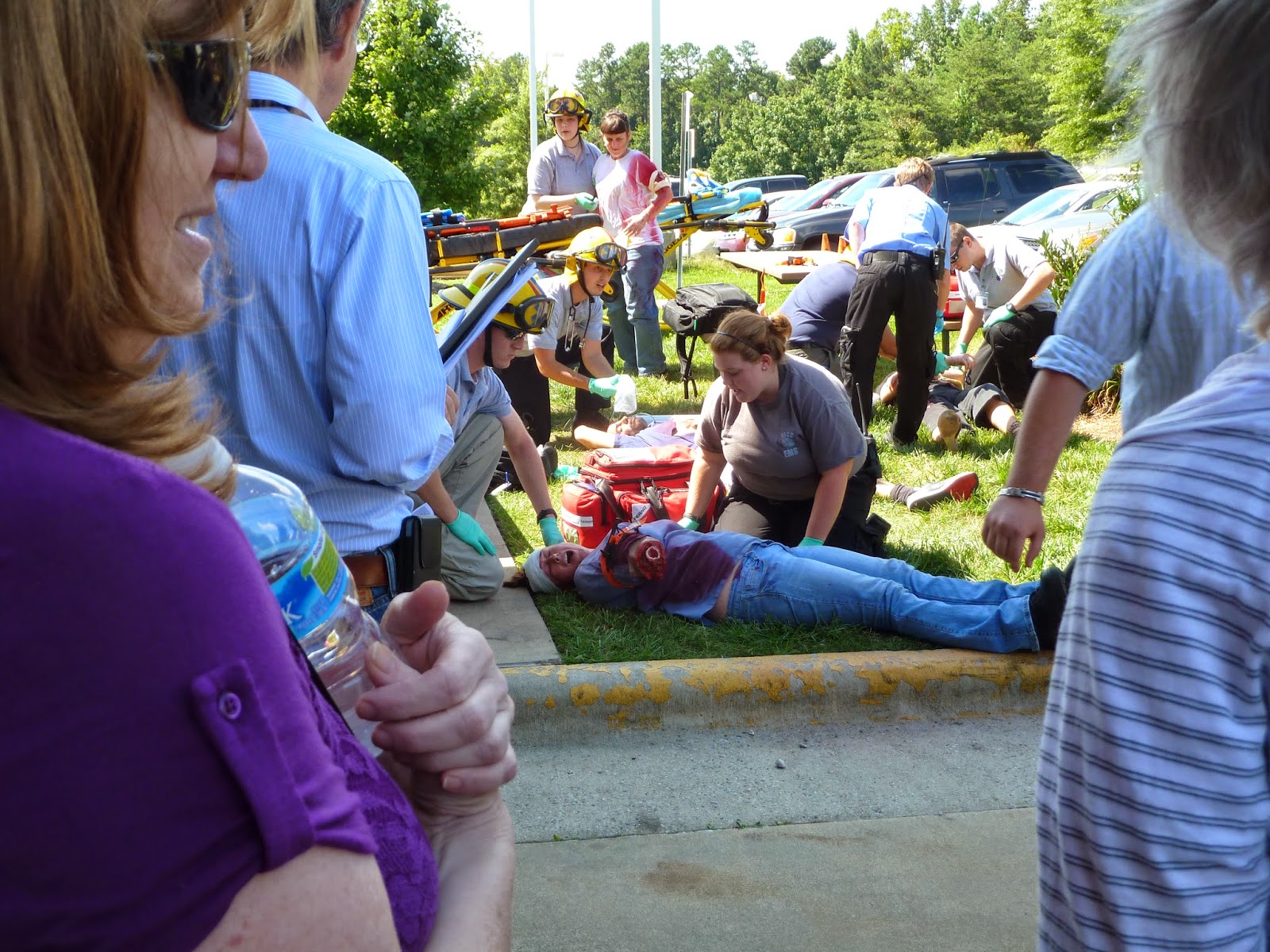 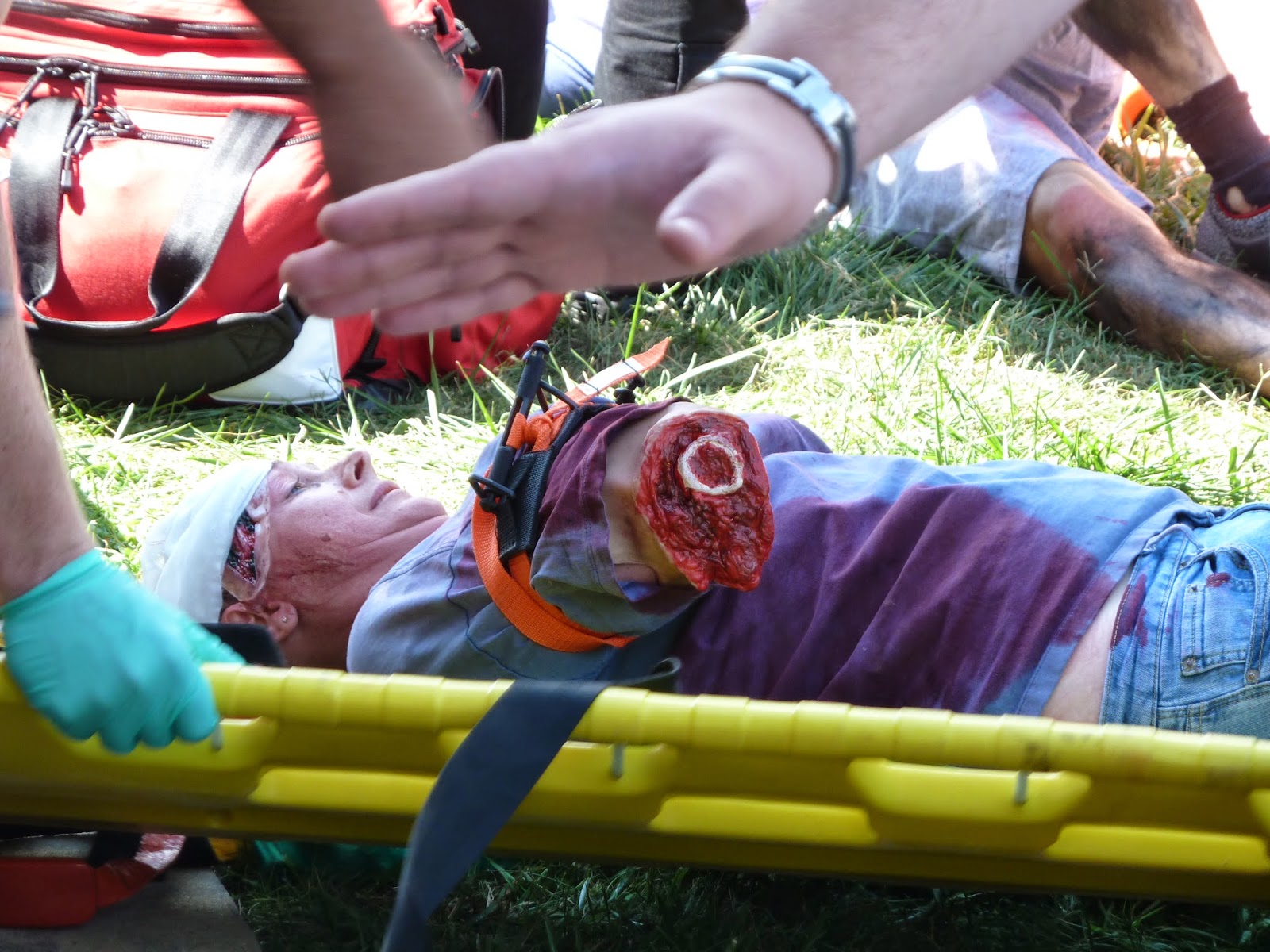 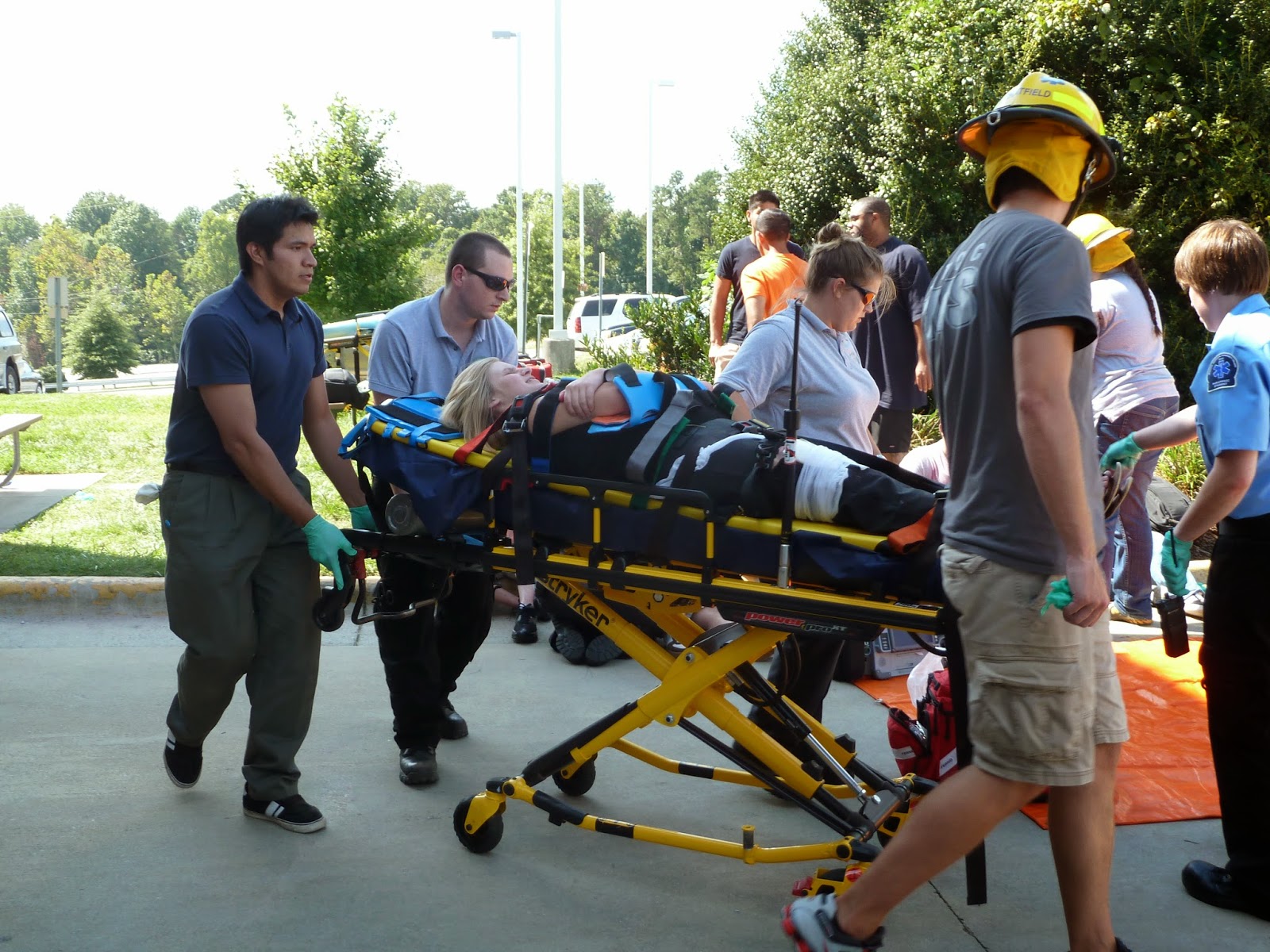 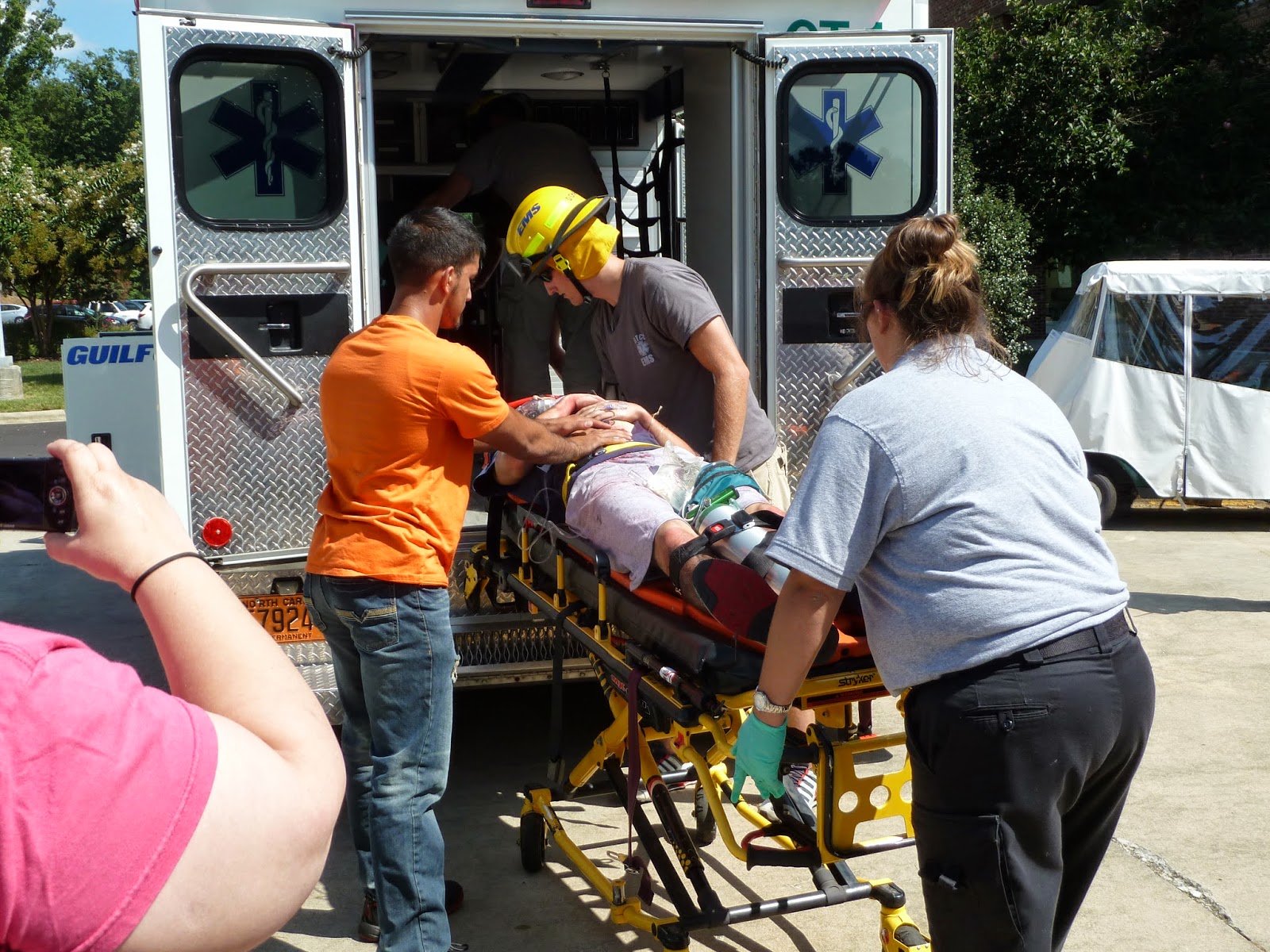 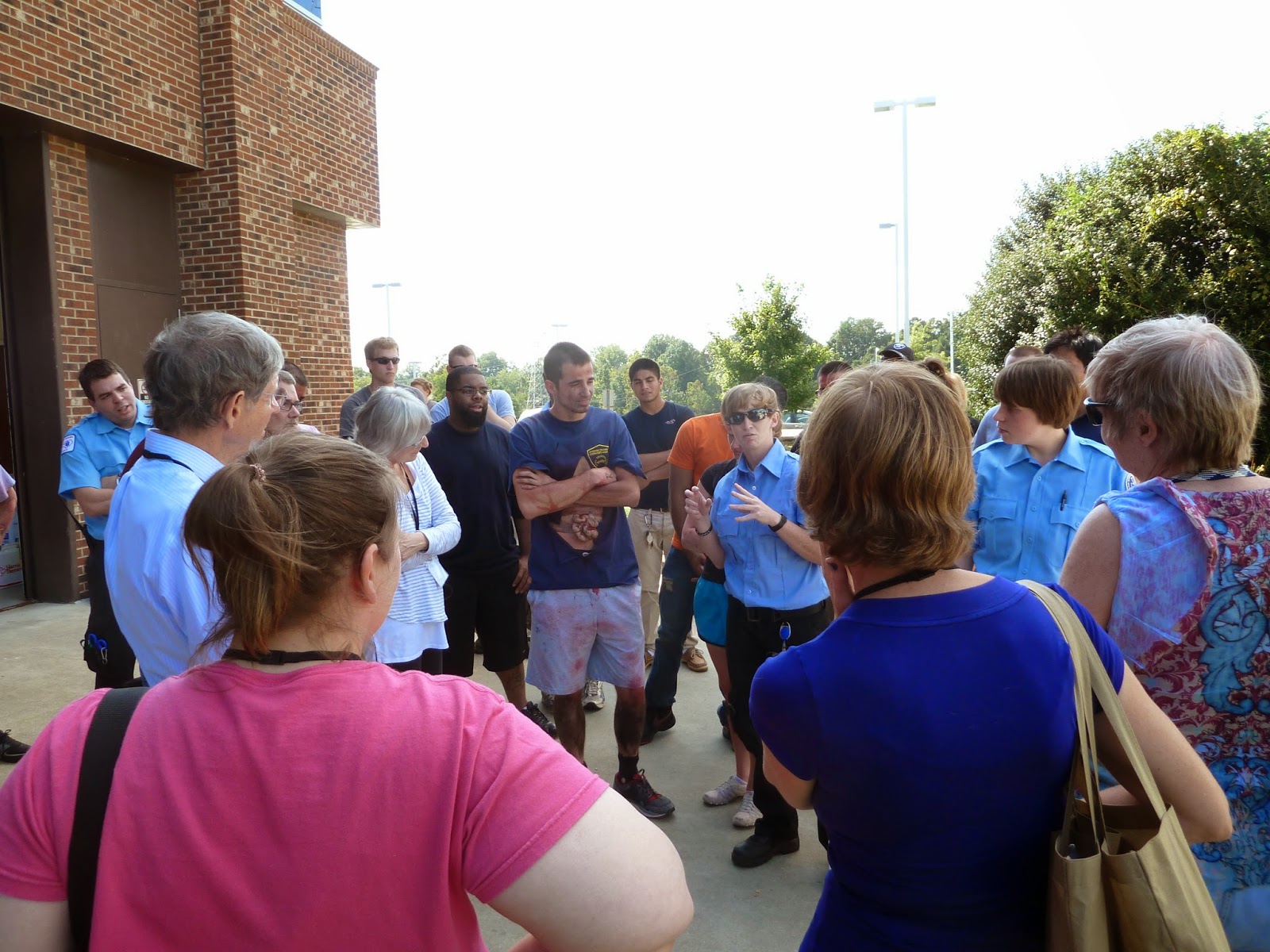