What I learned at WPA:

Bomb Squad (featuring Reno, the bomb-sniffing dog)
After we all disembarked from our busses at GTCC, one of the instructors led us across the parking lot to the driving track, to what we believed would be safety instructions and some sort of demonstration like last year (which was awesome).  However, before we reached our destination, the instructor, who had drifted toward the back of the crowd, called for our attention.  A child's backpack was laying on the ground and he wanted to know who it belonged to.

Of course no one claimed it and that resulted in the calling in of a bomb-sniffing dog and his handler. We were sent to watch from a safe distance as Reno (of course I didn't get his handler's name) checked out the suspicious package.  We were told that Reno's signal that he smelled explosive material would be to lay down.  Sure enough, after sniffing around the backpack a bit, Reno hit the pavement.

That brought in the bomb squad, who sent a robot out to pick up the backpack and escort it to the far end of the lot, where it was detonated. 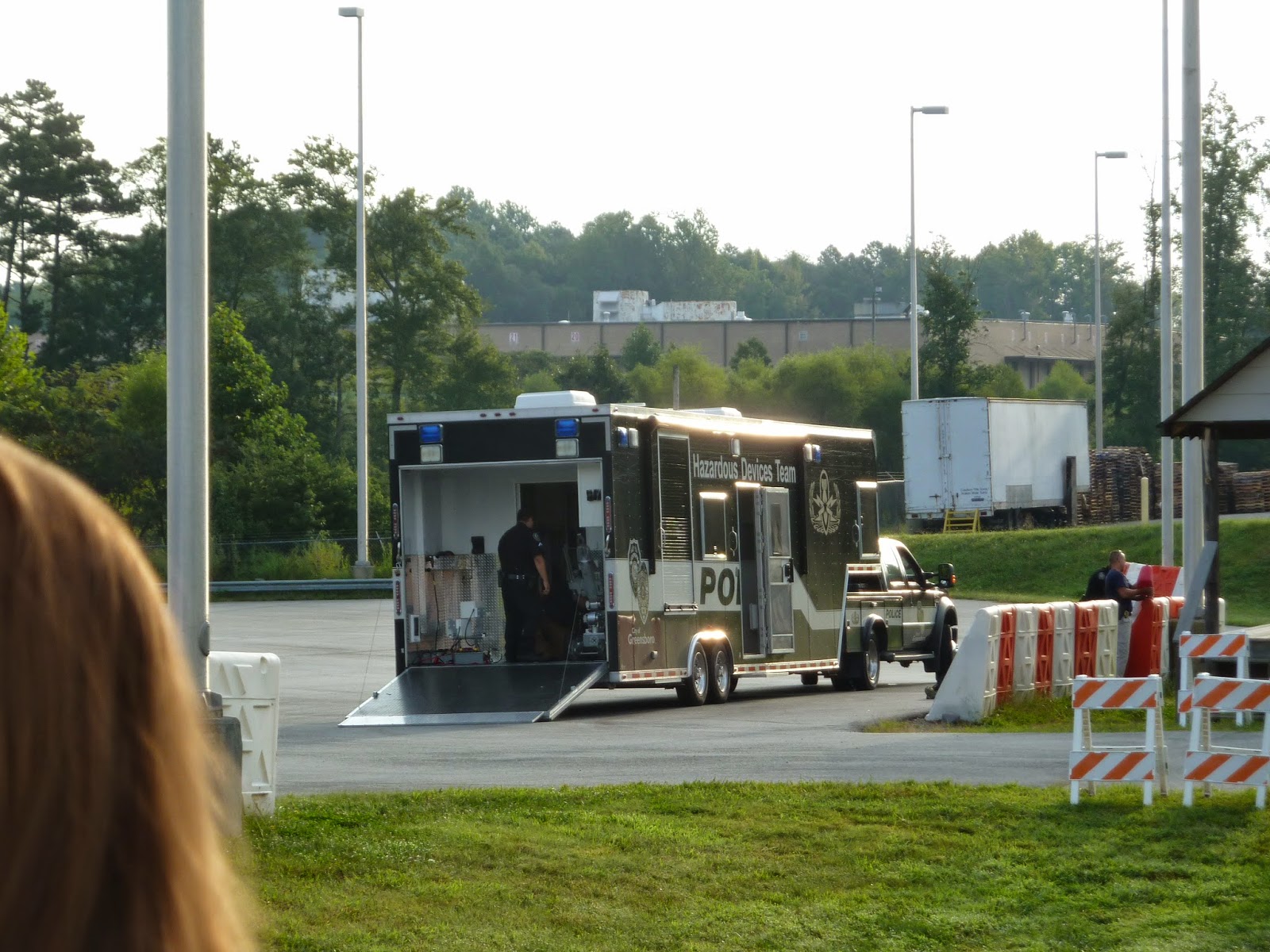 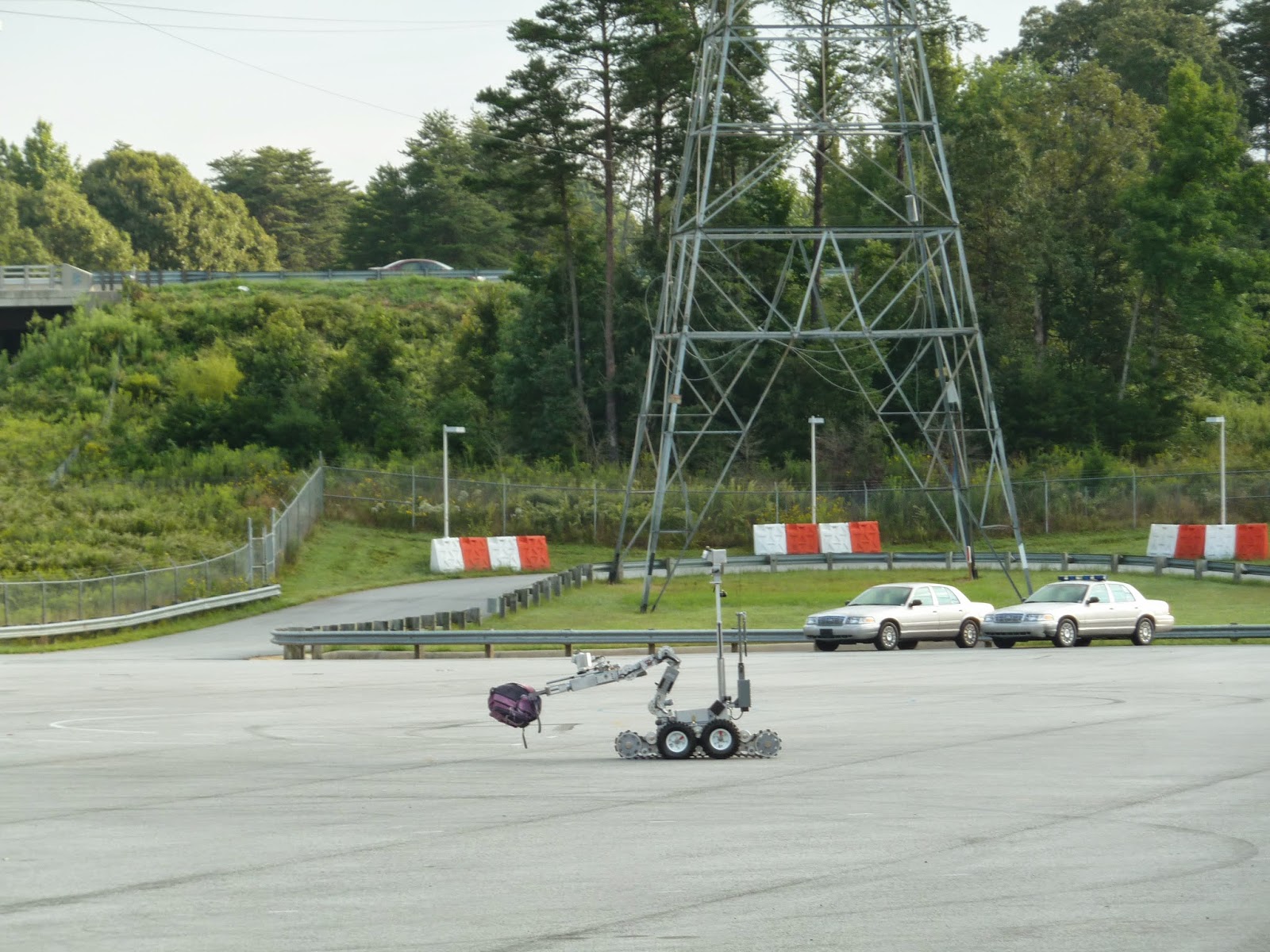 Concealed and Confidential (Instructor: NYPD Detective (ret.) Marco Conelli)
Conelli is a former undercover officer and regaled us with tales from his experiences on the job.