It's that time of the year again!

I know I post these things every damn year, but hey, it's Halloween and they're awesome!  So here goes: 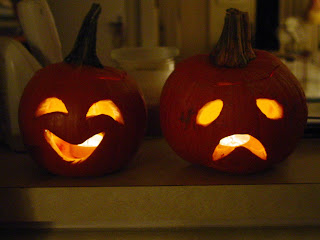 Comedy and tragedy punkins I made a few years back when I lived in Hollywood. 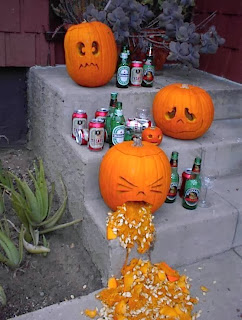 How a lot of people will be spending November 1. 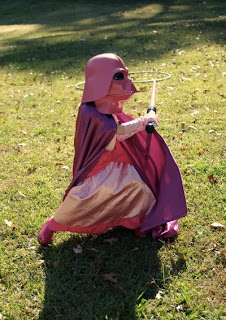 Some guy made this costume for his daughter.  Too cute for words. 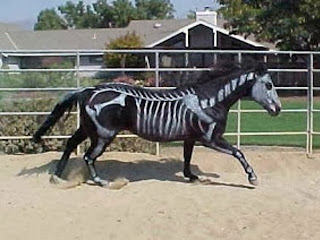 And then there's this award-winning classic:

They're funny cuz they're true!

Tip 'o the hat to Writer's Digest on Facebook for linking to this: 18 Weird Things That Authors Do.

Huge props to io9 on Facebook for unleashing this on an unsuspecting world: An apparently new Star Wars blooper reel.

Be sure to scroll down to the comments, they're impressively articulate and polite for the internet (at least as of when I typed that sentence). 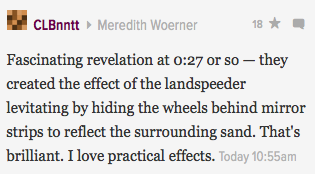 Despite the fact that The Royal Tenenbaums was released in 2001, I think it took a few more films until a mainstream audience would recognize the Wes Anderson look, plus it's awesome, so I'm not going to rag on SNL for referencing a twelve year old movie.  Bottom line, this thing is brilliant:


The actor playing Owen Wilson really nailed his voice, plus props to whoever found the dead-on wig.  Not to mention everyone else involved for hitting this out of the park, because I'm convinced that if Anderson did decide to do a horror film, it would look and sound a lot like this, especially the choice of songs.

Updated 11/8/13: Just found this "How We Did It Article" by SNL staffer Alex Buono.  Thanks again, TV Tattle!  I didn't even realize "The actor playing Owen Wilson" was actually Edward Norton.  I didn't recognize him at all.
Posted by Melinda at 10:38 AM Labels: Film, LOL, Music, Television 0 comments

Great news: Self-described greatest crime writer ever James Ellroy has announced that he is returning to 1940's Los Angeles with a brand spanking new L.A. Quartet:


My design for “The Second L.A. Quartet” is unprecedented in scope, stylistic execution and dramatic intent.  I will take characters -– both fictional and real-life -- from the first two extended bodies of work, and place them in Los Angeles during World War II –- as significantly younger people.  The action will begin the day before the December 7, 1941 Japanese attack on Pearl Harbor and will carry an enormous range of people through to the end of the war.  Massive police investigations, political intrigue, grand love affairs, war profiteering, Axis sabotage plots.  Four 700-page hardcover novels that will span the homefront breadth of the greatest worldwide event of the twentieth century.

The sequels will apparently be prequels.  The original L.A. Quartet (The Black Dahlia, The Big Nowhere, L.A. Confidential and White Jazz) took place in the period of the mid-1940's to the late 1950's.  Perfidia, the first book of the new quartet, takes place in 1941.

As usual, Ellroy will feature a number of real life and fictional characters including legendary LAPD Chief William H. Parker and Dudley Smith from the original L.A. Quartet.


Dudley Smith is the overarching villain of “The L.A. Quartet.”  In PERFIDIA, he’s the 36-year-old homicide detective investigating the baffling Watanabe case.  The case means money to Dudley. He’s embroiled in a hot wartime romance with screen legend Bette Davis.

Bette Davis?  I freaking can't wait for this book, but it looks like I'll have to wait about a year - per the L.A. Times, Perfidia isn't due out until fall 2014.
Posted by Melinda at 5:26 PM Labels: Books, Crime, Historic Hollywood, Historic Los Angeles, I Customer 0 comments

Sorry state of the union

There has been much ado about the governmental shutdown, who is responsible and reprehensible for what, and what should be done with it.  And that's even before the online clusterfuck of the launch of Obamacare.  Here's what I have to say about all that:

As someone who has actually worked as a covered employee, in HR and in the health insurance industry and has seen it from the viewpoint of agent, customer service rep, employer and insured, I'd like to go on record as saying the plans offered by the so-called "Affordable Care Act" (aka Obamacare) offer the highest premiums, highest deductibles, highest co-pays, highest annual out-of-pocket costs and highest costs to the insured I've ever seen.  EVER.

Our current health care system may not be perfect, but I don't see how making it even more costly than it already is benefits anyone.  AND MOST IMPORTANTLY, REMEMBER THIS: The very politicians (Congress and our President) who put this piece of shit that they couldn't be bothered to read before passing into law think so highly of Obamacare that they refuse to subject themselves to it.  But they're more than happy to sanctimoniously inflict it on us peons.  THINK ABOUT THAT.

So stop looking at the (R) and (D) after names and THINK FOR YOURSELF.  You voted for Obama?  Guess what - he doesn't give a crap.  Obamacare for thee, but not for him and his familee.  And with very few exceptions, Congress isn't any better.  Like it or not libs, a group of those horrible Rethuglicans offered up a compromise to the current government shutdown that was rejected by Dems because it demanded that Congress be equally subjected to the awesomeness of Obamacare that the rest of us are expected to mindlessly embrace.  Because Obamacare is just so awesome that it's the law so just fall into line and stop whining you stupid Tea Party Nazis.

Can't imagine why the Dems turned that offer down.  That was sarcasm, by the way.
Posted by Melinda at 11:33 PM Labels: Jerks, State of the Union 0 comments

The winds long to play with your hair

Dare to live the life you have dreamed for yourself. Go forward and make your dreams come true.  (Ralph Waldo Emerson)

To succeed in life, you need three things:  A wishbone, a backbone and a funnybone. (Reba McEntire)

You cannot be lonely if you like the person you’re alone with. (Dr. Wayne Dyer)

Adopt the pace of nature: her secret is patience.  (Ralph Waldo Emerson)

There is no pillow so soft as a clear conscience.  (French Proverb)

Forget not that the earth delights to feel your bare feet and the winds long to play with your hair. (Kahlil Gibran)

The most certain sign of wisdom is cheerfulness. (Michel De Montaigne)

Every time you smile at someone, it is an action of love, a gift to that person, a beautiful thing.
(Mother Teresa)

An early morning walk is a blessing for the whole day. (Henry David Thoreau)

A well-developed sense of humor is the pole that adds balance to your steps as you walk the tightrope of life. (William A. Ward)

I pray thee, Oh God, that I may be beautiful within. (Socrates)

When I play with my cat, how do I know that she is not passing time with me rather than I with her? (Michel De Montaigne)

Wherever you go, no matter what the weather, always bring your own sunshine.  (Anthony J. D'Angelo)
Posted by Melinda at 9:49 AM Labels: Words of Wisdom 0 comments
Newer Posts Older Posts Home
Subscribe to: Posts (Atom)