Are you a woman? Are you oppressed? The BBC knows what's up, and what's keeping us down.

It's been so long since I've been able to blog something like this. Reminds me of the glorious days of Attack Watch. Seriously, I kinda miss the Twitter of days gone by, and by days gone by I mean circa 2011.

Luckily this priceless piece of crap popped up on my Twitter feed this fine Monday evening and brought back the good times:

Because shoes, brow pencils and much needed (for those of us so blessed) upper-body support are clear evidence of The Patriarchy (TM) keeping us girls from succeeding in life. I'm sure the victims of female genital mutilation, women stoned to death for being rape victims, and those girls kidnapped by the Boko Haram and forced into sexual servitude are so thrilled the BBC is at the forefront of identifying what's really victimizing them. Take that, men!

Of course, I had to contribute. Sorry if TMI, but Orwell was right, some bras are more equal than others: 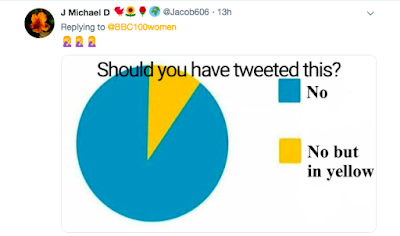 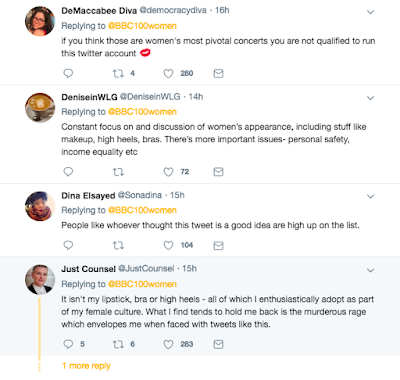 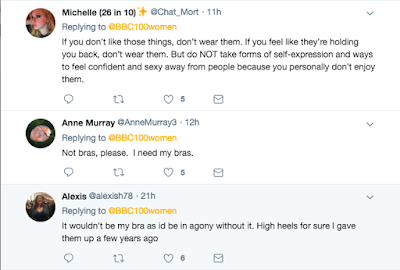 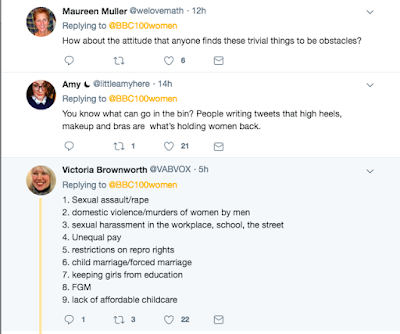 Click to biggify (HELLO AGAIN 2011!!!) if you can't read on the page. Totally worth the clicks. Twitter at its finest.

By the way, speaking of female empowerment, I recently found the best freaking lipstick ever. Bless you, Besame. You will be hearing from me again. Besame mucho!

Posted by Melinda at 9:57 AM
Labels: Blogging, Cool Stuff, I Customer, In the News, Jerks, LOL, Twitter