Just when I was thinking I'd just about had my fill of the toxic hate on Twitter, the Twitterverse took me back to the good old days when everyone could have their say without being censored by @jack and his crew.

So Lance Armstrong, who cheated his way to seven Tour de France victories then was unceremoniously stripped of his wins, titles, sponsors and reputation when it was revealed that despite his repeated denials that he had juiced to give himself an unfair advantage over his competitors, decided to take to Twitter today and brag about biking past an amateur cyclist: 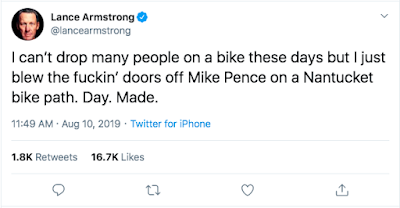 And just like in the good old days, Twitternation did its thing. Enjoy! I know I did! 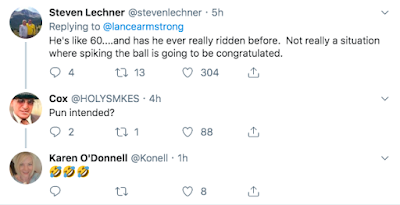 And this was the glorious killshot: 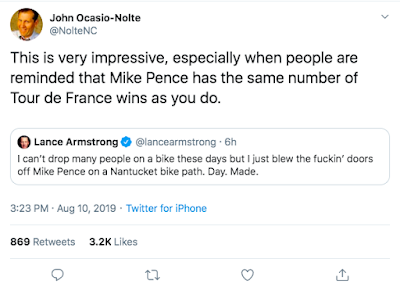 Posted by Melinda at 2:26 PM
Labels: Famous Idiots, State of the Union