...and I've already watched it twice. 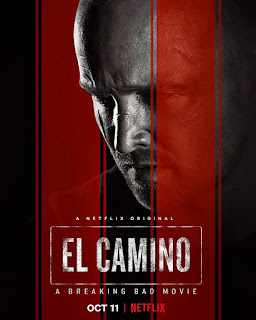 Some observations (with SPOILERS - you have been ALERTED):

Updated 7:45pm: News just hit that Robert Forster, who reprised his role of Ed, the vacuum salesman who moonlights by relocating criminals and setting them up with new identities for $125k a pop (and who was awesome in this) died today, the same day El Camino was released. Earlier today I was marveling at his performance and now this. Forster was 78 and succumbed to brain cancer. Such a bummer.