The return of South Park

Recently I've been thinking about South Park and how - when it eventually returned - they would handle this year's events. Specifically, I wondered how they would parody a world that has become beyond parody.

Turns out they're already back in production and return on September 30. And they're coming back in style - with a 1-hour season premiere. From South Park's Instagram: 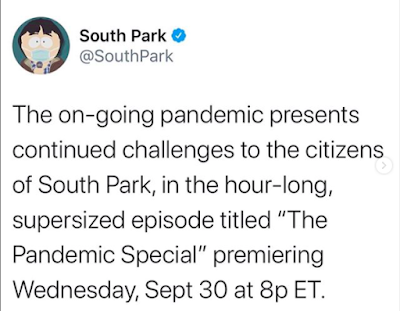 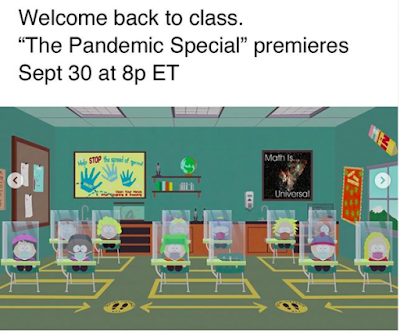 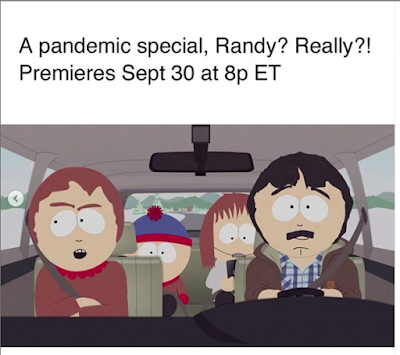 There's even a preview clip!

Please note that this episode airs at 8pm, not their usual 10pm, although according to the press release they're going to show it three consecutive times so you have no excuse to miss it.

I hadn't even heard about the show returning, and suddenly all this! Sweet!

Posted by Melinda at 12:17 PM
Labels: Health & Well-Being, In the News, Instagram, LOL, State of the Union, Television