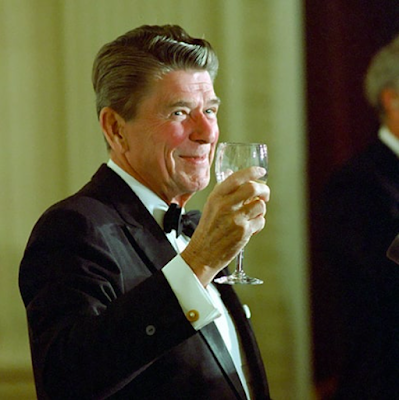 "Tonight we celebrate the coming of a new year, a time of expectation and promise. I believe it's going to be a very good year indeed." (From President Ronald Reagan's Radio Address to the Nation on New Year's Eve 1988)

My wish for 2021 is that it isn't another 2020, that the world regains some semblance of a sense of reason, and that we leave the insanity and evil of 2020 in the dust.

The most dangerous opponents of free speech in America today are mainstream journalists and social media companies, and the irony should be lost on no one. --Buck Sexton

You will never do anything in this world without courage. It is the greatest quality of the mind, next to honor. --Aristotle

Wake up early. Drink coffee. Work hard. Be ambitious. Keep your priorities straight, your mind right and your head up. Do well, live well and dress really well. Do what you love, love what you do. It's time to start living. --Unknown

There are two ways to be fooled. One is to believe what isn't true. The other is to refuse to accept what it true. --Soren Kierkegaard

Capitalism is relatively new in human history. Prior to capitalism, the way people amassed great wealth was by looting, plundering, and enslaving their fellow man. Capitalism makes it possible to become wealthy by serving your fellow man. --Walter E. Williams

It is with love and joy that I create my day. --Louise Hay

Don't let anything deprive you of hope. --St. Nektarios of Aegina

One of the most pathetic - and dangerous - signs of our times is the growing number of individuals and groups who believe that no one can possibly disagree with them for any honest reason. --Thomas Sowell

I fear the day that technology will surpass our human interaction. The world will have a generation of idiots. --Albert Einstein

Shortly, the public will be unable to reason or think for themselves. They'll only be able to parrot the information they've been given on the previous night's news. --Zbigniew Brzezinski (in 1972)

Make yourself sheep and the wolves will eat you. --Benjamin Franklin

My true self is free. I cannot be contained. --Marcus Aurelius

Kindness is like snow. It beautifies everything it covers. --Kahlil Gibran

Governments are fully capable of doing the unthinkable, and doing so suddenly with no exit plan, little consideration of cost, and a callous disregard for individual rights. --Jeffrey Tucker

The devil wouldn't be attacking you so hard if there wasn't something valuable inside of you. Thieves don't break into empty houses. --Victor Marx

I always tell my students to complicate your characters: never make it easy for the reader. Nobody is ever one thing. That's what makes characters compelling. --Marlon James

Life is very short and anxious for those who forget the past, neglect the present, and fear the future. --Seneca

Posted by Melinda at 11:09 AM Labels: Crime, Faith, Health & Well-Being, In the News, Media, Personal Drama, State of the Union, Words of Wisdom, Writing 0 comments

There's badassery, then there's this dude clearing snow off his driveway using a flamethrower 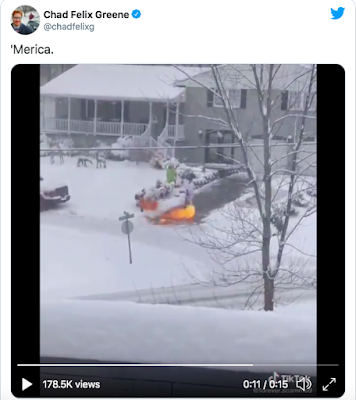 What a freaking stud. Click here to see the video. 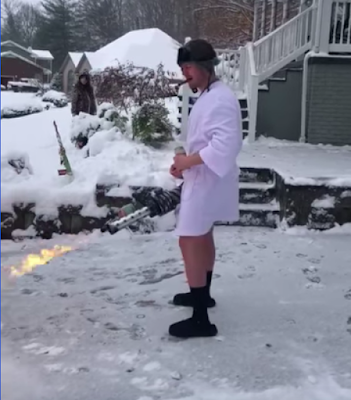 Dude is such a badass. Bet he's a lot of fun to hang out with. 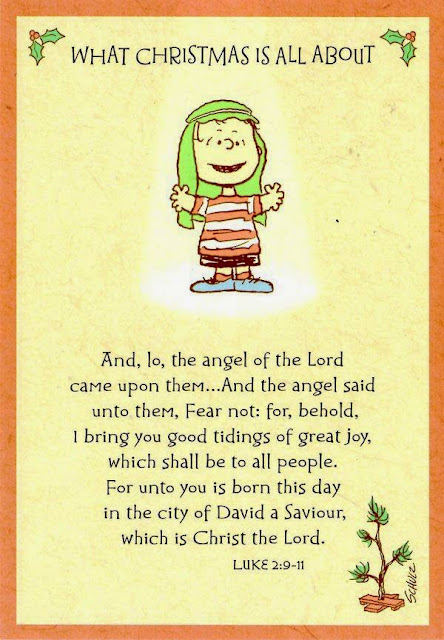 'Twas the night before... 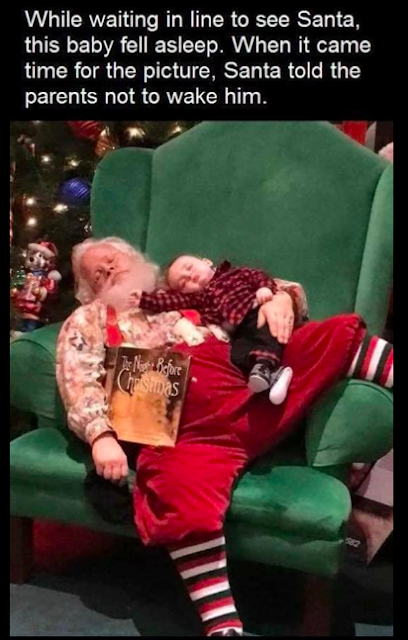 Posted by Melinda at 8:25 AM Labels: Holidays 0 comments 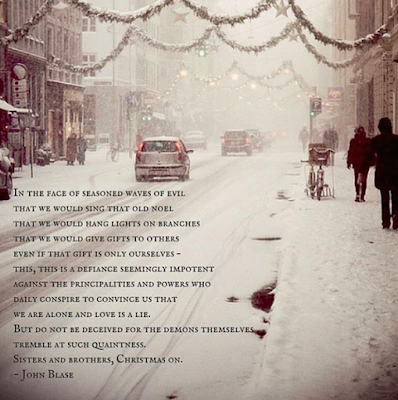 Posted by Melinda at 9:10 AM Labels: Holidays 0 comments 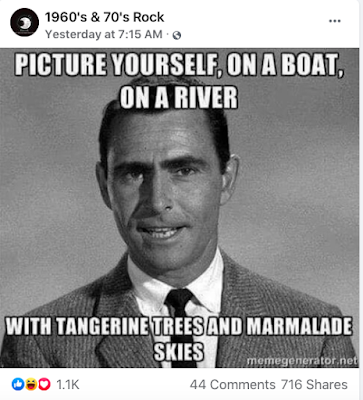 Face it, you'll never be able to not hear those lyrics in his voice now.

Even the Rose Bowl is leaving California for Texas

The traditional New Year's Day college bowl game will be played in Arlington, Texas instead of Pasadena.

I came across that news right after reading this shit: 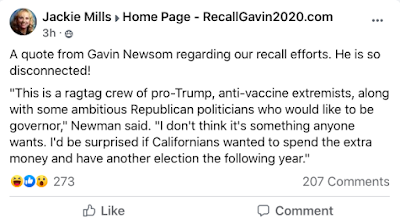 You can read more reactions to this post here.

From reading some of the responses, it looks like the quote possibly came from Newsom's spokesperson, but even so, it still expresses his opinion and is right in line with the arrogance and lack of concern he's shown over how his shutdowns are crippling California businesses and livelihoods, while flaunting the rules he imposes on us peons. Remember The French Laundry? Or how he kept his winery open over the 4th of July while shutting down the rest of the state?

Updated 12/23/20: Yep, it was his spokescritter. Still, he speaks on behalf of Newsom and it's not like Newsom has shown any sign of giving a crap about his constituents, so I stand by my belief that this is exactly how he feels about the people of California, who deserve better.

Posted by Melinda at 12:00 PM Labels: California, Facebook, Famous Idiots, I Customer, In the News, Jerks, Pasadena, The Plague 0 comments

Prepare to have your heartstrings yanked

Have some tissues ready.

I found out about this via AJ Benza's Patreon podcast. I kind of wish he hadn't given the end away, but even knowing what was coming, the tears were streaming. I won't spoil it for you. Do take the time to watch it.
Posted by Melinda at 12:47 PM Labels: Family, Holidays, Podcasts 0 comments

A little bit of Christmas spirit

Earlier this year The Brother and I discovered that the cemetery where our Mom is buried suspends the weekly cleanup of flowers and other items during the holiday season so that people can decorate grave sites for Christmas. I don't know when it starts, but they leave everything up until after New Year's.

I was out running errands this morning and decided to grab a few decorations for Mom's grave site. Nothing fancy, but now that I know I can do it, I thought she'd appreciate it. 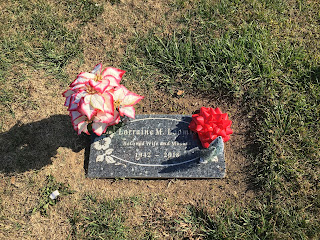 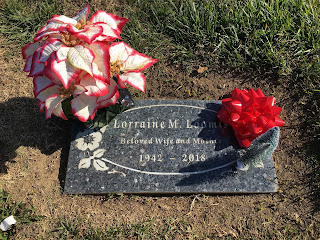 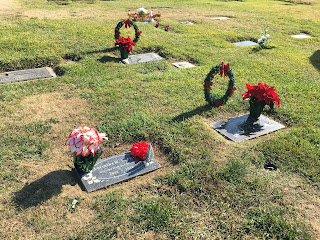 I might move the little fir trees in front of the bow. They don't show up very well.

One of the things that worked out is that while shopping I had bought scotch tape because I wasn't sure how much I had at home and I didn't want to run out while wrapping gifts. So I taped everything to the marker so it hopefully won't blow away.

There was a service breaking up nearby while I was there. I actually saw the guys start to lower the casket into the grave after the mourners had walked away. Speaking of the mourners, there were only about 5-7 of them. I've heard so many distraught comments online this year from people who were prevented from paying their final respects to family and friends, then these same people have to watch the same politicians who are telling us to lock down go out to restaurants, salons, and take trips after telling us to stay home. It must be so frustrating. In the blog post I linked to above, I talked about the huge crowd of mourners traffic we got caught in when we were there in January. It was like night and day compared to today.

Posted by Melinda at 2:56 PM Labels: Family, Holidays, State of the Union 0 comments

Offended? Here's a dime, call someone who cares. 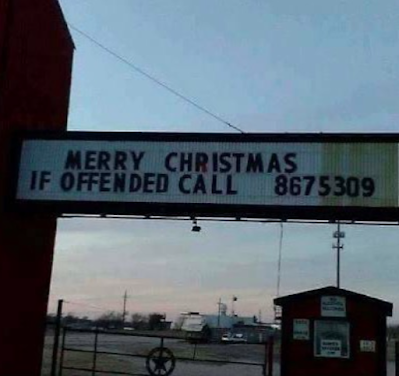 In case this ever comes up in a trivia game, you've got this one - the first person entered into imdb, the Internet Movie Database was...

The Scamdemic hits an all-time low 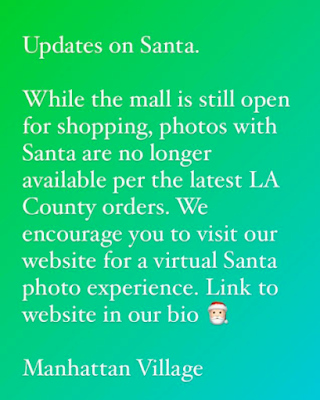 I wonder if the bars are still on Blanche's bedroom window... 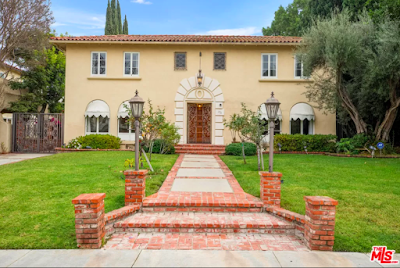 The Hancock Park (Los Angeles) house made famous as the residence of the Hudson sisters in What Ever Happened to Baby Jane? is on the market for the first time in almost 50 years. The price tag? Just under $3.8 million. No word on if the price includes a nosy neighbor on the driveway side.
The outside of the house is still instantly recognizable to most classic film fans, and speaking of the driveway, note the iron gate in case you want to cripple your annoying sister!

Alas, the interiors don't match the film. While the exterior of the house figured prominently in the story, interiors were filmed on a soundstage. In fact, if you scroll through the pictures in the listing, the inside of the house is depressingly modern. But the outside almost makes up for it. Not gonna lie, if I was some crazy gazillionaire, I'd buy the house and then pay a contractor to rebuild the interior to match the movie.

I wonder what kind of looky-loo traffic they get. 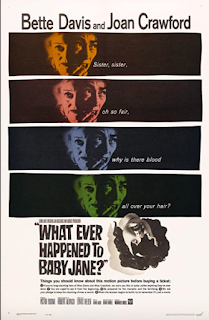 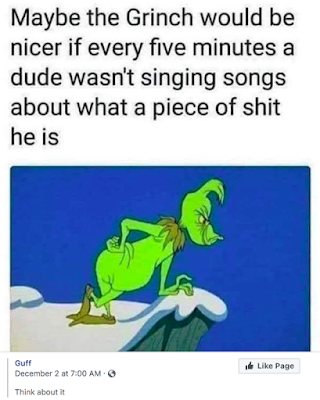 Maybe....???
Snicked from the internets a couple of years ago and I didn't note where I got it. If it's yours let me know so I can give credit where credit it due.
Posted by Melinda at 12:26 PM Labels: Animation, Holidays, LOL, Music, Television 0 comments 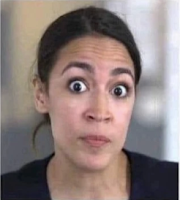 It didn't have the desired effect. In fact, it had exactly the opposite effect: Goya's sales shot up.

During an interview Monday, Unanue announced that thanks to the resulting 1000% sales increase following Ocasio-Cortez's tweet, he had named her Goya's "Employee of the Month" earlier this year.

And that, my friends, is how you deal with cancel culture.

Posted by Melinda at 6:19 PM Labels: Famous Idiots, Foodie Stuff, I Customer, In the News, LOL, State of the Union, Twitter 0 comments

From the Department of It's Funny Cuz It's True: Another joke about crime writers and their online searches 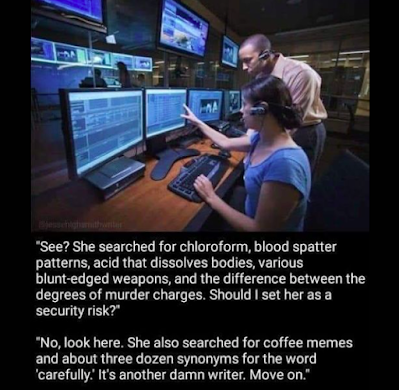 Posted by Melinda at 7:41 AM Labels: Crime, LOL, State of the Union, Writers, Writing 0 comments

Walter Mosley is teaching on MasterClass

The legendary author is now teaching fiction and storytelling on MasterClass.

Mosley's debut novel Devil in a Blue Dress is a great example of getting right into the story. Despite the fact that there is a certain amount of backstory to be revealed - Easy Rawlins is a war veteran who has just lost his job and is worried about paying the mortgage on his beloved house - pretty much the first thing that happens is that Dewitt Albright walks into the bar Rawlins is drinking in and presents him with an offer that will change his life and launch him into a career as a P.I.

This is a very welcome addition to MasterClass and I look forward to taking his class.

Posted by Melinda at 11:38 AM Labels: Books, I Customer, Writers, Writing 0 comments

It's the most wonderful time of the year! 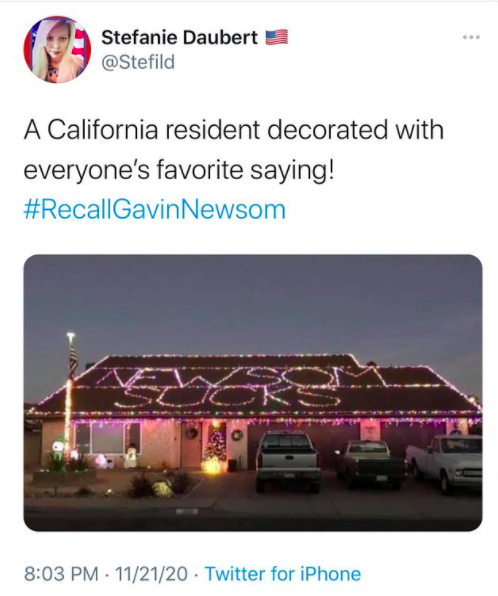