Back to the beach!!!

Great news - I'm moving back to the beach in a few weeks! 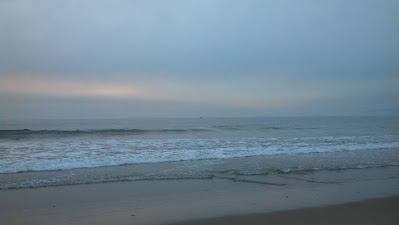 Back to the same apartment complex, in fact. I haven't been this happy in months, the past few years even, as you probably noticed if you caught the full-blown meltdown blog and social media posts that I would periodically put up and then take down later when I'd calmed down a bit.

It's a huge, beautiful apartment and I'll also have an office, plus I'm walking distance to the channel and the beach! And in good news for both Sophie and I, we'll have a fireplace again! So you can all look forward to many, many pictures of Sophie camped out in front of the flames. Those have been missing since the last move.

We can all also look forward to the return of beautiful sunrise and sunset pictures, now that I'll have access to unobstructed views again.

Other things that will be resuming are writing and cooking. I haven't been writing much since the beginning of the year due to stress and here's the story on that and not cooking: This will probably sound stupid to most people, but I've had a cricket infestation in my kitchen that wreaked havoc on my bug phobia. It wasn't the reason I moved back to the beach but it accelerated my plans (I'd originally been aiming for summer). So, silver lining and all that. But still, not fun or conducive the preparing food.

What happened is that just before Thanksgiving, I found four crickets in my kitchen within a week. Then it stopped during the holidays. I had a great Christmas and New Year's Day with plans to be busy and productive at home in the new year. Then on January 2, the crickets returned. Even after having Orkin out twice to spray, I was still getting them at the rate of about four a week. It got to the point very quickly where I stopped utilizing my kitchen. I'm a trained chef and I didn't want to go into my kitchen. How sad is that? Finally, in mid-January, I decided fuck it, I'm out of here. I started looking at apartments in Marina del Rey and last weekend I found my new home.

It will be so nice to lose the stress and be able to focus on writing, plus I really want to start cooking again. I'm looking forward to just being able to make a damn sandwich without freaking out about something gross jumping out at me. And I can look forward to just being happy and healthy and enjoying life. Even before the lockdown, I'd always been a homebody, so my home (and being happy and comfortable in it) is really important to me. And now I will be.

Pretty much the only downside is that it's been really nice to live within a half-hour's drive to The Brother's place. He's not a beach person so going out there to hang out isn't something I can dangle like a carrot to make him do that drive, plus it was convenient when I needed a big strong man's help around the apartment, especially when he became my go-to Dead Bug Disposal Team. But we'll make it work.

I'm so grateful to be going back home. I'm grateful to my leasing agent who was so patient while I looked at God knows how many apartments until I found just the right one. I'm especially grateful for The Brother who was so understanding and encouraging when I delivered the news that I was going back to being at least an hour away again, because I needed to go home.

I've gone from spending the first couple of months of this year feeling plagued and on edge to feeling so damn fortunate. And I will not be ungrateful again. This is truly a new beginning and I'm not going to screw it up.

And now I've got to get back to packing. 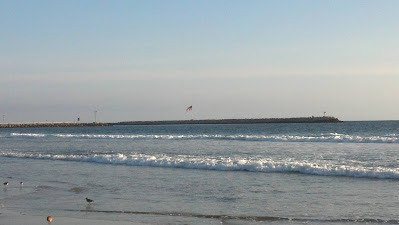