A Star is Foaled

There is a star-making search underway for a fat, unruly, stubby-legged pony to star in an upcoming live-action film based on the books of cartoonist Norman Thelwell. From the linked article:

First created in the 1950s Thelwell's cartoon ponies are easily recognizable. Incorrigibly naughty with large stomachs and short legs, the ponies constantly challenge their riders, who love them dearly despite their faults.

The main characters were based on Thelwell's daughter and her pony.

I can tell you from experience that the hardest part of the search will be finding a pony that meets their criteria for appearance. The unruly, incorrigibly naughty part will be easy, as anyone who has spent time around ponies can vouch for. They are little attitude machines. 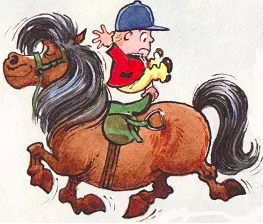 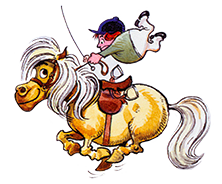 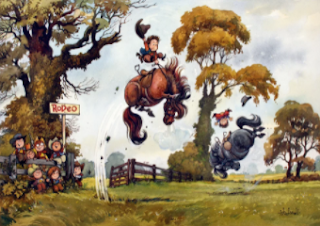 Images are from the official Thelwell site, and yes, I look forward to seeing Merrylegs: The Movie whenever it gets to a theater near me. Because horse-crazy girl never really grow up, and first pony dreams are dreams that never die.

Posted by Melinda at 7:12 AM
Labels: Books, Film, Horses, LOL