There's a documentary screening at the Telluride Film Festival that I'm already looking forward to seeing on the big screen: The Automat, a look at the rise and fall of the legendary cafeterias. I'm thinking there's going to be a bidding war among potential distributors. In addition to the big names involved in reminiscing about the old-fashioned eateries (Mel Brooks, Carl Reiner, Ruth Bader-Ginsburg and Colin Powell), the Deadline article linked above described it as "charming, nostalgic, and fun" and "joyous and a hoot".

In fact Brooks was so enthusiastic about the film that he wrote and performed a song for it. You can see a video of him performing it at the Deadline article. It's absolutely awesome and Deadline opines that it could earn the 95-year-old legend another Best Song Oscar nomination. After seeing the video, I'm pulling for him. Do check it out, especially - if like me - you're a sucker for anything that can be described as "sweetly nostalgic". 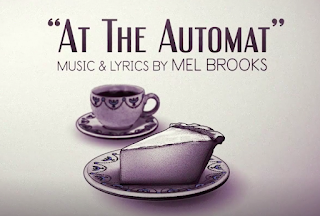