This is from the true crime desk calendar my brother got me earlier this year (bold mine):

In all, former Baltimore County police officer Joseph Goetz pleaded guilty to seven count of robbery for robbing banks to the tune of $280,274. He was sentenced to nine years in prison and two years of supervised release.

He had also robbed five additional banks, crimes he couldn't be prosecuted for because of the statute of limitations, and had previously served time for robbing a UPS truck.

But Goetz is best known for the November 2008 robbery of Susquehanna Bank in York, Pennsylvania. Shortly after the bank opened, Goetz, wearing latex gloves, approached three tellers and demanded money. The first teller fainted. The second teller then explained that they had no money, showing him the empty cash drawer. The third teller did the same. Goetz became upset and vowed to file a complaint with the bank before storming out. He was arrest a few blocks away and sentenced in January 2010. 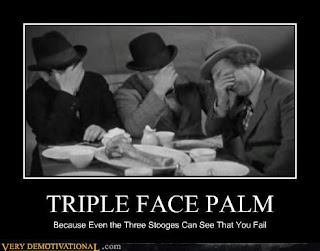