Verily, I say, this is genius!

The Hokey Pokey by William Shakespeare
Posted by Melinda at 1:34 PM 0 comments

In my ongoing (and so far not terribly successful) attempt to eat healthier, I finally signed up for Abundant Harvest's weekly box of organic produce.  I'm also going too add on a grassfed steak this week and see if I notice any difference between it and the ones I get at the supermarket.  My first box will be next Tuesday.

I love the concept and really hope it will get me eating a significant amount of fruits and veggies, especially ones I'm not familiar with and wouldn't buy on my own.  I just hope the small pickup window (1/2 hour) doesn't become a problem.

If you can afford a place like this in a location like this, I guess you can have pirates if you want. 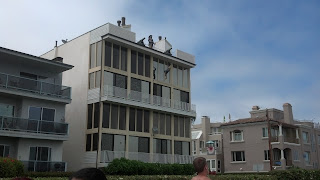 I wonder if the interior decoration is pirate-themed as well. 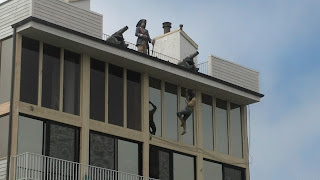 The fam and I nearly witnessed history Wednesday night when we attended Game 4 of the Stanley Cup Finals at Staples Center. We had great seats, but unfortunately the Kings didn't come through, keeping up an unfortunate trend for us this season. Seriously, I think we've attended seven home games now this season and we only have one win to show for it, and that was against the lowly Columbus Blue Jackets. On the other hand, asking a team to sweep (or be swept) in the Stanley Cup Finals is not terribly realistic. I'm not worried, the only way New Jersey can come back and win the Cup is for the Kings and ninja goalie Jonathan Quick to drop four games straight, and I just don't see that happening.

Got there early and got quite a few pics. There was quite the festival going on outside Staples and at L.A. Live.

Some banners and marquees: 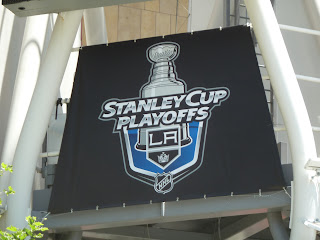 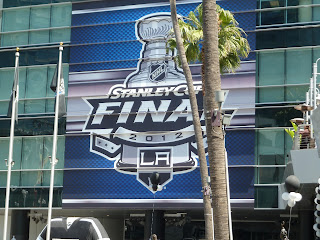 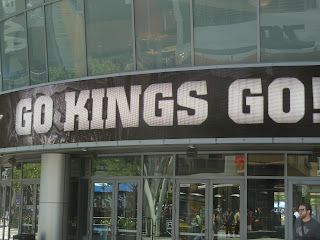 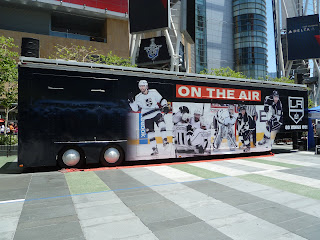 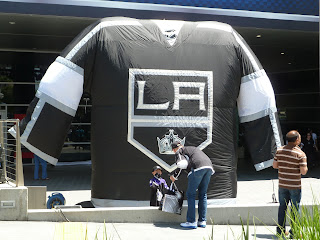 Finally got to see the much-talked about "Sandley Cup" display: 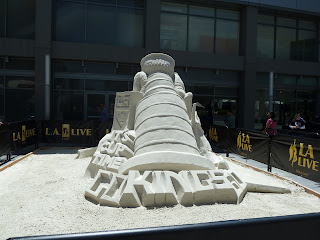 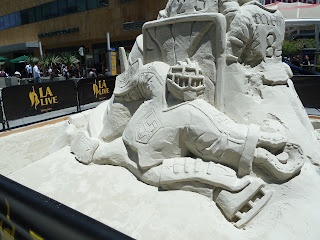 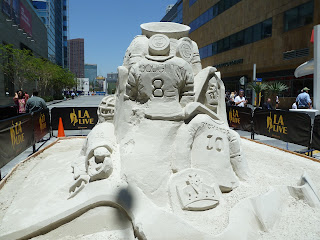 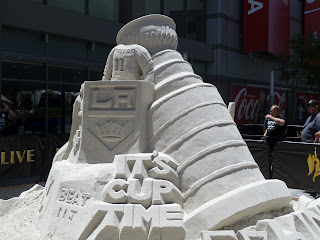 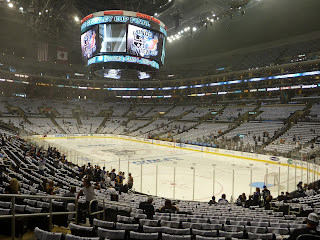 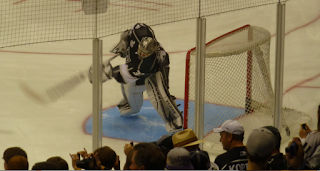 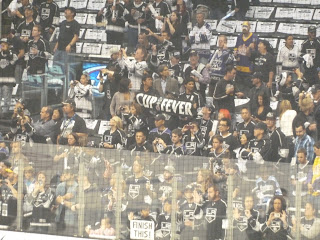 Unfortunately, the Devils didn't repent and the series goes back to New Jersey with the Kings leading 3 games to 1. 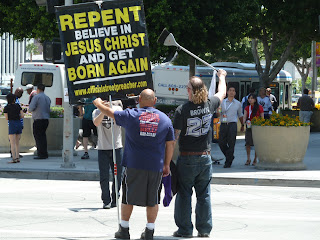 Full set of pictures from Game 4 is here.

In case you ever wondered what they were singing about (Spoiler alert: It's cake!)

Not just any cake either, but PIECE OF LOVELY CAKE!