When Charlie Sheen is the voice of reason

Sheen took to Twitter yesterday to bitch about Barack Obama spending valuable time on March Madness brackets, which to a lot of people (myself included) seemed trivial and unserious in the face of all the crap going on in the world these days.

TMZ caught up with Sheen today and asked him to elaborate on his tweet, and Sheen responded with something that sounded not at all batshit crazy and in fact, downright mature:

"I don't care about the picks, I care about wasting that kind of time. When the world is in the state its in right now, it just makes me insane. It's not cool, not cool. It's not fair to the families, and to whom we are as a republic. It's not fair and we deserve better from our President, and I demand it."

With the world going to hell in a hand basket, he makes a very legitimate point. He doesn't sound at all like a guy who is probably going to spend the weekend snorting coke off of hookers.

Not to mention that when I agree with a drug-addled nutjob on something, you know we're living in Crazy World.

Munchery, a dinner delivery service currently serving Seattle, San Fran and NYC, is coming to Los Angeles sometime this year. They're offering a free meal if you sign up for their waitlist here.

I've never heard of them, but their food sure looks good. 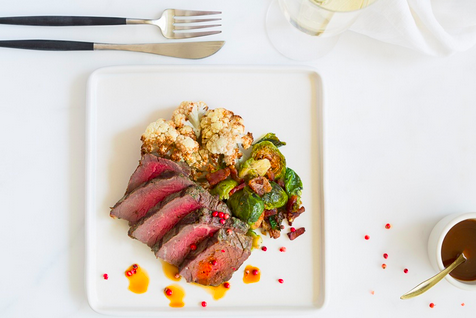 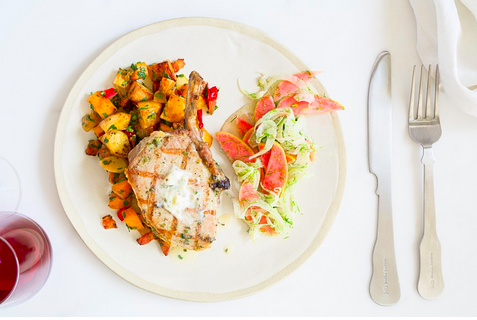 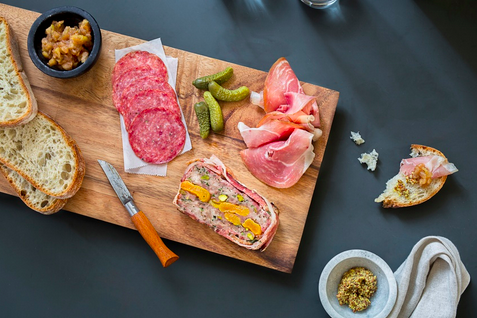 In case you've ever wondered, The Kitchn has you covered.

And would you like to know why they made a shitload of money last year?

It has something to do with the fact that they created Chipotle...and the rest of us didn't.

It's tough to make it in the restaurant biz, so props (and hopefully) big bucks to those who can actually do it. Because for most, not so much.

Red Eye, the popular Fox News middle of the night political/pop culture panel show, has been a favorite of mine for a number of years since I discovered it one night while channel surfing through a bout of insomnia. It's one of the smartest and funniest shows on the air in my opinion, rarely failing to make me laugh like a hyena. I DVR the show and watching it has been part of my morning routine for years.

One of the most noteworthy things about Red Eye is that despite its 3am (Eastern time) timeslot (midnight here in L.A.), it routinely scores higher ratings than primetime shows on CNN and MSNBC.

Host Greg Gutfeld drove the show's humor and pace. Unfortunately for rabid fans like myself, it was announced a couple weeks ago that Greg would be leaving Red Eye to develop a new weekend show for Fox.

Being a huge fan, I took the news hard and was just able to bring myself to watch Greg's final episode yesterday (because denial isn't just a big river somewhere). It was a great look back at some of Greg's favorite moments, bits and guests, but there were so many more that were classics to me that didn't make the cut. So here are some of my personal favorites, in no particular order:

Mike Baker's ugly, racist kids
Baker is a longtime and frequent guest, and he was one of the guests in this episode, so I was kind of surprised this didn't come up. It was a bit that just built up via the stories covered on that particular appearance and Baker, a quick-witted former CIA operative, rolled with it.


Greg: "Say what you will about Hitler
baby, but he does sleep through the night."


Dana Vachon and Jesse Joyce trade insults during the Halftime Report
Vachon was filling in for then-ombudsman Andy Levy, who was filling in as host for Greg, and the back and forth was mind-boggling.


Red Eye remembers Andrew Breitbart
Breitbart was instrumental in getting Greg on Fox. He appeared on the first episode and many more guest appearances followed. When he died unexpectedly three years ago, Red Eye dedicated an episode to his memory. It could have been a depressing affair, but in true Red Eye fashion, it turned out to be a fun, humorous and heartfelt celebration of Breitbart's life, work and eccentricities.


Rep. Thaddeus McCotter: "He knew that politics
was a part of life, politics was not life and
if you disagreed with him he did not hate you."

Robot Theater
This was a thing a few years ago (back when the Taiwanese animation became famous) and they did show a brief clip on Greg's goodbye episode. I'd forgotten about Robot Theater, which is odd because at the time it was one of my favorite parts of the show.

Robot Eric: "But that's what we do at
Media Matters. They give me food
pellets for every empty Fox story I write."

Rep. Thaddeus McCotter
McCotter is a cerebral, guitar-playing former Congressman from Michigan who has the most incredibly brilliant and dry sense of humor. I wish he'd run for president. I'd love to see an America run by a guy like this.

Rep. McCotter: "Well, there's a health
fitness center and I don't go there very much
because A) they don't have ashtrays..."


Andy: "It was disrespectful of me to draw attention
to the fact that you put your girlfriend in the hospital."


Frequent guest Sherrod Small singing along to the Lighting Round intro


NBC cafeteria serves fried chicken in honor of Black History Month
Professor Marc Lamont Hill played along with surprising good-naturedness and comic flair when Red Eye covered the story about the NBC cafeteria serving stereotypical African-American fare to "celebrate" Black History Month. I say surprising because he wasn't always the most humorous guest, but he knocked this one out of the park. Also, imagine how much bigger this story would have been if it had been the Fox cafeteria.


Andy: "No reason you or one of the many, many
people on your staff should do five minutes of
research before you basically do the equivalent of
running something from The Onion as a real news story."

And there were so many other great guests over the years that I can't even begin to name them all, but they entertained me and made me laugh like crazy. Off the top of my head: Tom Shillue, Jedediah Bila, Ambassador John Bolton (aka President of Red Eye), Alison Rosen, Dana Perino, Remy Spencer, Andrew W.K., Buck Sexton, Terry Schappert, Amy Schumer, Stephen Kruiser, Greg's mom (RIP Jackie Gutfeld!), Kevin Godlington, Steven Crowder, Lauren Sivan, K.T. McFarland, Imogen Lloyd Weber, The Notorious PAB, Father Jonathan, Larry Gatlin and so many more. Even Billy Zoom, guitarist for legendary L.A punk band X, was once a guest. He looked like a high school history teacher.

End of an era.

Such a great show. I will miss Greg like crazy and look forward to his new show.

And since it's been one of the biggest topics of conversation among the Red Eye faithful the past two weeks, here are my choices for new host: 1) Mike Baker, and 2) Tom Shillue, who's really my first choice because I don't think Baker is available to host full-time due to his other ventures, although if he was, that would be great.

Updated 3/20/15: I watched last night's episode with Sherrod Small hosting via DVR today, and he just went onto my list of host choices along with Mike Baker and Tom Shillue. Great job.

Not sure what took someone so long to do this, but I WANT WANT WANT!!!

I swear to God I would totally buy this epic thing right now, except for one small problem...the equally epic price tag: $120k.

Not sure why it has to be that expensive. Make it comparable to a new Toyota and you've got a buyer. Me.

Even I would fly this airline. 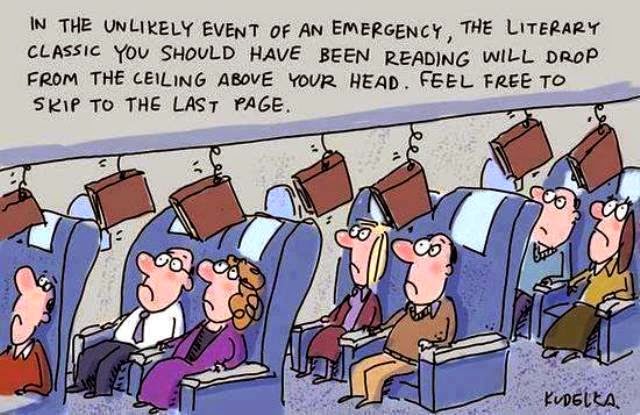 I could get into this type of yoga:

Posted by Melinda at 6:30 AM Labels: Foodie Stuff, LOL 0 comments

What did Brown do for this kid? A lot, actually. Wait until you see what prompted this face.