A little something different this month - this is a poem that I first discovered when it was included as part of the "In Memory" card for my Uncle Bob when he passed away many years ago. I'm not sure who decided to use it, and the author is Anonymous/Unknown, but it is incredibly apropos for a memorial.


Miss Me But Let Me Go

When I come to the end of the road
and the sun has set on me,
I want no rites
in a gloom filled room,
why cry for a soul set free?

Miss me a little - but not too long,
and not with your head bowed low.
Remember the love that we once shared,
miss me - but let me go.

For this is a journey that we all must take,
and each must go alone.
It's all part of the Master's plan,
a step on the road to home.

When you are lonely and sick of heart,
go to the friends we know.
And bury your sorrows in doing good deeds,
miss me - but let me go.

Your next stop: This crazy, insane video

I don't know how in the world this guy pulled it off, but he did and it's freaking amazing, so check this out: every single Rod Serling Twilight Zone introduction synced up to his final words, "...The Twilight Zone".

If you want to throw him some props, you can check out his YouTube page here.

H/T to BoingBoing for the link.

For this adorable (and smart) dog, money does grow on trees!

Get ready for your feel-good story of the day: this dog has learned to "buy" his daily treats.


Pic snicked from the story. H/T to Cowboy Magic on FB for the link.
Posted by Melinda at 11:44 AM No comments:
Labels: I Customer, LOL

Just because you can, Yahoo Email, doesn't mean you should

One of the perks of Amazon Prime is that you get a free Kindle book download each month. I recently chose American Princess: The Many Lives of Allene Tew for my April selection and this is what happened when Amazon sent the email order acknowledgement: 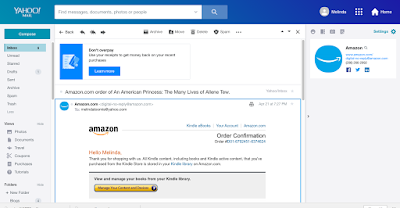 Specifically, this part where apparently Yahoo decided to get into the act: 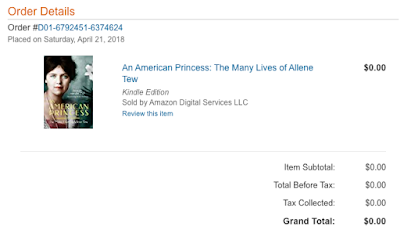 This also popped up on another recent order and I sort of hoped it was a one-time thing. Unfortunately, it looks like it may be an ongoing thing. It's also annoying as hell. Hopefully it will go away at some point. Please go away.

And this isn't even getting into the part where apparently Yahoo is scouring our emails looking for our online orders. It's almost like giant internet companies don't respect or care about our privacy!

Posted by Melinda at 2:28 PM No comments:
Labels: Books, I Customer

And for the hat trick... 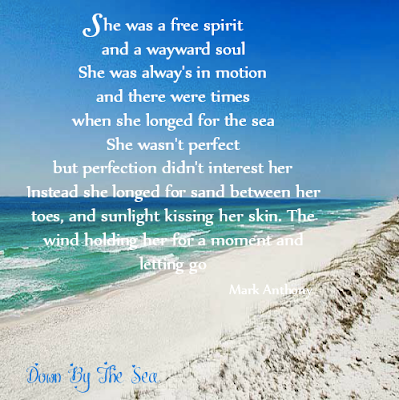 Posted by Melinda at 12:29 PM No comments:
Labels: Beaches 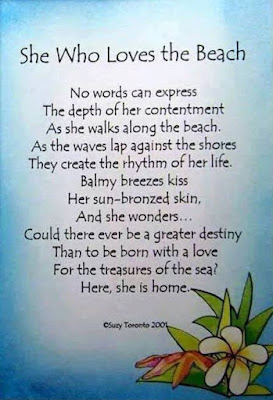 H/T to Mermaid Musings on FB.

Posted by Melinda at 10:00 AM No comments:
Labels: Beaches 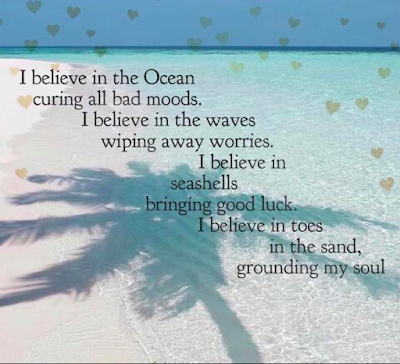 Posted by Melinda at 10:56 AM No comments:
Labels: Beaches

And we are forever indebted...well, most of us

Behold, the creator of velcro!

My favorite part of the story is how he got his inspiration from burrs that would stick to his dog's hair.

Speaking of pets and velcro...


Unfortunately her tongue gets under the collar and sticks to the velcro when she's grooming herself, so I'm looking for Wilma's old collar, or will eventually need to find one like it. Cats and velcro just don't seem to mix.

Posted by Melinda at 9:34 AM No comments:
Labels: Cool Stuff, Sophie

This is pretty much my worst nightmare

A Southwest Airlines plane made a successful emergency landing yesterday after an engine blew, sending shrapnel into the plane, breaking a window, and depressurizing the cabin. One woman was partially sucked out of the plane, but was pulled back in by her fellow passengers. I'd need years of therapy after experiencing something like that. Initially she was thought to have survived, but turned out to be the lone casualty due to injuries sustained. But she was the only casualty, thanks largely to a badass pilot.

According to news reports the plane was at 32,500 feet when the incident occurred and it fell at a rate of 3,000 feet per minute before the pilots leveled it out at 10,000 feet. That's always been the part that scares me most when I think about meeting my maker in a plane crash - taking that ride down. The feeling of free-fall is terrifying to me. Heck, perfectly normal descents freak me out. I can't imagine what those passengers went through, nor do I want to.

And then there was this guy, who had the presence of mind bust out his camera and start filming. I don't know how those people stayed so calm. I'd be petrified.

Mind-boggling pictures taken by passengers of the damage quickly popped up on social media:


Back to the pilot, the incredibly awesome Tammie Jo Shults, a former Navy fighter pilot who remained inhumanly calm and landed the plane with no further damage to either the aircraft or its passengers. She's being hailed as a hero and rightly so. She's kind of like a female Sully. I hope she gets a book deal, I'd love to read about her life and experiences, and what was going through her mind when this incident occurred. She sounds like an absolutely amazing person.

I feel awful for the passenger who died and her family, but it could have been a lot worse and I'm just glad it wasn't. And if I'd been on that plane, it would probably have been the last time I set foot on an aircraft. Just crazy terrifying.

Posted by Melinda at 7:06 PM No comments:
Labels: I Customer, In the News

I bookmarked this because I will probably need to refer to it a lot: Grammar Questions: When Do I Spell Out Numbers?

There are probably violations of these rules all over this blog.

Posted by Melinda at 12:03 PM No comments:
Labels: Blogging, Writing

I was overcome with joy over the return of Joel McHale in front of a green screen and took to Twitter to express my elation. This was the result:

A while back I blogged about an article suggesting that writers aim for one hundred rejections per year.

I don't know that I can reasonably aim for one hundred submissions in a year, but I did hit a milestone of sorts last week when I received two - count 'em, TWO - rejections in the same day! Progress!!!

The publications were an online magazine and a local anthology. The rejection from the anthology noted that they received enough entries to fill four books, so I guess that's a comfort.