Heads up! "Jaws" on the big screen! 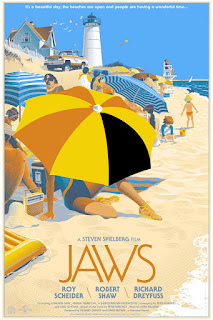 Via Fathom events, and you have your choice of June 21 or June 24.

I got to see it at the Alex Theatre in Glendale a few years ago (blog post here), and it was a blast with a live audience. I also came within one raffle ticket number of winning a copy of the script autographed by screenwriter Carl Gottlieb, who was interviewed prior to the screening. That was a bummer, but I was able to get an autographed copy of his book The Jaws Log, so that took a lot of the sting out.
Posted by Melinda at 5:34 PM 1 comment:
Labels: Film, Screenings

Another Kids in the Hall list: The best of Season 1 (Part 1)

Update: Just realized this was just the first disc of Season 1. Since this is already a long post, I'm going to go disc by disc (three per season, the fourth discs are extras).

With The Kids in the Hall on tour, the internet has been inundated with "top sketches" lists. Since I'm seeing the Kids next week, I thought I'd binge-watch the series and make my own top sketches lists, season by season. First up, of course, Season 1, along with video when available.

"Ballet" (Episode 1)
Mark as the matriarch of a dance academy and Kevin as her supposedly most-gifted student. Favorite part: when Mark utters, "And one more thing. I'm kidding," and bursts into laughter.


"Crushing Your Heads (Parts 2 and 3)" (Episode 1)
The first sketch to take on one of the Kids favorite targets: corporate drones. In the first segment the Head Crusher flattens the heads of said drones and a bike messenger. In the second one (no video) he goes after a Ralphie Parker-like child who earns his enmity because the kid wants to be businessman when he grows up.


"I just renamed your firm Merrill, Lynch
and the Flatheads!"


"Cause of Cancer" (Episode 1)
Dave announces that during rehearsals the Kids stumbled across the cause of cancer. Spoiler alert: it's a not very contrite Bruce.


"I'm sorry I caused all that throat cancer and
all that bowel cancer. I was just on a roll."


"Sketch Comedy" (Episode 2)
A listless Dave explains the art of sketch comedy with a "what if" premise...that premise being what if a man (Scott) wakes up to discover that his chest had been colonized by Spain.


"I claim this chest for Mother Russia.
Good morning!"


"Womyn" (Episode 2)
Pretty much on everyone's list of top Kids sketches. The guys are playing cards when Dave gets a little emotional, leading to each of the Kids getting in touch with their feminine sides.


"Citizen Kane" (Episode 3)
Dave is trying to remember the name of the movie he watched the night before. It's a classic about a newspaper tycoon played by Orson Welles, and there's a sled called Rosebud, but he's insistent it wasn't Citizen Kane, sending Kevin over the edge.


"Country Doctor" (Episode 4)
Dave as a country doc with no sense of urgency whatsoever, so much so that the wife (Kevin) of a dying farmer (Scott) has to save him herself by literally fighting off the Grim Reaper.


"Won't those flatheads be a sensation, eh?
They'll say Nancy, who's your head crusher?
Me, by appointment only!"


"Running Faggot" (Episode 6)
Scott (the troupe's resident gay) plays the title character, a not-heterosexual folk hero who helps a young'un (Kevin) care for his puppy and then averts an Indian massacre - among other things - as he roams the old west, serenaded by Mark and Bruce.


"Flogging" (Episode 6)
A couple of uptight executives (Dave and Kevin) head to the gym to blow off some steam. It's not what you think. The title is literal. (No video). "No, I'm serious. Pack your things and be out in half an hour."


"Can I Keep Him?" (Episode 6)
A young boy (Bruce) adopts a stray businessman (Kevin), but eventually has to reluctantly return him to his own (corporate) world. One of Kevin's best performances.

Posted by Melinda at 5:03 PM No comments:
Labels: Television

It's shaping up to be a film noir summer

As part of their "Summer of Darkness", TCM is presenting the online film noir course Into the Darkness: Investigation Film Noir. Pretty much dream school, as far as I'm concerned. And it's free! What are you waiting for? The class begins June 1 and runs through August 4.

Oh, and this is happening: Double Indemnity on the big screen.
Posted by Melinda at 12:14 PM No comments:
Labels: Film, Screenings, Television

Kentucky and the Netherlands.
Posted by Melinda at 10:31 PM No comments:
Labels: Horses

Can you refreeze meat?

According to Epicurious, the surprising answer is yes. But there are caveats. Article is here.

Posted by Melinda at 6:19 PM No comments:
Labels: Foodie Stuff

Via Eater L.A., it's The Los Angeles Beat's "master list" of the oldest surviving restaurants in Los Angeles (and a few in Orange County). In nine-point type it came out to nineteen copy and pasted pages. I'm kind of appalled how few I've been to and am thinking about making it a mission to hit as many of the other ones as possible.  The ones I've actually been to:

Posted by Melinda at 9:56 AM No comments:
Labels: Foodie Stuff

Advice from the web: Onion rings and fish

From Epicurious: How to Make the Best Onion Rings (they claim) at Home and Crispy-Skinned Fish.

Posted by Melinda at 6:21 PM No comments:
Labels: Foodie Stuff

From Country Living: The 9 Biggest Mistakes You Make Baking Cookies.

From Le Cordon Bleu: The Proper Way to Cut a Steak.

Posted by Melinda at 6:23 PM No comments:
Labels: Foodie Stuff 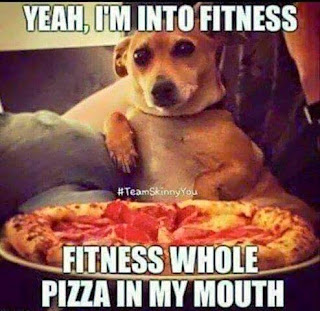 H/T to Holly Fisher on FB.