Goodies for The Brother's office

Made Dried Cherry Shortbread (from The Art of the Cookie) and Raspberry Palmiers. For next time: cut the amount of raspberry jam in half. Used way too much.

Apparently the office loved the goodies and pretty much devoured them by the end of the day. And it wasn't exactly early when I made the delivery. 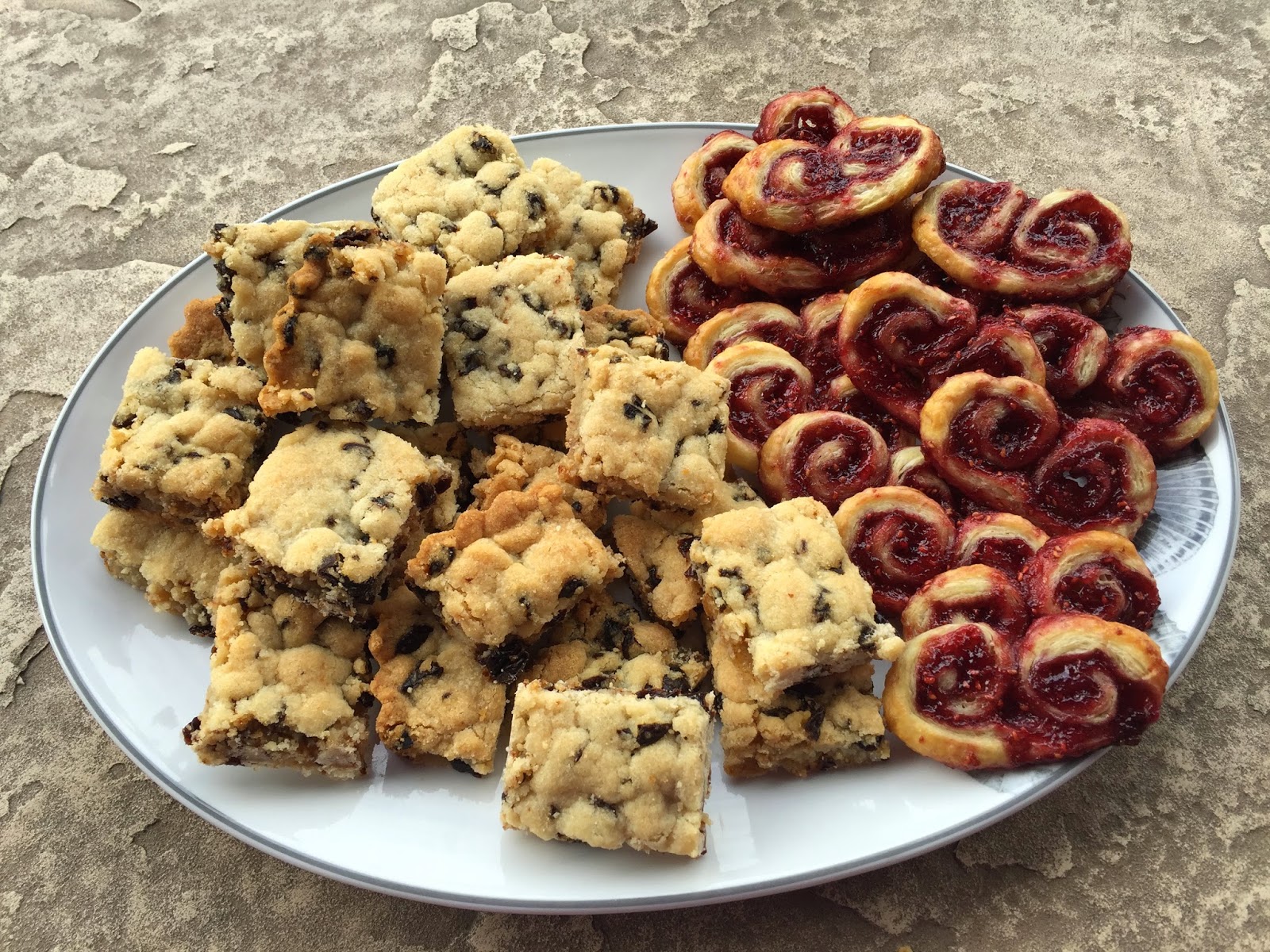 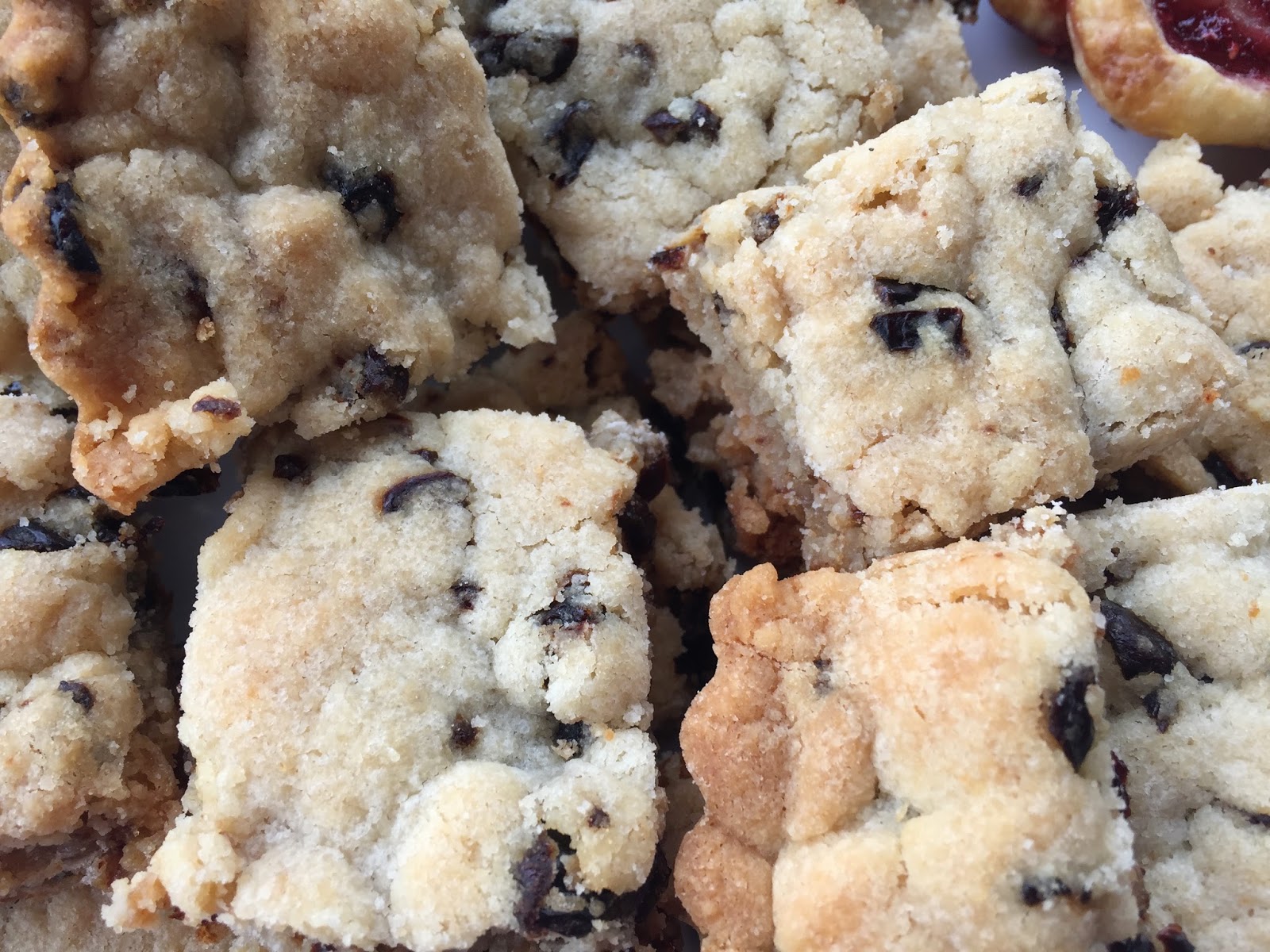 It's crazy how well See's knows me 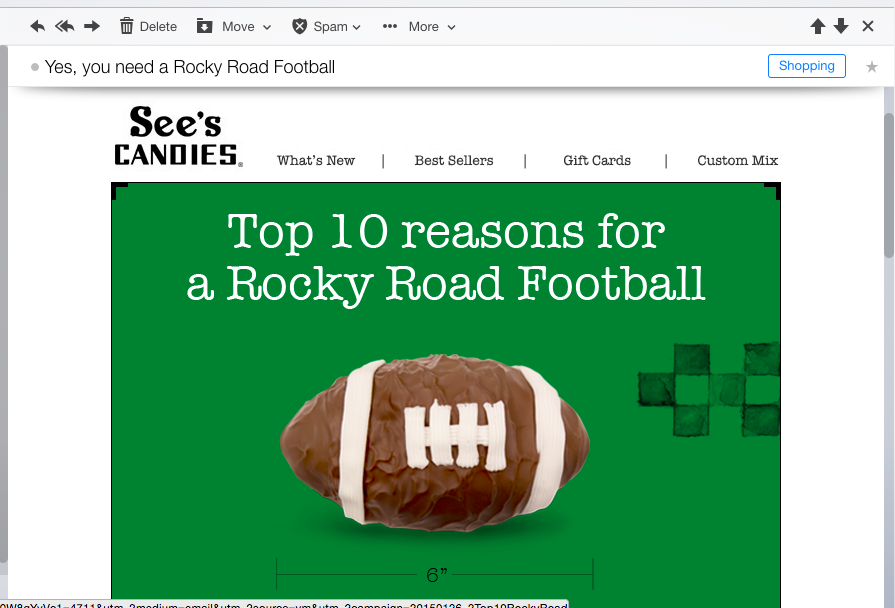 Then again, who doesn't need a Rocky Road Football?

Last summer I started piecing together my All-Clad collection, thanks to tons of the stuff turning up at places like Home Goods and Marshall's. It's still expensive, but it would be even more expensive if I was buying it full price.

My Mom has also been keeping an eye out for pieces when she's out shopping and found this 8-quart stockpot right before Christmas, so it was one of my gifts: 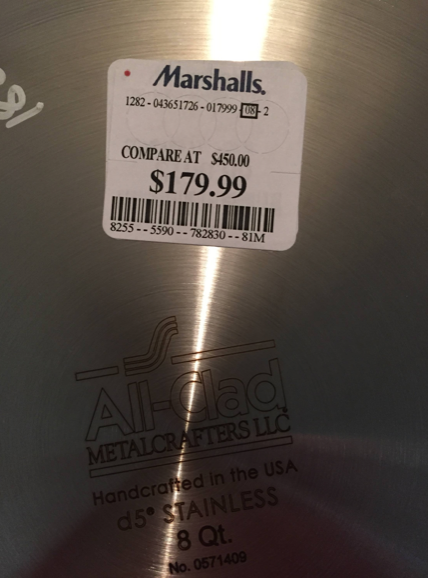 Actually, it compares at about $300 on Amazon, but still, good deal. 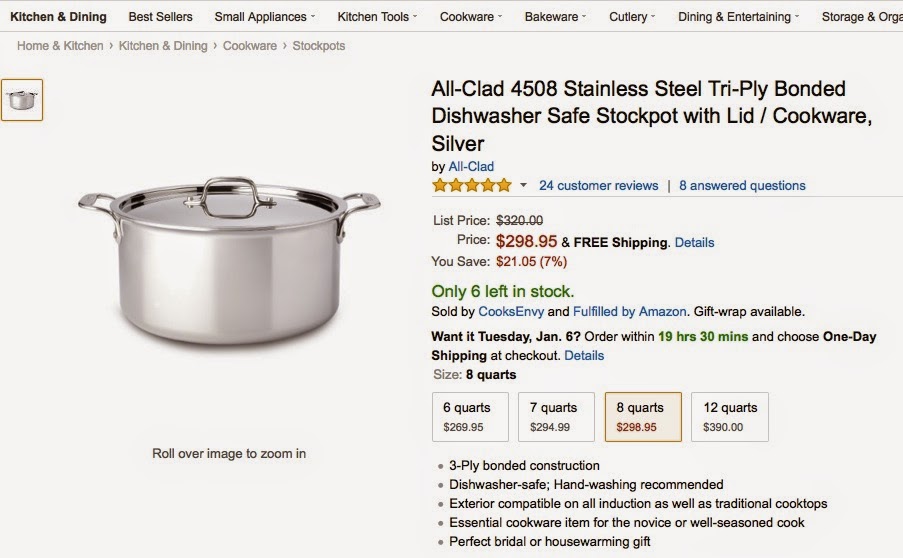 I'm going to break it in tomorrow with a batch of my Grandma's Beef Vegetable Stew. I haven't made it in ages and we're having soup weather, so I think it's about time.

Posted by Melinda at 2:01 PM No comments:
Labels: Cooking, Shopping

Something I just realized about the cat's Christmas gift...

...is that I pretty much paid ten bucks for an empty box. 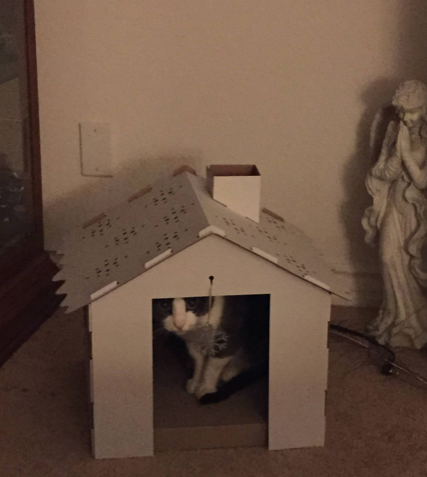 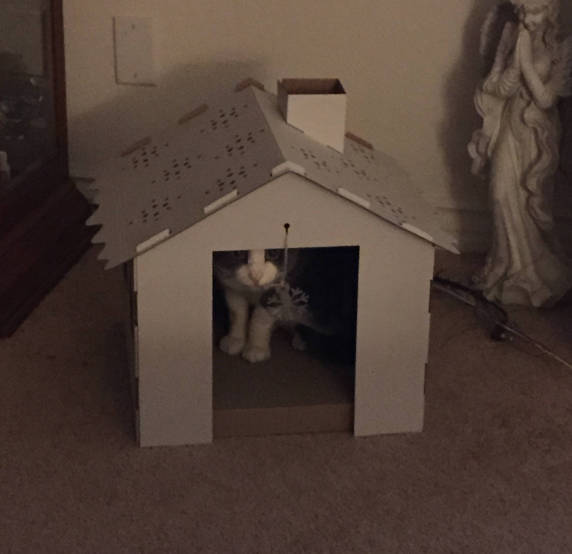 So spoiled.
Posted by Melinda at 1:18 PM No comments:
Labels: Holidays, Sophie

This week is when I should have started my full-time baking and pastry program. I had decided to switch to what is referred to as the "Pro" program (once a week for five months) but when I woke up yesterday (the first day), I just wasn't feeling it. This isn't what I signed up for and I couldn't work up any enthusiasm for it. I started out looking at 30 hours per week, then down to 13-1/2, now down to four hours per week. And some of the Pro classes repeat stuff I already covered in culinary school.

So I made another decision. This isn't what I was sold. It isn't what I signed up for. I had no desire to get out of bed.

I've decided I'm not going to do this program. I'll look around for some other programs. Maybe I can find something that's really full-time that doesn't require two years out of my life, but if not I can just take recreational classes to cover baking and pastry stuff we didn't cover in culinary.

I'm so bummed about the way this turned out.

Do the right thing

One of the things on my Mom's Christmas list was the Season 13 DVD of Poirot. We're both big fans and these are the final Poirot episodes, as the series has just ended.

I ordered the DVD from Amazon along with a couple other items. And as Christmas approached, the other items, which shipped separately, arrived but Poirot did not. A few days before Christmas, I checked to see the status of the order and was horrified to find that per Amazon, it had been delivered a week earlier. We've had some packages go missing at my apartment complex, but the DVD by itself would have fit in my mail box and wouldn't have been left out where it could be snatched. To make things worse, there was no longer enough time to reorder it in time for Christmas.

I reported this to Amazon and to my amazement, they replied that they would assume the item had been lost in the mail and would process a refund immediately, which they did. Even better, my local Barnes & Noble had the DVD in stock (albeit a bit more expensive), so Mom got her Christmas gift.

Then on the Monday following Christmas the DVD shows up in my mailbox. For some reason I hadn't ordered a copy for myself, so I decided to keep it. I reported this to Amazon - asking that they reverse the refund - and received this response:

Posted by Melinda at 8:22 PM No comments:
Labels: Family, Holidays, I Customer

Today was the day I was supposed to start my full-time Baking & Pastry Program. Trying to find some other options, but for now I could not be more sad-facey. 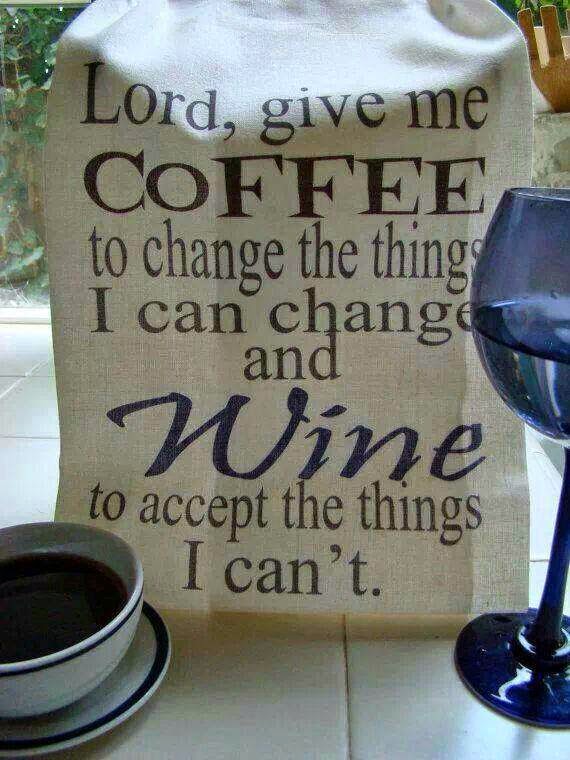 Too late for this year, but totally adorbs 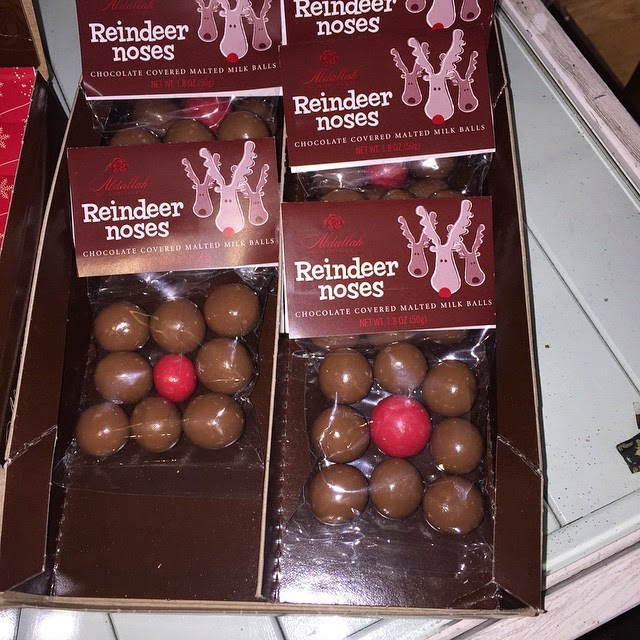 Found at Magnolia in Arcadia.