Probably the shortest list since I started doing the Words of Wisdom posts. Guess everyone was busy getting ready for the holidays.
It's okay to fall down and lose your spark. Just make sure that when you get back up you rise as the whole damn fire. --Colette Werden

Reality is merely an illusion, albeit a very persistent one. --Albert Einstein

Set aside a certain number of days, during which you shall be content with the scantiest and cheapest of fare, with course and rough dress, saying to yourself the while: "Is this the condition that I feared?" --Seneca

The further a society drifts from the truth the more it will hate those who speak it. --George Orwell

For her the ocean was more than a dream, it was a place she needed to visit to find herself. --Jose Chavez

The New Yorker examines L.A.'s fascination with car chases and is actually pretty fair about it

The New Yorker looks at L.A.'s obsession with car chases:


And The New Yorker is right - we are obsessed with them. In this clip, someone suggests airing them after the fact, but I think a big part of the reason we can't stop watching is because they are live, and no one knows what is going to happen next. You don't have to worry about someone on Twitter spoiling the outcome. Another thing is that it's interesting when we recognize neighborhoods, cities, streets and freeways. It gives you a sense of being part of it.

I think the New Yorker actually did a pretty objective, if brief, job of trying to explain this phenomenon, although I do wonder where they got the "13,000 killed by police pursuit" number. Except for the guy who shot himself and a couple people killed in crashes, rarely do these seem to end in death, at least here in L.A. I personally have never seen a fatal crash on TV and I really hope the number isn't that high.

And yeah, the TMZ van trying to end a pursuit is definitely the most Hollywood thing you'll see all day.

On the downside, as I type this The New Yorker's website also has an article entitled "The Case For Not Being Born", which promptly made me think of The Twilight Zone. The title alone is so creepy, I feel like the only way I could get through it would be by imagining it being read by Rod Serling. I think I'll stick with the car chase video.

H/T to Curbed LA on Twitter for this one.

You can actually go down to South Park...and remain part of it forever

Trey Parker and Matt Stone are offering fans a chance to not only meet them and visit the South Park Studio (which I've heard is actually cleverly hidden somewhere here in Marina del Rey, unless they moved at some point) but also to be immortalized as one of the show's "random townspeople", complete with your own voice attached to your character. 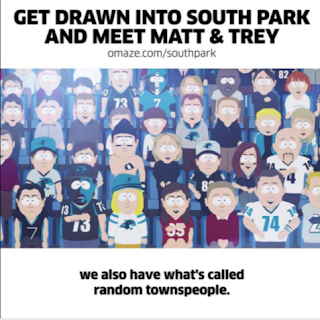 You enter by making donations here, where you can also see a video of the guys describing the experience, which includes being an accessory to their procrastination. All donations go to NEXT for AUTISM, "a nonprofit organization that transforms the national landscape of services for people with autism by strategically designing, launching and supporting innovative programs."

Each donation buys multiple entries and some of the donations have additional prizes attached - $2,000 includes a signed South Park script, $5,000 includes an autographed Towelie skateboard or an outgoing voice mail message in either Butters or Kenny's (!!!) voice.

How bummed was I that these two were already sold out by the time I checked the site? Pretty bummed. 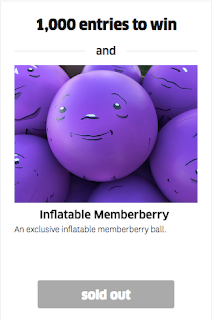 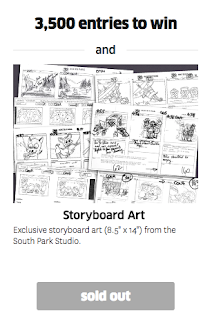 Good news - my writer's block seems to have lifted

The idea that's been percolating for the Mystery Writers of America anthology is finally shifting into actual story form as of this morning. That's the good news.

The bad news is that the deadline for submission is this Friday. Guess who couldn't get anything going until right before deadline? This girl! Will I make it in time? I guess we'll know in less than a week. Stay tuned!

Will be spending mine with the family. Hope you have a good one too. 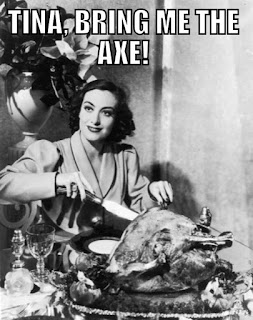 Posted by Melinda at 8:12 AM Labels: Family, Holidays 0 comments

If Hemingway was still alive, MasterClass would probably snag him as an instructor 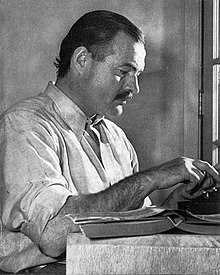 Unfortunately Papa is long gone, but you can still get writing advice from him: How to Write Better Prose According to Ernest Hemingway.

One that I always have trouble with is writing short sentences. I do love my run-on sentences. I also like how Wainwright expounds on Hemingway's concept of "Write drunk, edit sober" from a non-alcoholic point of view. But it's all good advice.

A Navy pilot decided it would be fun to do a little creative skywriting, and this was the result:

The plane and its crew are based at Naval Air Station Whidbey in Washington State and are going to have some 'splaining to do.

One the one hand it is kind of funny (not to mention someone has wicked flying skills) but it's also terribly inappropriate, especially with all the political and celebrity sex scandals in the news these days. I'm not sure what made the pilot think this was a good idea. Plus, can you imagine being outside with your child and having to come up with an explanation when they ask you what's that thing in the sky?

Personally, I'd use this one from the criminally underrated (IMO) 2002 film Death to Smoochy:

Pics snicked from the linked article.

Updated: Here's another article that I just had to link to because they brilliantly referred to the pilot not only as a "Maverick-wannabe", but also as "cocky". I wish I'd thought of that. #writerenvy

Guess who just kicked it up another notch? If you said MasterClass, congrats! You get a cookie.

Also, MasterClass is now offering an All-Access Pass for unlimited classes. The cost is $180 per year - the cost of two of their classes. Given that equation, I'm already getting at least one class free.

I should get commissions for all these blog posts. Or at least I would, if I had readers. But damn, they're amazing. One can only imagine who they'll get in the future. The mind, it boggles. Also, go sign up!

I'm still not sure how I feel about this, but then again, I said the same thing about the Fargo reboot 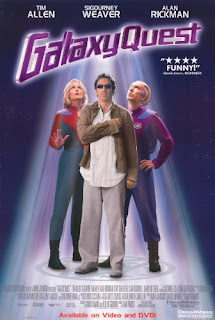 And I loved the first two seasons of Fargo. The third, not so much, but they can't all be winners.

So I'm trying to be positive and hope that, if done right, this could work. It will be interesting how they explain the absence of Alexander Dane, who was played by the late Alan Rickman. That's gonna be tough to take.

There are so many jokes I could make about this... 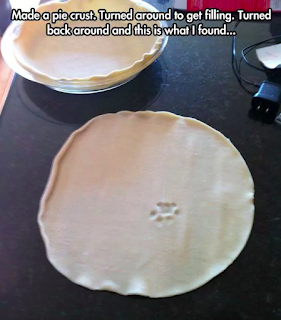 This is just too cute to pass up

It's a video of a cockatiel singing to a baby. And it's adorbs. Enjoy!

Most of Fox may be sold to Disney.

This thing has always given me goosebumps. I'd hate to see it lost to history.
Posted by Melinda at 2:47 PM Labels: Film, Hollywood 0 comments

So a few days ago Malice Domestic released the list of submissions accepted for its upcoming anthology Mystery Most Geographical. Both my critique partner and I had submitted stories and sadly, neither were selected. I was quite bummed and sent her this email:

On the downside, Malice announced the stories for Mystery Most Geographical and neither of us made it. BOO!!! I want to be published again! Malice anthology

I expected her to commiserate. What I was not expecting was this response:

Yes, I was amazed what poor judgment they displayed :))

For the record, there were ninety-nine stories submitted and thirty made the cut. It will be interesting to read the stories and see how they stack up against ours. Or it might be frustrating. I'll let you know.

I'm not a Dodgers fan, so I didn't tune in for Game 7 (or any of the rest of them, for that matter). Based on the results I didn't miss much, but I did miss this:

"In a display that would inspire anyone..." Except, apparently, the Dodgers.

The national anthem was sung by four very talented members of the Los Angeles Police Department and everyone seemed to love it.

Some people consider the choice to be "a silent jab to the NFL" and if so, well played Major League Baseball. I wonder if the packed stadium is also trolling pro football, whose attendance has been plummeting all season due to the controversy generated by a lot of players refusing to stand for the national anthem prior to their games.

Too bad for Dodgers fans that this was the high point of the evening for them. More importantly, the Kings are 10-2-1 in their first 13 games and tied for second most points in the league at 21 as I type this (St. Louis also has 21, Tampa Bay has 22). So L.A. sports fans still have a great season to look forward to!

Seriously though, check out the whole interview. It's terrific and these officers are such wonderful representatives of LAPD and the City of Los Angeles. Just really impressive.