Goalie mask designs are always a hot topic among hockey fans and are as varied as the crazy, puck-stopping guys who wear them. They generally fall into one of three categories: Awesome, Lame and WTF?

Kelly Hrudey's Hollywood mask is an all-time favorite and legendary among Kings faithful: 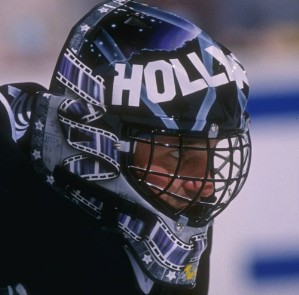 Current Kings prospect J.F. Berube's mask recalls Hrudey's Hollywood nod and adds in an homage to LAX, where the Kings probably spend more time than anywhere else with the exception of Staples and Toyota Sports Center. 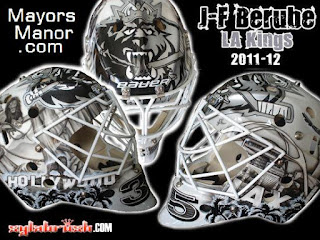 And then there's this guy: 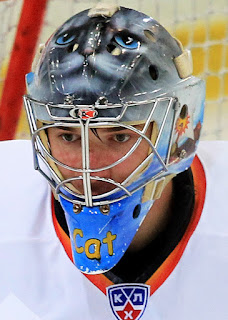 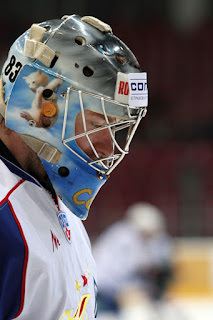 I guess when you're 6"7' of solid goalie you can put as much fluffiness and Comic Sans on your mask as you want.  Who's going to tell you nyet?
It turns out that Koshechkin's name is apparently something cat-related, hence the kitteh design. But still, there was no way the comments for this story were not going to be entertaining as hell:

And my personal favorite: