Screening: All About Eve at the Los Angeles Theatre

As part of its annual Last Remaining Seats program, the Los Angeles Conservancy presented the classic All About Eve at the beautifully ornate and historic Los Angeles Theatre on Broadway in Downtown L.A.  Renowned film critic and historian Leonard Maltin introduced the film to the 2,000 strong audience. 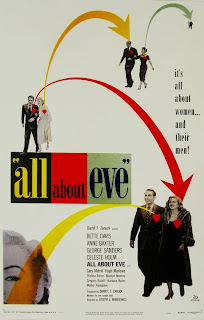 Margo Channing (Davis) is a star of the New York theatre.  As introduced by Addison DeWitt (Sanders), she is a great star, a true star.  But she is also a star who has just turned forty years old and that's a problem for an actress, even one as great as Margo.  It doesn't help that Margo's director/boyfriend Bill Sampson (Merrill) is a distantly young thirty-two.

In the midst of all this greatness turns up a mousy, devoted uber-fan who never misses a single Margo Channing performance.  The ever-humble Eve (Baxter) is brought into the golden inner circle of her idol's life by Karen Richards (Holm), the non-industry wife of Lloyd Richards (Marlowe), Margo's go-to playwright.  Eve's tragic life story of a poor, boring existence made meaningful by a small-town theatre company, only to be dashed by the World War II death of Eve's husband touches Margo so much that she takes the waifish fan into her life and home.  The unassuming girl quickly becomes an indisposable friend and assistant.

But as time goes on, Eve makes moves into Margo's personal and professional lives, eventually persuading Karen to pitch her to Margo's producer as the star's new understudy.  By now Margo feels threatened by her youthful charge and things reach an ugly head when Bill returns home from a brief stint in Hollywood during a maudlin party in which Davis as Margo, after arguing with Bill about "the kid" utters the immortal line to her guests: "Fasten your seatbelts.  It's going to be a bumpy night!"

As the story progresses, Eve is revealed to be anything but the humble angel she has presented herself as.  She manages to tear apart both Margo and Bill as well as Karen and Lloyd.  Unable to seduce Bill, Eve moves on to the weaker Lloyd, who she persuades to leave his wife for her, envisioning for them a future as a Broadway super-couple.  However, in her quest for stardom Eve has enrolled the assistance of the deceptively civil but ultimately vicious Broadway critic DeWitt, and he will make her pay for her transgressions with Lloyd Richards.  To DeWitt, he and Eve are cut from the same cloth - ruthlessly ambitious, utterly devoted to the theatre and disdainful of their fellow man, unable to love or be loved, and therefore strangely meant to be together.  The scene where DeWitt rips Eve apart by exposing her true backstory and destroys her ambitions as the future Mrs. Lloyd Richards, followed by him forcing her to admit they are meant to be together is one of the all-time horrifically great scenes ever committed to film.

And I loved it at the end, when Davis uttered the much less famous but no less awesome line to Baxter, "I wouldn't worry about your heart, my dear. You can always put that award where your heart ought to be."  The Los Angeles Theatre erupted in delighted applause.  Take that Eve, you bitch!!!

Some All About Eve facts and trivia:
The Los Angeles Theatre is located at 615 Broadway in DTLA, on the same block as Clifton's Cafeteria, which is currently closed for remodeling.  Before the film began we were informed that the family that owns the Los Angeles Theatre also own a couple other historic theatres in the area and they are committed to restoring those to their former glory as well.  The DTLA renaissance hasn't quite made it to Broadway yet, but with the restoration of Clifton's and the old movie houses, hopefully it won't be long until it does.

Some shots of the interior (unfortunately not great quality as I took them with my phone): 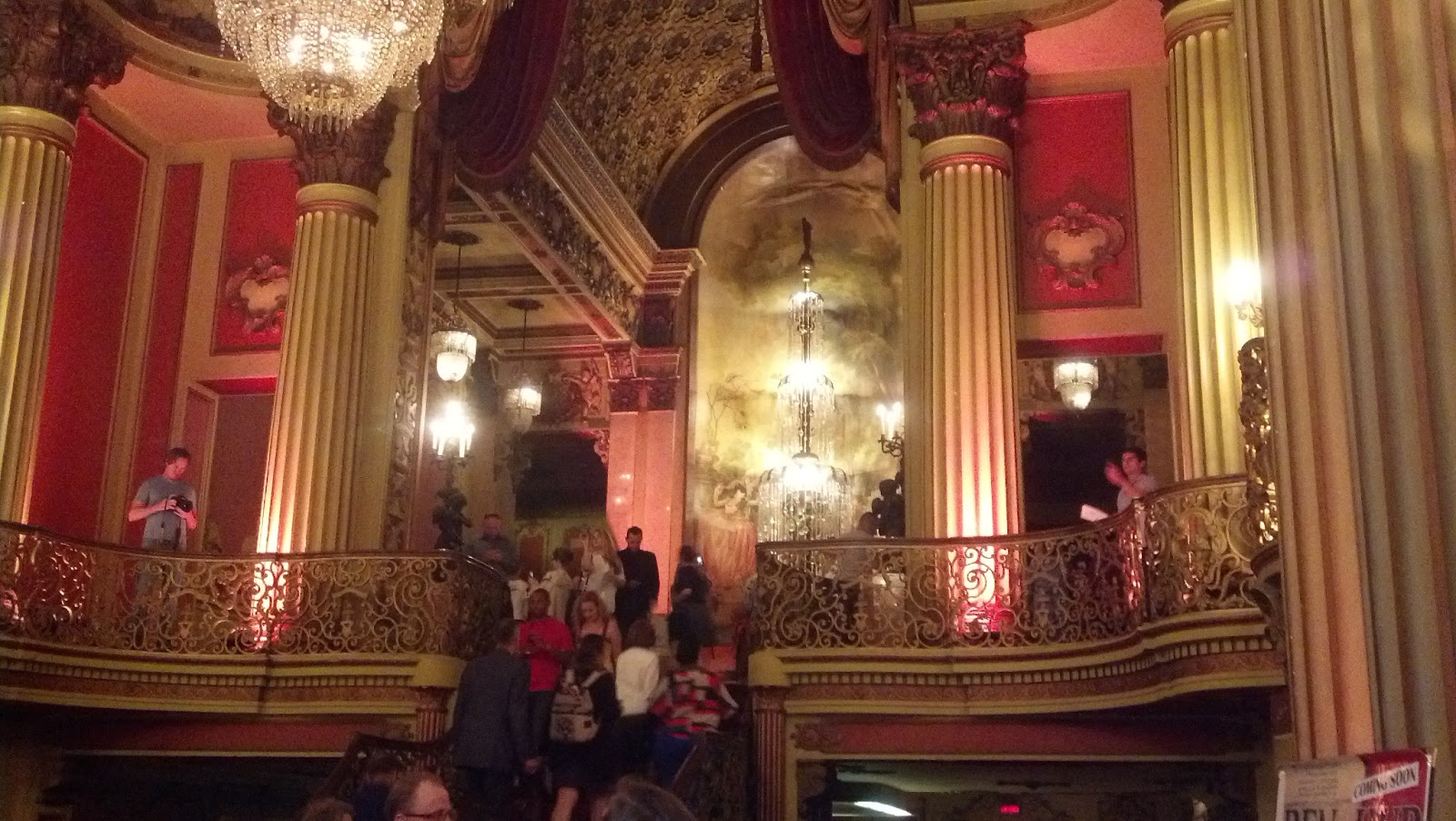 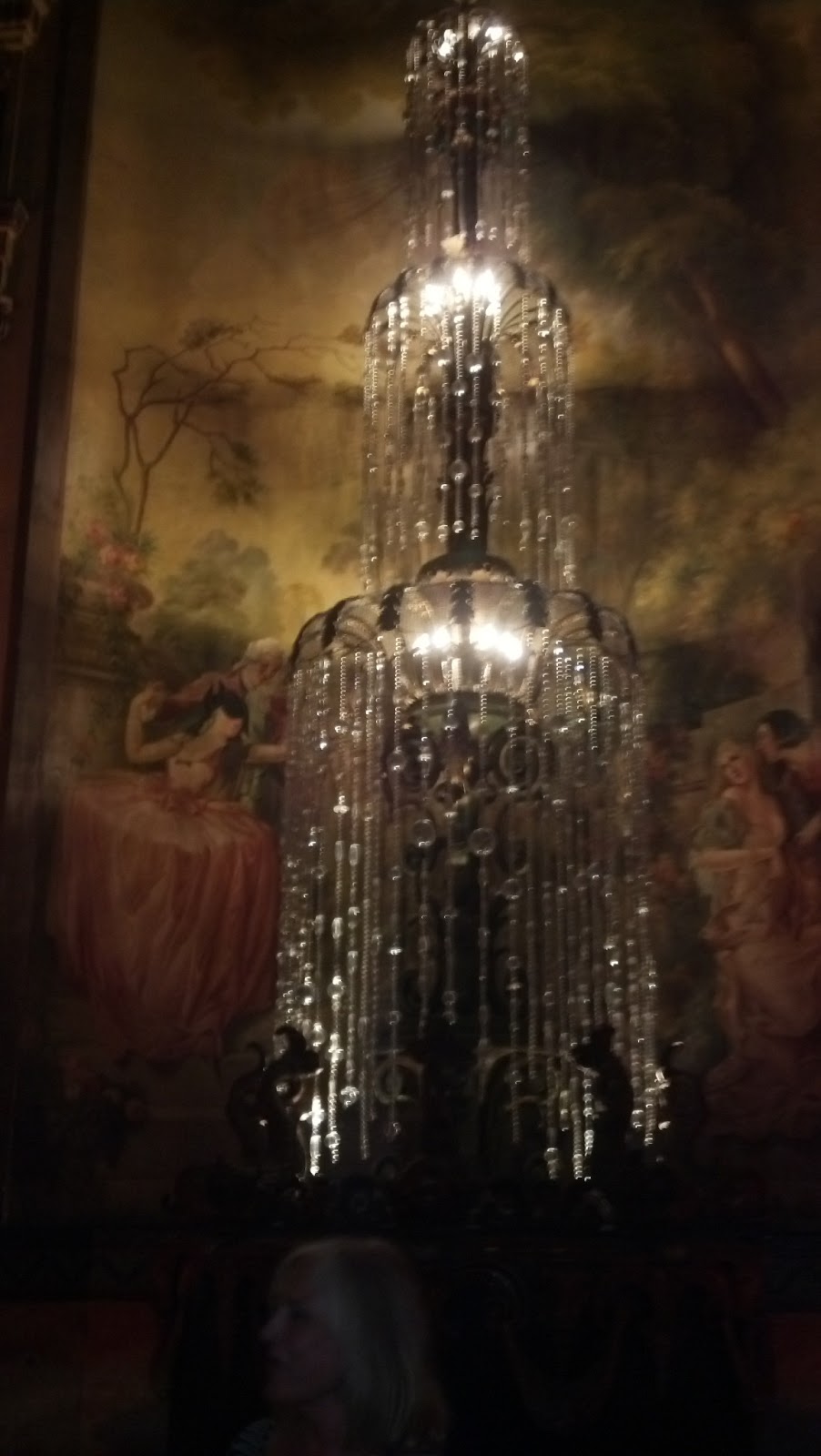 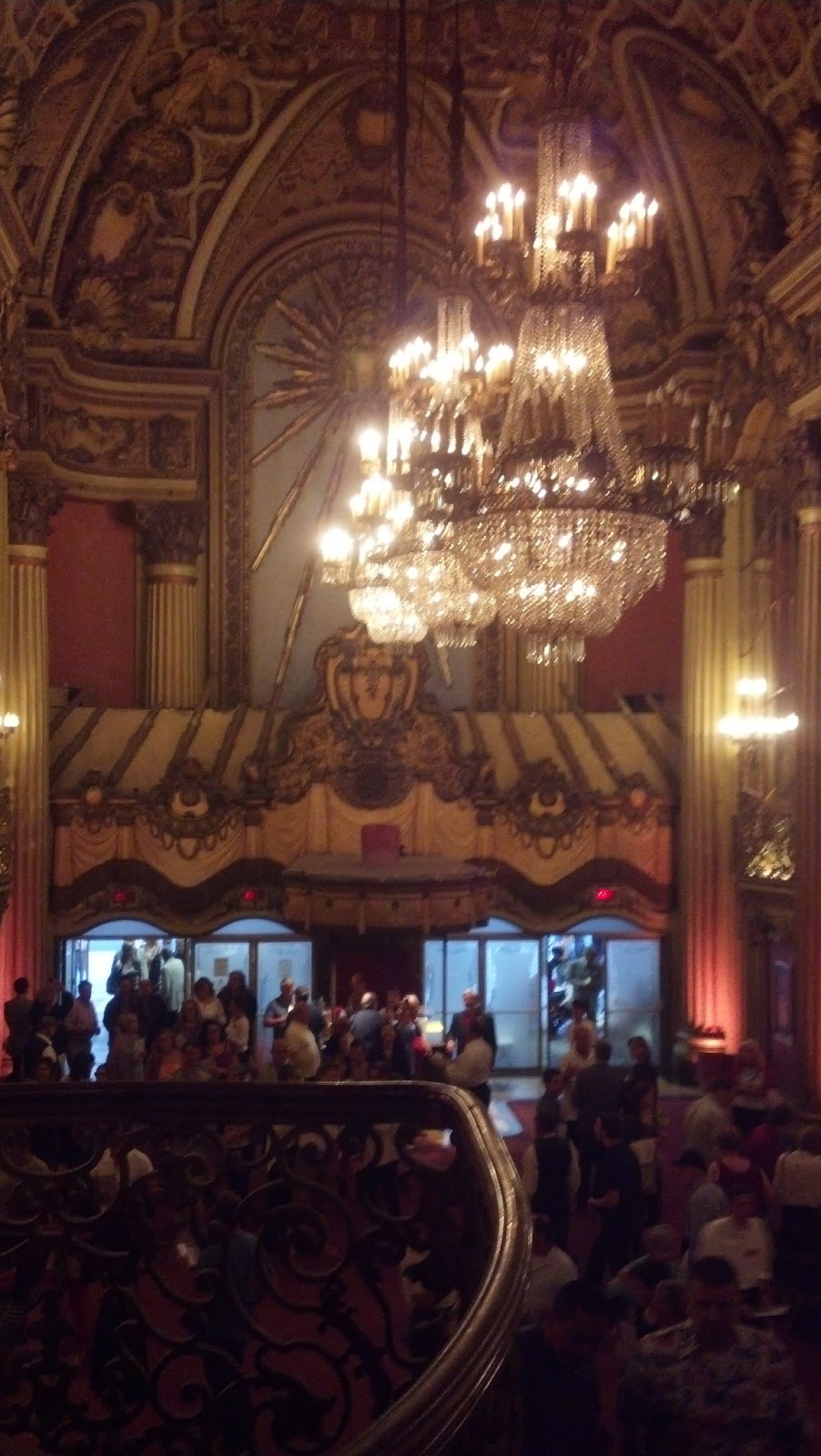 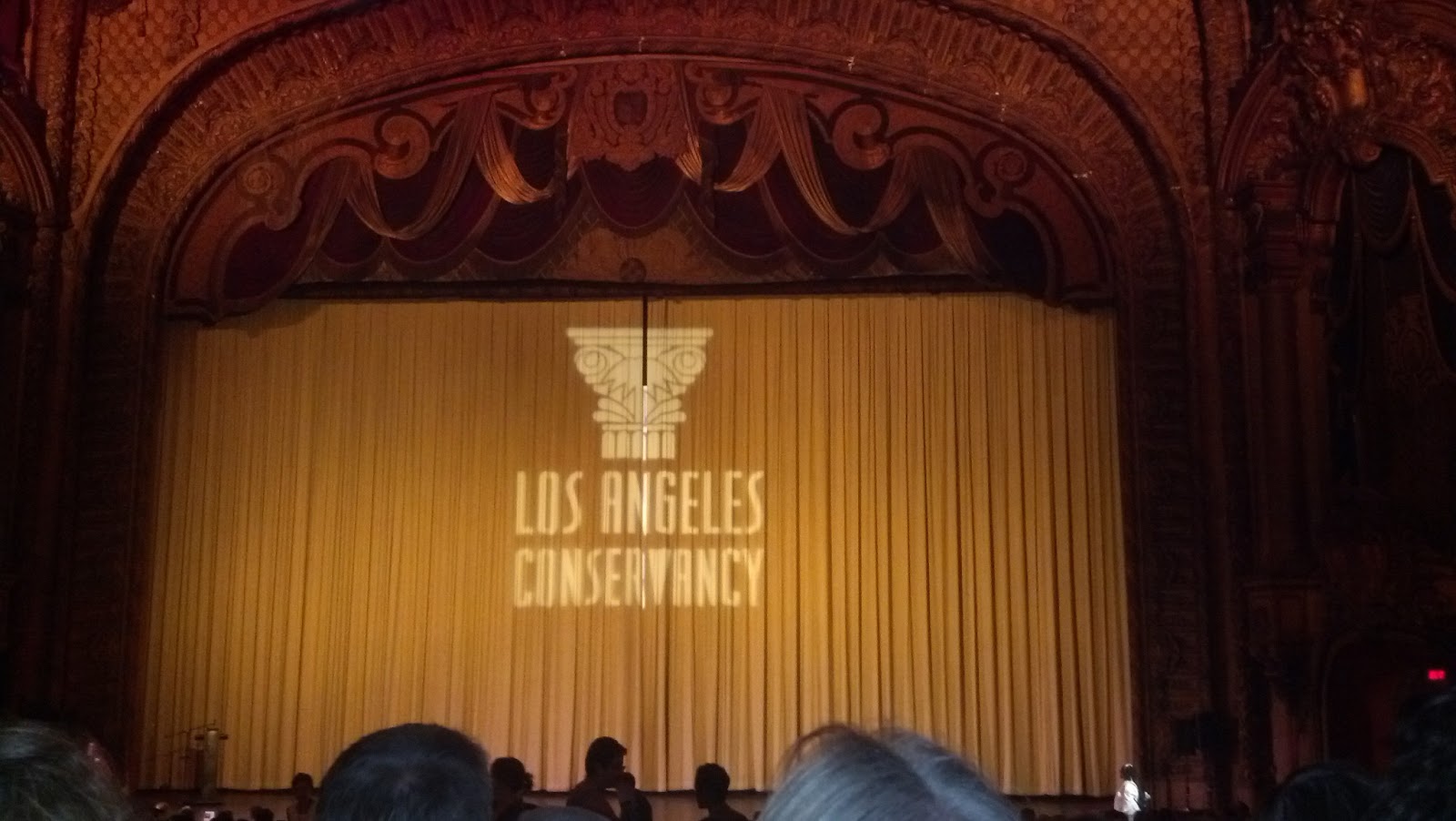