Staples Center, we are in you!

The Brother and I decided to go the 10-pack route again this season.  We did it last year, although thanks to the lockout it became a 5-pack.  Gary Bettman is the devil.

We've hit four games so far:
Quick suffered a groin injury during OT in the game at Buffalo on November 12, which was the first game of a four game road trip.  The game went to a shootout and backup goalie Ben Scrivens looked absolutely awful (Quick owns shootouts).  The result was a 3-2 loss.  I just knew we were going to lose in the shootout the minute Quick finally gave in to the injury and skated away from the net.  Luckily, Scrivens bounced back, winning the final three games of the road trip, including two shutouts.  The team played extremely well in front of him in the Tampa game.  The Brother and I were close to the goal and Scrivens had a clear, wide-open view of pretty much every shot.  I don't think he actually had to make a difficult save until the third period.  Hopefully he and the team can keep up the good work to minimize the loss of Quick, who won't be back until around Christmas.

Here are some mostly fuzzy game pics courtesy of my Droid: 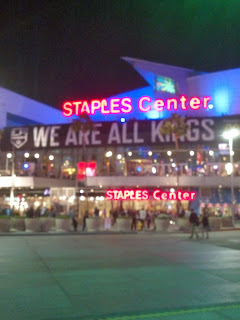 Having trouble getting used to the new slogan.  It reminds me of that creepy "We All Have AIDS" celebrity promo from a few years back.  No, we don't. 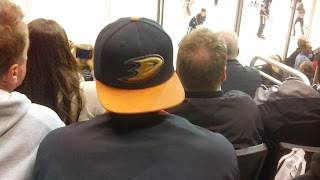 This idiot was sitting right in front of us at the Calgary game.  Idiot. 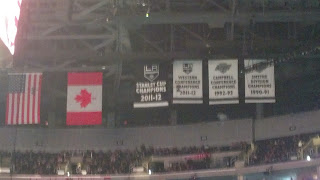 A fuzzy look at our Stanley Cup banner.

Our seats this year are right next to the tunnel.  I thought this would enable me to get some wicked shots of the guys headed to the ice.  I was wrong. 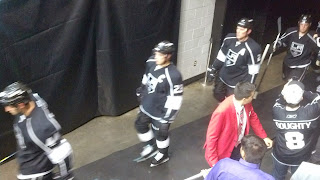 I spy a blurry Brown and a blurry Greene. 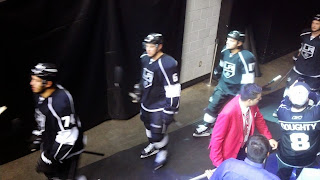 The always awesome Bailey decided to make himself at home in our section during the Phoenix game: 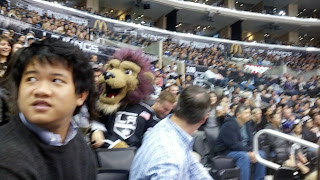 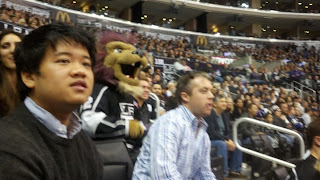 Bailey at his typical cheerleading best: 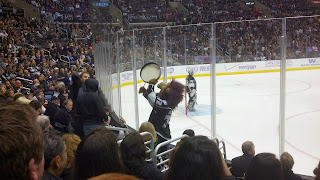 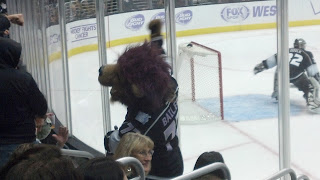 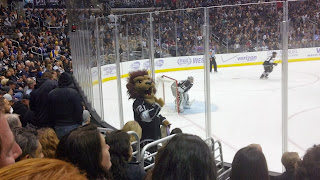 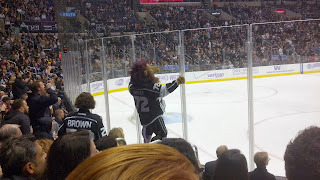 Sitting this close to goal means never having to miss out on fangirling Quick. 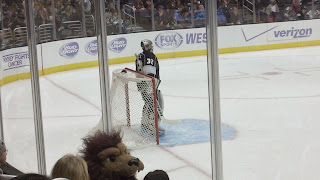 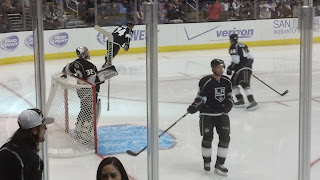 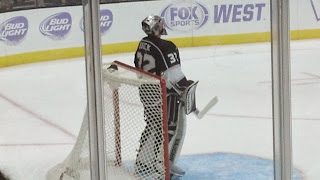 "Thank you, oh Hockey Gods, for the immense gifts you have bestowed up me.  I am in fact so very, very worthy." 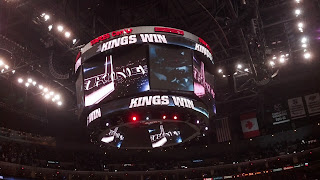 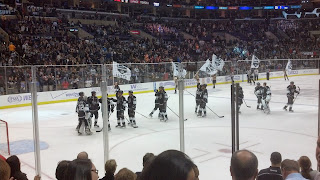 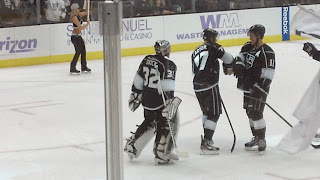 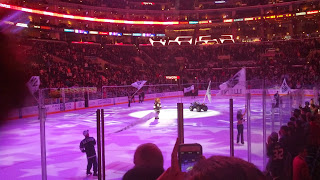 Bailey about to greet the three stars of the game: Kopi, King and Doughty.

Pao Gasol of the L.A. Lakers made an appearance the other night and was very gracious about taking pictures with fans.  The crowd roared when they showed him on the jumbo tron. 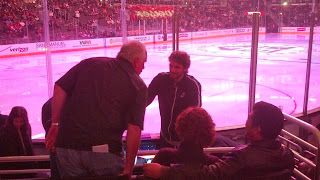 Then there was this guy: 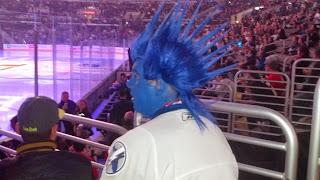 This idiot was sitting right in front of us at the Tampa Bay game.  Idiot.
Posted by Melinda at 8:58 AM Labels: Downtown L.A., Hockey, Los Angeles Kings