So Justin Bieber was arrested this morning for DUI and drag racing and just generally being a punk-ass tool.  He even stupidly smiled for his mugshot, because he probably isn't taking this seriously at all.  He's a celebrity, so he may turn out to be right.

In or out of jail, he's still a target of mockery.  This popped up on the Dallas Stars' jumbotron during their game tonight versus the Toronto Maple Leafs: 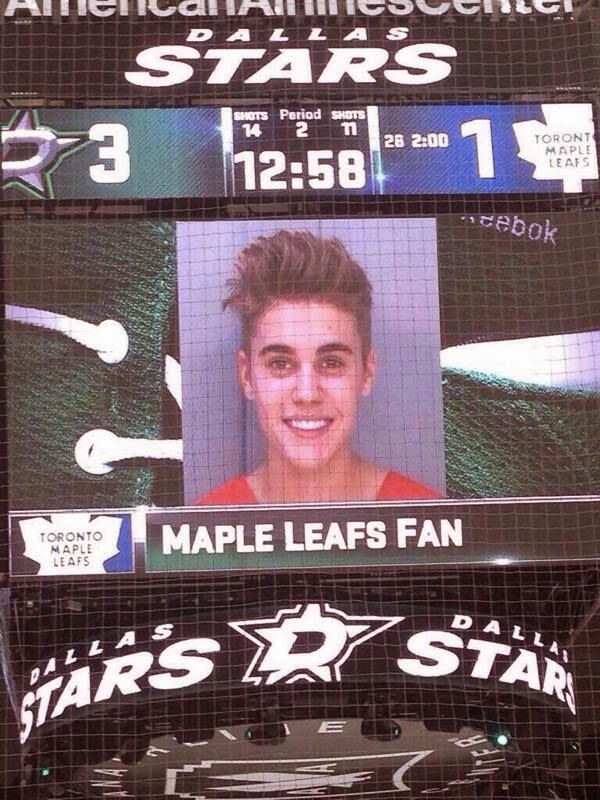 The Stars have never been so well-loved by the rest of the league.

Pic snicked from NHL Humor on Twitter, but it's all over the place.
Posted by Melinda at 8:01 PM
Labels: Hockey, LOL