Staples Center frequently hosts short but entertaining battles with kids hockey teams between periods at Kings games.  The Brother and I always find them adorable and love how much fun the kiddies have skating on the same ice as their NHL idols.  We've seen some ridiculously cute little hockey players, but at last night's first intermission featured the littlest goalie we've ever seen.  And we've seen some little guys (and girls) out there, but then this happened: 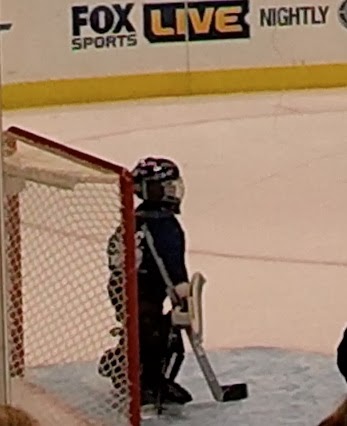 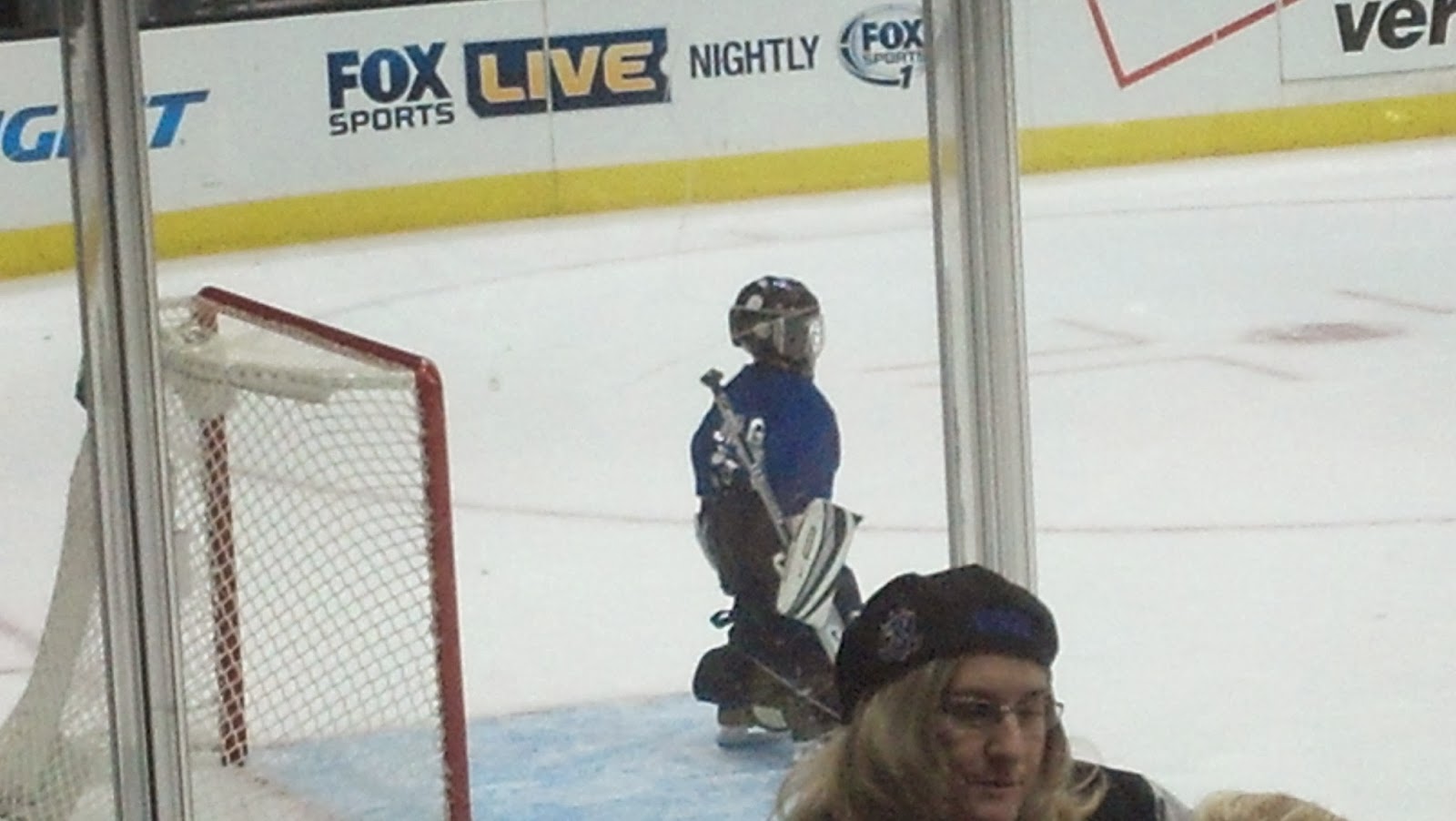 The chick in the shot and her beret aren't giants, they just look that way because TEENY TINY GOALIE!!! 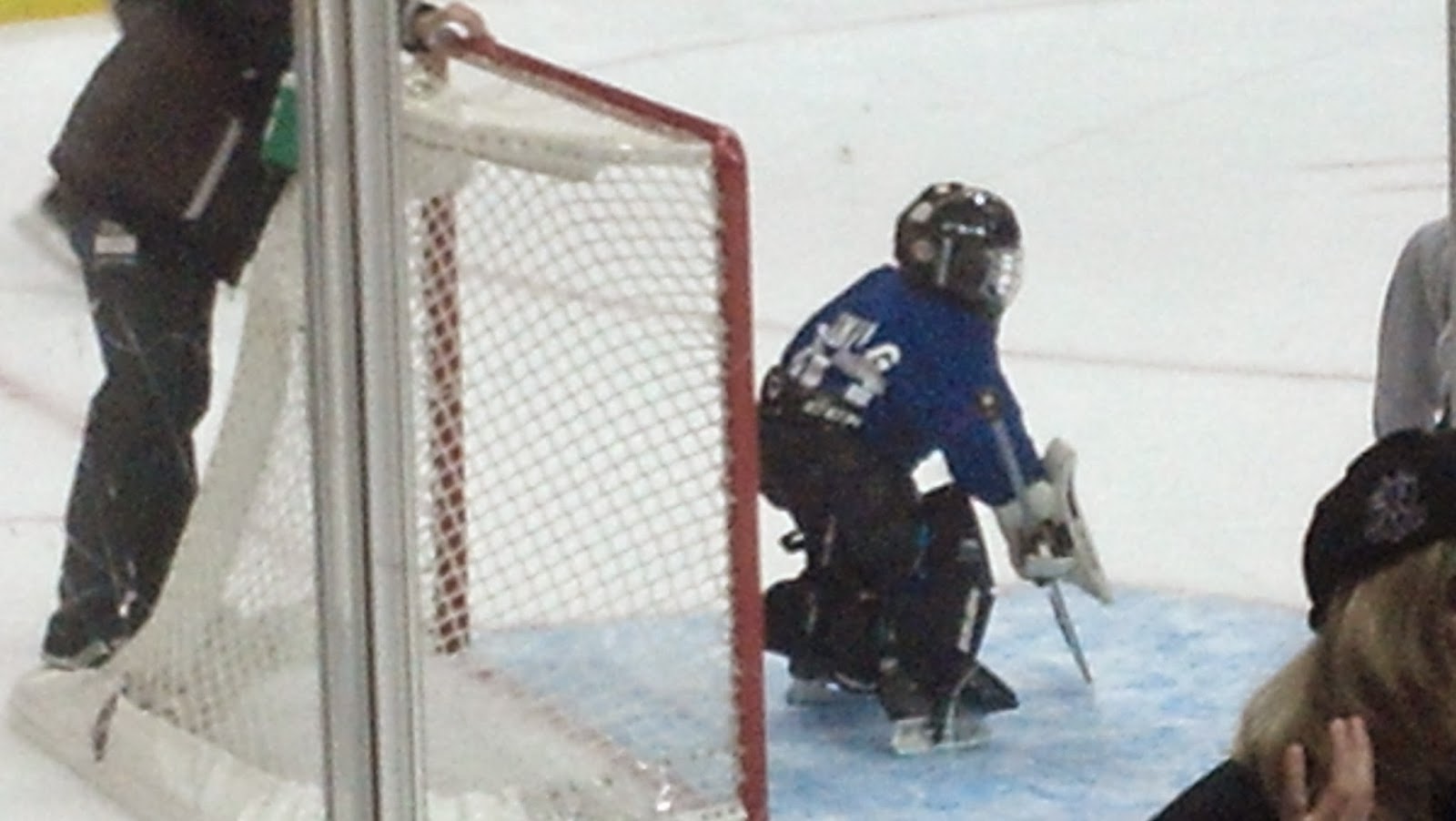 The best thing about this kid was that he meant business out there.  Just look at that concentration. 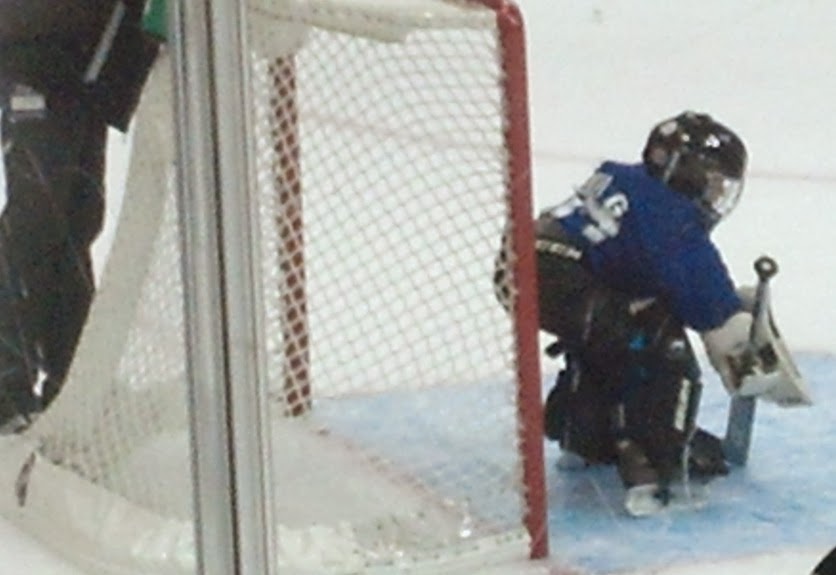 He made a pretty big save too, although I didn't get a picture of that. 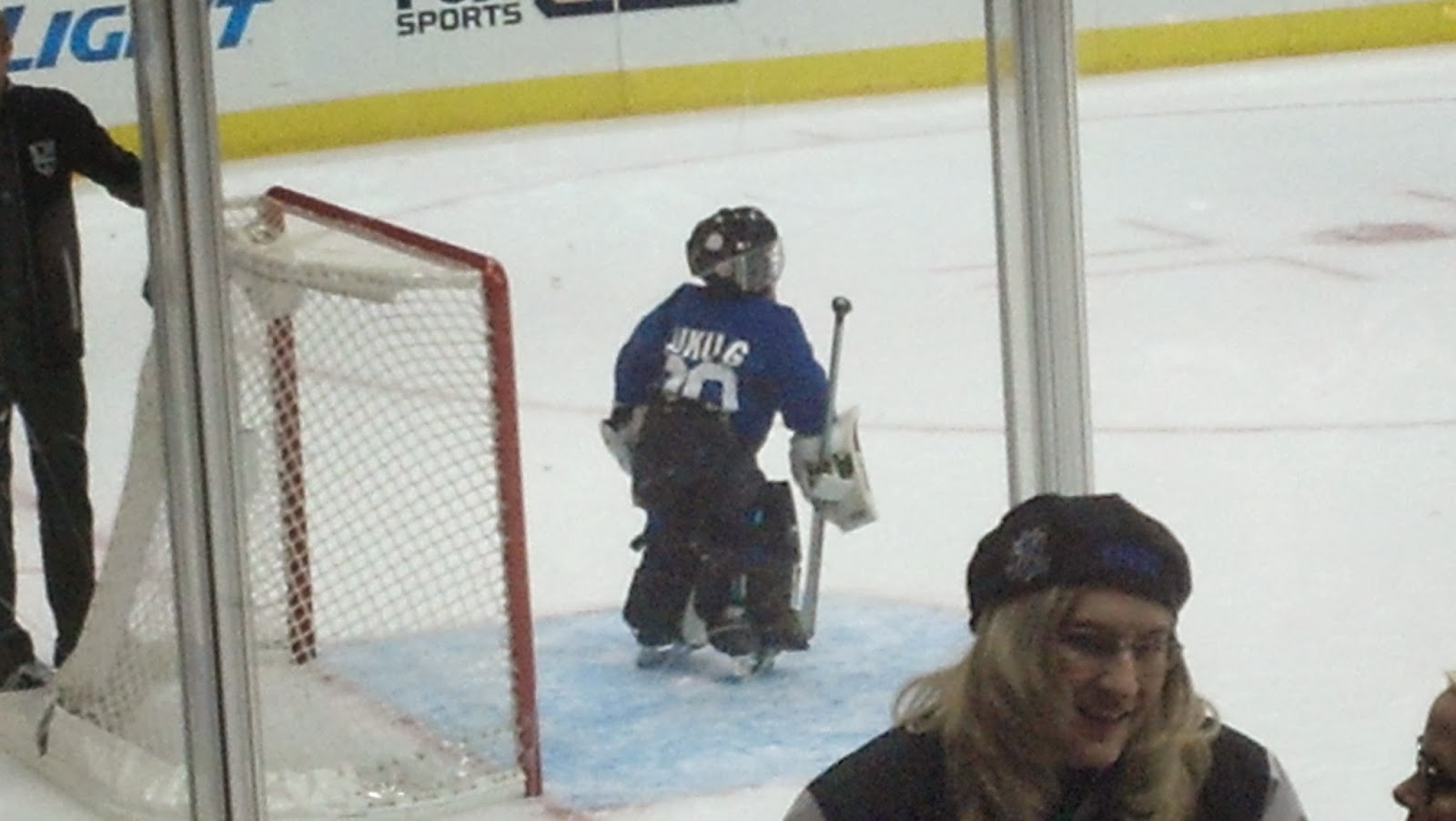 Seriously, microscopic goalie makes that chick look like a giant, but she really wasn't.  Also, she had a really awesome Stanley Cup Champions letterman's jacket that I totally coveted, but I digress... 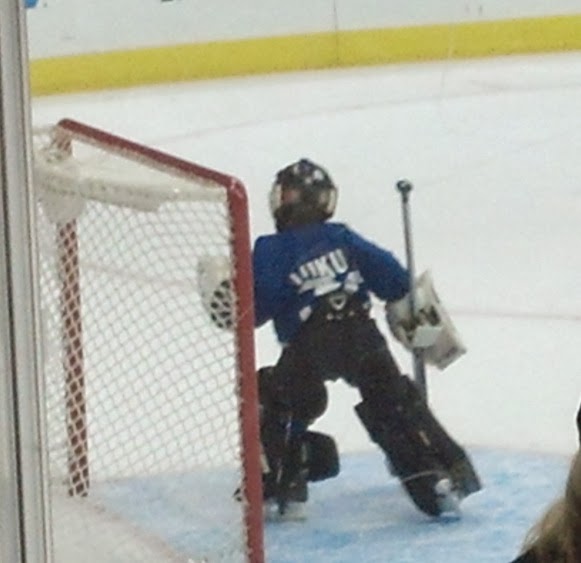 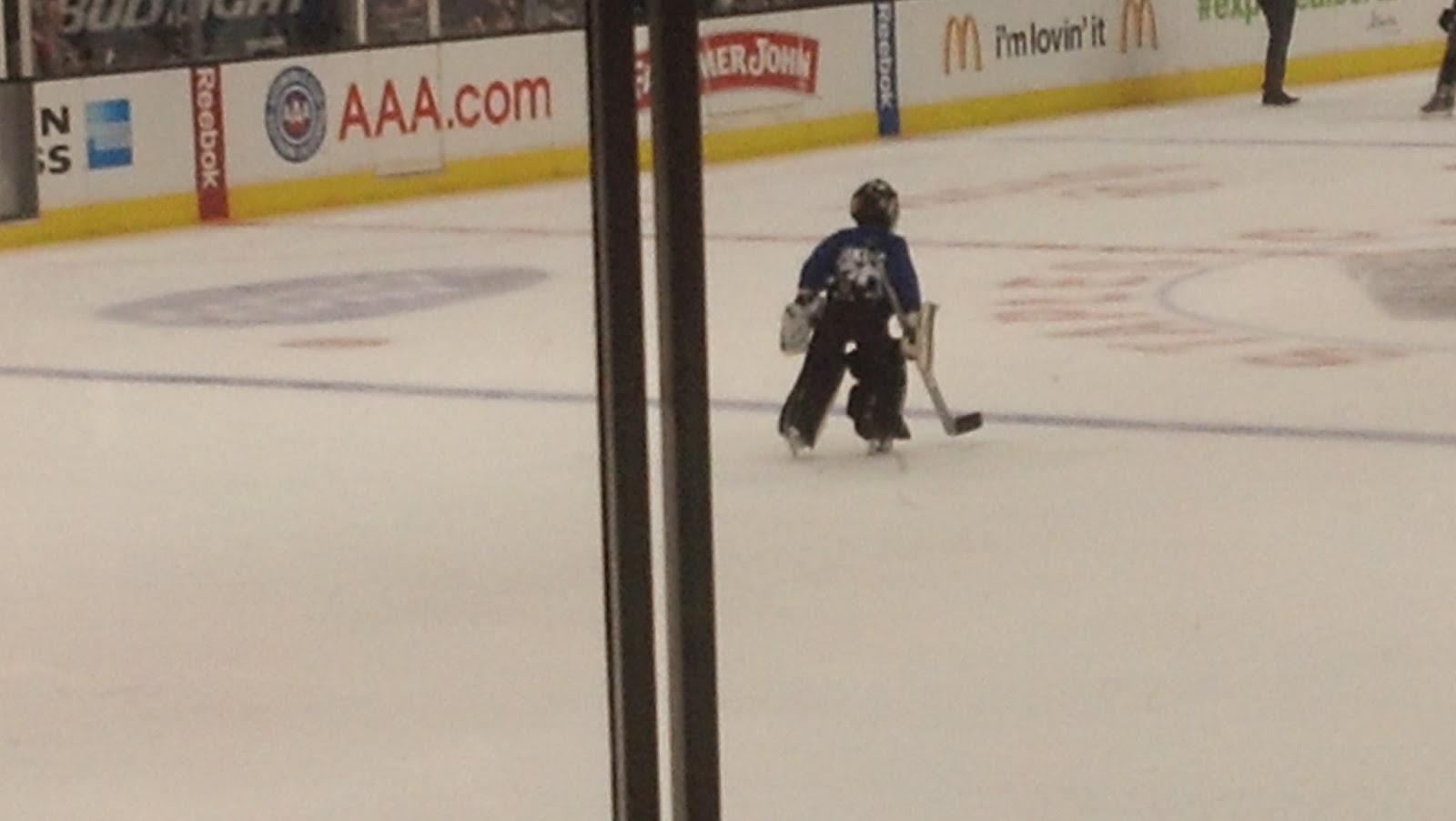 His work here is done.  Your move, Jonathan Quick.

We just loved this little guy to death.  Hopefully, some day in the future he'll be between the pipes for the Kings, although by that time I'll probably be too old and senile to know what's going on when he's making huge saves.
Posted by Melinda at 11:06 PM
Labels: Cool Stuff, Hockey, Los Angeles Kings