I'm going to post what we learned the past two weeks (lots of reviews) over the weekend, but I thought this deserved its own post.

Toward the end of the day today we were called into the other kitchen (the one we don't usually use) so the owner of the school could address us. Then we were presented with this cake: 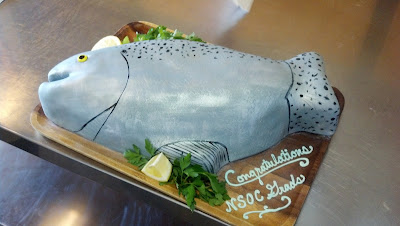 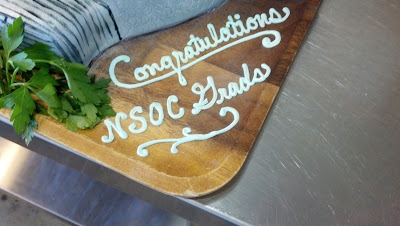 The funny thing is that after yesterday's class, we were watching the school's pastry chef (who is amazing and will be the instructor for my upcoming Baking & Pastry Program) work on decorating this cake. We were told she was doing it for someone's birthday and of course we fell for it. We got a kick out of it when we found out it was actually for us!

The detail was boggling. The "scales" were made with a plastic straw cut in half: 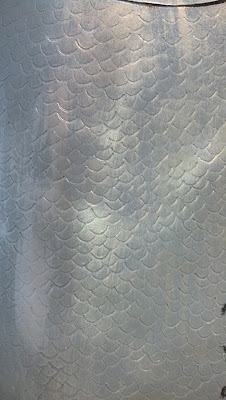 Then we cut into it: 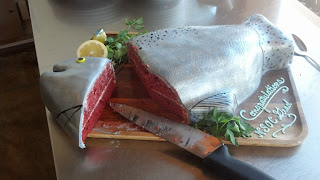 I'm really looking forward to Baking & Pastry now. Not that I wasn't before, but that is just so damn cool.