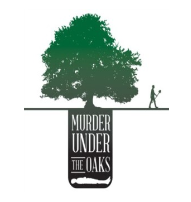 Bouchercon, like many conferences, doesn't give descriptions of their panels, just titles. This usually isn't an issue, but I was expecting this session to be a discussion about specific shows, but it had to do more with content the panelists would like to see.

Posted by Melinda at 11:41 AM
Labels: Books, Bouchercon, Writers' Conferences