For some reason I'm suddenly on a Bundt cake kick. I bought a really pretty pan from Williams-Sonoma recently and got a great deal on it due to a combination of it being on sale, plus the professional discount card I got from them when I was in culinary school. Twenty percent off is huge at WS. Unfortunately, it's no longer available according to the WS website. Probably why it was marked down. 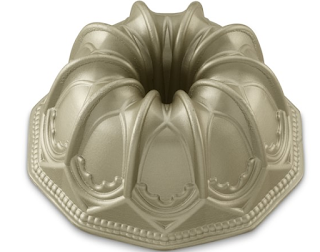 Being a poke cake, it was so moist I didn't even bother with the glaze. It was wonderful with tea. I gave some of it to my Mom, who isn't much of a pineapple person (when she orders pina coladas I get the pineapple garnish) and she loved it. This will definitely be a go-to cake in the future. 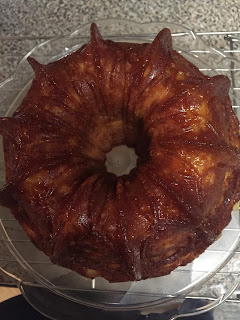 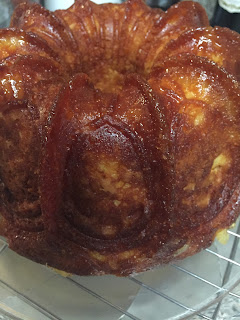 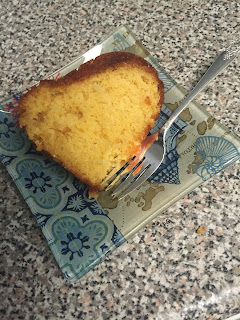 For Christmas, instead of yet another pumpkin pie, I decided to try something different: Pumpkin Spice Cake from Taste of Home.

Everyone loved it. Due to all the craziness of the holiday, I neglected to take a picture of the cake before we cut into it and later divided it up, but I did get a shot of a slice. 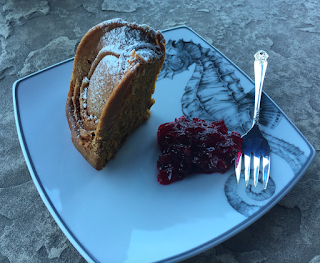 Again, the cake was so moist and rich that I didn't bother with frosting and just dusted it with powdered sugar to make it pretty. You can see a better detail from the new bundt pan on this as opposed to the pineapple cake. This is another one I'll make again. I didn't include the pecans called for in the recipe because I don't think it needs them.

I went back to the regular old bundt pan for the Root Beer Float Bundt Cake from Imbibe. It just seemed to suit the cake better. 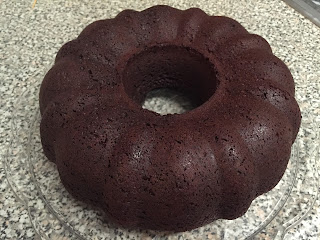 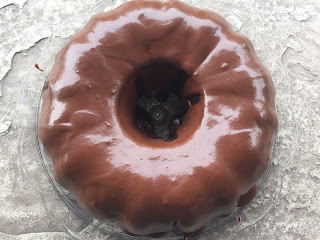 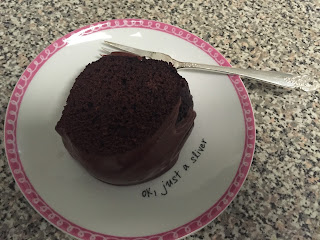 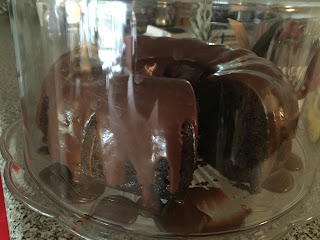 This cake is really dense and rich - a little goes a long way. It didn't blow me away the way the other two cakes did. After two really moist cakes, this one seemed kind of heavy in comparison.

Notes if you decide to give this one a shot: I needed a lot more root beer for the glaze than the recipe calls for in order to thin it out enough to drizzle. Also, it made a ton of glaze; if you don't want the entire cake covered, maybe cut the recipe for glaze in half.

Despite being pretty happy with these cakes, they brought up an issue I've had since culinary school, and that's feeling funny about using mixes rather than making everything from scratch. The two of these cakes that turned out best (the pineapple and pumpkin spice) both contained not only box cake mixes, but also boxed instant pudding mixes. Once you've been through a culinary program, you become a bit of a food snob; since then I've had an issue of feeling like I shouldn't be using - much less promoting - anything that isn't made from scratch. And that's not even getting into the issue of all the non-natural ingredients (the stuff you can't pronounce) that's in box mixes, but that's for another post. But like I said, the two best cakes weren't from scratch.

If you try any of these cakes let me know how they turn out!