Today marks the fifth Father's Day non-celebration since my Dad passed away in 2011 and his absence has been felt in ways I never anticipated. My Dad was the guy in the family who kept everyone in line. Not all of us needed to be kept in line, but when the need arose, he checked it. Sometimes just being the wealthy, successful one in the family is enough to keep certain people kowtowing, but he also just didn't take any crap from anyone, and more often than not it was a pretty effective combination. I wish I had inherited his assertiveness and ability to relish a good fight, but I didn't. I just don't see the appeal of battle. I like people to just be decent to each other. Take the high road. It isn't that hard.


Since I won't be celebrating today, let me offer some advice in my Dad's memory. This is probably going to sound terrible, and a lot of people will think it can't or won't happen in their family, but I can tell you from experience it's important. No matter how close you think your family is (or isn't), bad things often happen when someone dies if there's a lot of money or property involved. It happened to us and during the period after my Dad's death, it seemed like everyone had a inheritance battle horror story to share with me.

If you want your wishes regarding how your estate is to be distributed - and especially to whom, and who gets what - you need to have a will or trust. You need it in writing and made legal, because no matter how well you think everyone gets along, or is getting along at the time you shuffle off this mortal coil, once you're gone it's a whole new ballgame. 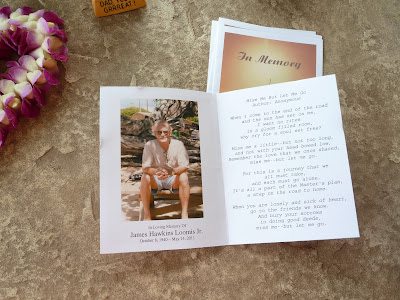 And now that you're gone it's a free-for-all. If there's money involved, trust me when I say there is no depth that can't and won't be plumbed, your final wishes be damned. And it's not just money - people can and will misrepresent what your relationship with them was really like if it will make them more sympathetic and seemingly entitled. I can't emphasize this enough: There is no depth too low for certain people if there's money involved. And it only takes one person to go that route for it to turn into an ordeal. And that's on top of the rest of your family wanting to mourn you. Now they've got this shitstorm to deal with. I know, because I lived it and as executor I had to deal with all of it, and as a result I feel like I never got the chance to mourn my Dad properly. There was too much drama - much of it manufactured - but all of it not how he wanted things to go after his death.

My Dad did have a trust, but it wasn't updated. There were two major changes he was planning on making because things had changed and he knew his health was failing, but he thought he'd have more time to do it. He didn't. He talked about what he was going to change and he made notes, but neither is legally binding. A lot of people (myself included) knew about his plans for his estate, but once he was gone that didn't matter. And knowing that in addition to everything else that happened, there was the idea that a family member just shit on his final wishes and by doing so, his memory just rubs salt on the wound.


I got my share of the inheritance that I was entitled to, but someone else got screwed, and someone else got the other half, rather than the monthly allowance my Dad was going to set up for them. Yeah, you can get a lawyer and sue and drag out the unpleasantness for God knows how long. Not everyone has that kind of stamina and not everyone wants to drag their family into a court battle. I'm not even sure it would matter - my trust includes the line ...after the death of the Trustor, this Trust shall be irrevocable. This Trust may not be modified, amended or revoked by an guardian or conservator of the Trustor, nor by any Court. So I think it's pretty iron-clad. Another reason to not only have one, but keep it updated as things change in your life.

And sometimes a person is just so horrible and toxic - and are free to be themselves now that they don't have to toe Dad's line - that you can find yourself willing to pay any price to have them out of your life. Which isn't hard, because I can tell you from experience that there are people who are more than happy to choose money over family, and/or despite the last wishes of a deceased, supposedly loved one.

Now that I've gotten all that out of my system (sometimes you just need a good rant) I want to get back to the point of this post. If you don't have a will or living trust, get one. I know with a trust you don't have to go through probate, with a will alone I think it depends on the size of the estate, so I would recommend going with a trust. I have one. My mother has one. No more of my Dad's hard-earned money will ever go to someone contrary to his wishes.

I'm guessing the laws and cost will vary depending on where you live, but I paid about $1,000 for my living trust here in Southern California and it's worth every penny to know that when I die, my family won't be left with the clusterfuck that followed my Dad's death. As a bonus, it also includes power of attorney for both personal affairs (including finances) and medical care.

Another thing to note is that if there is someone in particular that you want excluded from any claim to your estate, I highly recommend that be included in writing as part of your will and trust. You don't have to give a reason, just state that you are not providing for them. It was in my Stepmother's trust, it's in mine and in my Mom's. If I kick off tomorrow I don't need to worry about someone slithering in to try another ripoff or wreaking more havoc. It's all in writing and it was done through a lawyer, and it's irrevocable.

I hope this may end up being helpful to someone. I wouldn't wish what we went through with my Dad's estate on anyone. And for those of you celebrating, have a wonderful Father's Day. Just make sure your affairs are in order, for the sake of those you love and wish to provide for even after you're gone. 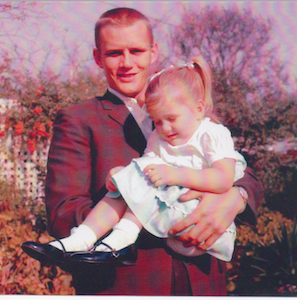