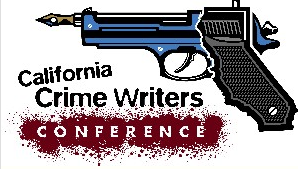 Earlier this month the bi-annual California Crime Writers Conference, co-sponsored by Sisters in Crime/Los Angeles and the Southern California Chapter of Mystery Writers of America, was held in Culver City. It's a much smaller, cozier version of bigger conferences like Bouchercon and Left Coast Crime, but don't let that fool you - CCWC gets the same exceptional writers for their panels, many of whom I've seen at the bigger conferences. It's a great two days.


Like I said, CCWC is a terrific conference and I highly recommend it. Next CCWC will take place in June 2019.