The Vegas Golden Knights have yet to play a single hockey game, but their Twitter account is already Stanley Cup worthy

Whoever is running the VGK Twitter account is knocking it out of the park. In addition to keeping the world apprised of their adventures as the NHL's newest team, they are funny and entertaining as hell.

First off, the organization made it clear they understand how to be good citizens in the hockey world. Community outreach: 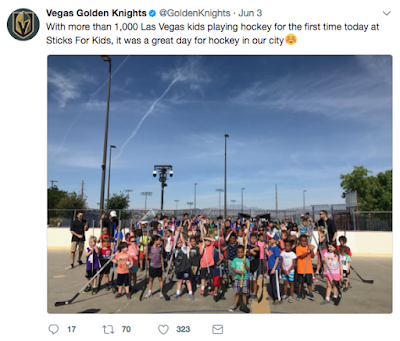 And congratulating the Stanley Cup winning Pittsburgh Penguins, as well as giving a shoutout to the almost-Cinderella Nashville Predators:


They just got the Expansion Draft unprotected lists from the other NHL teams yesterday, and they're being adorable about it. 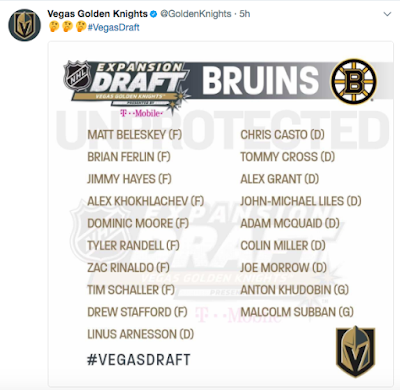 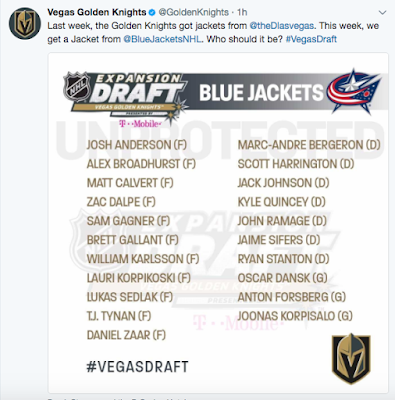 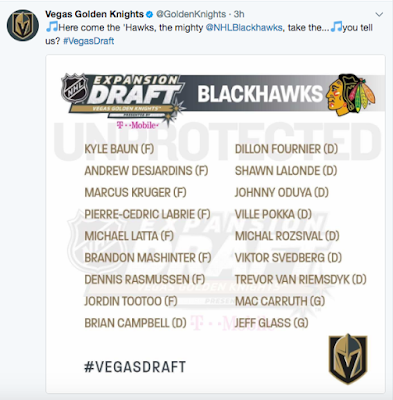 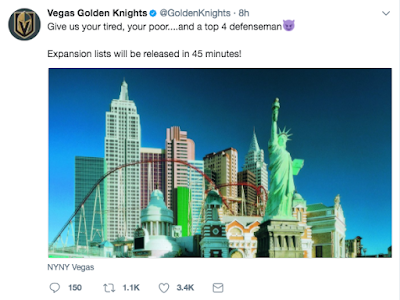 They're secure in their place in the world: 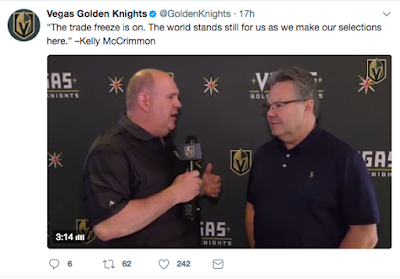 They found a self-deprecating way to celebrate Father's Day:

Also, they're still looking for a mascot:

This Bolts fan had the best suggestion:


Given the amazing sense of humor they're displaying on Twitter, I wouldn't be completely surprised if they did that. I know I'd pay to see it.

Oh, and guess who has the chance to make history by being the first team ever to lose to the Vegas Golden Knights on their brand-spanking new home ice?