It seemed funny at the time...

I snicked this off the internet in June of 2015. I think it was during the entry draft. I thought it was a terrific example of an NHL team (in this case the Stars) nailing social media, not to mention it's damn hilarious. 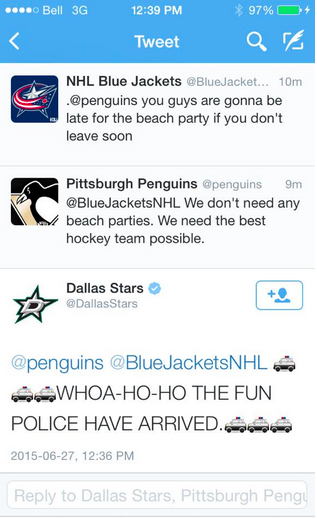 Since then, the Pittsburgh Penguins have won two consecutive Stanley Cups. Who's laughing now?

Posted by Melinda at 7:41 AM
Labels: Hockey, LOL