Okay, I totally flaked out on blogging lately. Now I'm really back. There's no reason it should have taken me a month to blog Writer's Police Academy, but better late than never - here we go!

Thursday at Writers' Police Academy used to be just registration and orientation, but they've really expanded on it in the past few years. And it was fun.

Drones!
Retired Green Bay PD Captain Bill Bongle introduced us to the wonderful world of drones, and as someone who wasn't previously all that interested in them as anything other than a story device, I came away from this session kind of wanting one if for no other reason that I live by the ocean and the photography possibilities are amazing.

Bongle got interested in drones after his retirement and now runs Titletown Drones, which offers training and repairs. He opened the session with some of his drone photography, plus some drone fail videos that everyone really enjoyed.


Some things I learned about UAS (Unmanned Aerial Systems, aka drones):

Oneida Color Guard and Welcome/Blessing
The WPA takes place on Oneida Nation land and the tribe has been part of the event since it moved to Green Bay last year. Members of the Oneida Tribal Police, Tribal Leaders, Color Guard and dancers were kind enough to kick off the 2017 WPA with a welcome, blessing and performance.

The Color Guard. Not gonna lie, I got a little teary. 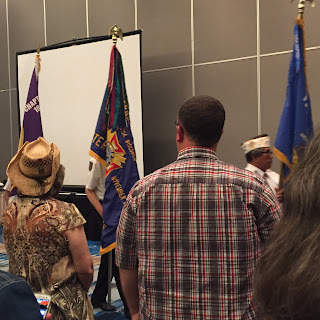 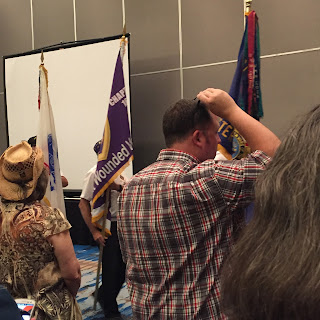 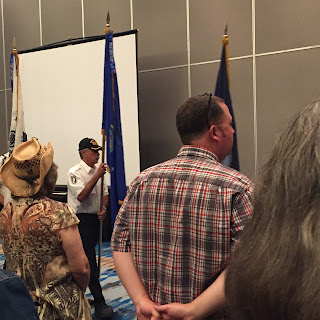 The dancers were terrific, but that little girl in the Aaron Rodgers jersey (remember, this is Green Bay) stole the show. Bonus: the Packers played that night and won. 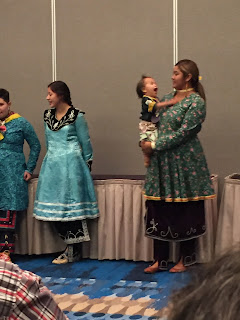 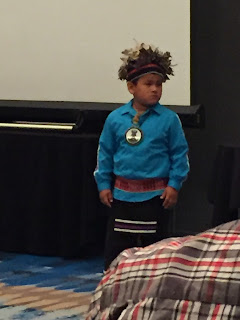 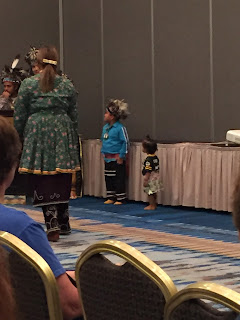 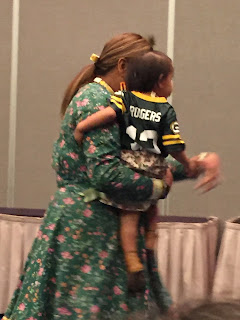 Usually WPA is photos only, no video, but we were allowed to film their performance. Next time I need to get there early and get better seats.


After the orientation, there was a TV writing class but since I'm in both the UCLA Extension and Shonda Rhimes classes, I figured I was covered and opted to try and get some rest so I'd be ready for Friday and Saturday, the two full days of WPA. More on that to come!

More pictures and videos from both sessions are here.