More Kevin Spacey fallout and the state of Hollywood...for now (some observations) 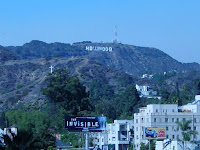 We all know I'm a big fan of MasterClass, so this was one of the first things I thought about when the Spacey sex scandal blew up: Kevin Spacey MasterClass dropped.

And right after that, he was also dropped from tonight's episode of This is Us. Earlier today, Netflix shut down production of the sixth (and final) season of House of Cards. The ripple effect of lost jobs and contracts is hard to fathom, especially for the people behind the scenes. Having worked in post production those are the people I worry about the most. A lot of people just had their personal lives and bank accounts disrupted through no fault of their own.

Spacey has also been stripped of an upcoming honorary Emmy and now the historic Old Vic, where he spent a decade as artistic director, has weighed in.

This "movement" to hold sexual predators in Hollywood liable for their behavior also claimed Andy Dick, who was fired from a movie today, and now Jeremy Piven is under investigation.

The boggling thing about this is how fast it happened. Sunday night I was poking around social media when Anthony Rapp's announcement sent shockwaves through Twitter, and within just a couple hours Spacey's response/non-apology/coming out announcement hit the internet and all hell broke loose. And less than 48 hours later, here we are.

Last week (after Harvey, before Spacey) I was thinking that if this zero-tolerance policy continues it could seriously alter the power structure in the entertainment industry, both onscreen and off. If nothing else, it will be interesting to see who falls and who doesn't. Spacey was a major player - wildly successful as both an actor and producer in film, television, and theatre. He has to be one of the most honored actors around: two Oscars, four Screen Actors Guild Awards, a BAFTA, multiple Emmy nominations, a Tony, two Oliviers and a Drama Desk award, countless critics association awards, and a star on the Hollywood Walk of Fame. He would have gone down as one of the greatest actors of his generation, if not all time. And now that's all trashed, or at least badly tarnished.

I've read a few things about Harvey Weinstein telling people he'll be back, that this is only a temporary setback. I think that's delusional. I don't know how either Weinstein or Spacey - two of the biggest figures in entertainment - come back from this. Anyone who tries to help refurbishing their careers and images will be deemed as sympathetic to predators and unsympathetic to their victims. In both cases their behaviors seemed to be common knowledge in the industry, but ignored, presumably because of the success they brought with them. I've always loved Spacey as an actor, but I've also heard a lot of rumors over the years that he wasn't the nicest, most decent guy you'd meet in Hollywood (although obviously nothing as horrible as assault on a minor) but I also considered that to be typical of the industry. It's a moral cesspool. But if I've heard that much, I don't buy that active major players in the biz were oblivious to his behavior.

If industry giants like Weinstein and Spacey can be toppled within a couple weeks of each other, I'm not sure anyone is safe. And if their behavior is comparable, I don't think they should be. Personally, I think this is just the tip of the iceberg. With social media and 24/7 news (online and off), Hollywood can't shield their bad behavior from the world like they could in the past. I guess we'll see who's next.