Submitted for your approval - June 2018 edition 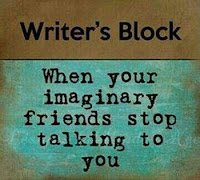 Considering I spent the first half of the month blocked and the entire month prepping for a move, I was surprised I ended up getting anything submitted this month.

I submitted a very short story to the Writers Police Academy's Golden Donut Short Story Competition. This is a fun annual contest. They give you a photo (see this year's here) and you have to write a story based on the picture that is exactly 200 words, including a title, which is required. Winner will be announced at the WPA Banquet in August. The award is actually very pretty, with the winner's name etched in it in glass, and not in fact a donut, which I think would be hilarious. Bonus: I submitted it on June 18, a full thirteen days before the deadline. I think that's a new personal best.

There were a couple other markets I wanted to submit to, but packing for the move took over and I had to pass on those. Once I get moved and settled in my plan is to spend the rest of the year submitting as much as possible.

I also found out that I didn't make the quarterfinal cut of the Script Pipeline TV Contest. I had entered my old Better Call Saul spec last December. It was already out of date (but still less than a year old) at the time, and I'm guessing the fact that the contest was open until June 1 of this year didn't help that situation. It's also the second consecutive TV contest where it looks like they much prefer original pilots to specs, as those were the majority of the scripts that made the cut. A BCS script did make it, so I'm pulling for that guy.
Other news: Sisters in Crime/Los Angeles announced that they will reveal the authors and stories selected for their next anthology on July 18, so fingers crossed. And as I type this I realize that when they do, I will no longer be living by the ocean and that makes me sad. Wonder what kind of stories I'll be writing while cooped inside the next few months to escape the scorching San Gabriel Valley summer.

Image snicked from somewhere on the internet. If it's yours please let me know so that I can give credit where credit is due.