Behind the scenes with TV writer Daniel Knauf

My Twitter Writing List has been going nuts since writer/producer Daniel Knauf recently decided to put what he refers to as his "NoShows" online for anyone who wants to see them. These are shows he's pitched over the years that weren't picked up and it's a fascinating look at one of the downsides of the industry - the part where you pour your heart and soul into a project, only to see it not come to fruition. The collection includes show bibles, pilots and concept pitches. Do check it out at Knauf.TV. There's some amazing material there. He also provides some background on what inspired each project.

Knauf's credits include Carnivale, The Blacklist, Supernatural and the recent reimagining of Dracula starring Jonathan Rhys Meyers, so he's the real deal. But even that apparently doesn't shield him from the sting of rejection.

I haven't had a chance to go through all of them yet, but the two that immediately grabbed my attention were Serling (yes, as in Rod Serling), the premise of which was that back in his Army days, the future Twilight Zone creator suffered a near-death experience that hurtled him into a purgatory that would eventually inspire the classic show, and Honey Vicarro, a mockumentary series about a Honey West-type show.

Knauf's NoShows even have logos. Check out Honey Vicarro: 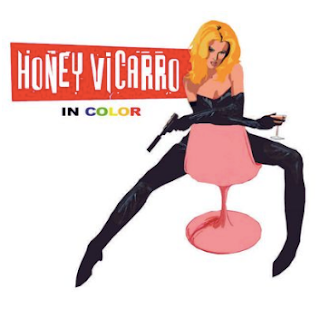 And be sure to follow Knauf on Twitter as well. He's being very generous with his time and behind-the-scenes stories.