I have watched the first new Twilight Zone episode and I gotta admit...I was underwhelmed 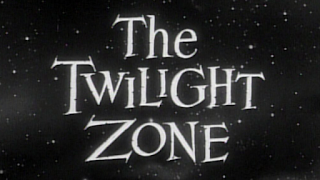 CBS was kind enough to put the first episode of the new Jordan Peele produced Twilight Zone on YouTube for free and I succumbed to the temptation to see if it would even begin to live up to the work of Rod Serling, of which - disclaimer - I have been a lifelong fan. The short answer is no, it doesn't. The long answer:

The best thing I can say about "The Comedian" is that I thought Kumail Nanjiani did a terrific job as Samir, a decidedly unfunny but determined stand-up comedian whose career takes off when a legendary comic gives him some career advice that is both helpful and deadly. Samir is painfully earnest with his annoying political material that doesn't get a laugh from anyone (because it isn't funny), then maniacal as his sets begin to kill both literally and figuratively. Nanjiani's performance was the one thing about this episode that kept me engaged. The episode was also beautifully filmed. Very pretty.

Another positive is the use of the original Twilight Zone font and opening and closing music. I loved seeing and hearing that. I also noticed that Rod Serling's is the first name we see in the credits (and rightfully so). A lot of respect to Serling and the original was shown in the credits and as a fan I appreciated that. But when the opening and closing credits are the highlight of your show, that's probably not a good sign.

The story itself is simply a gimmick that's repeated over and over. There was one moment when the deadly power had an unexpected and heart-wrenching side effect (on the career of Samir's girlfriend) but that was the only such moment. Showing more complications like that might have lifted the material to a higher level. And our final sighting of Samir just didn't deliver the Twilight Zone-caliber jolt that was probably intended. It just didn't surprise me at all. I just had the thought that if I wrote "The Comedian" as a short story and submitted it to an anthology or publication, I wouldn't be all that surprised when it wasn't selected.

I also wasn't thrilled with the volume of foul language and distracting vulgar dialogue in the episode. Foul language doesn't offend me as long as it fits - and fits into - the material. I've been a South Park fan since day one, but the thing about South Park is that it's not funny because it's foul, it's funny and just happens to be foul. In the case of the new Twilight Zone most of it was unnecessary and took me out of the story multiple times. Think I'm a prude? Less than 3-1/2 minutes in, a competing female comedian ever so cleverly blows Samir off with the line, "Suck my vagina." I felt offended on Serling's behalf. Pretty sure Rod wouldn't have signed off on that line, even if he was doing the show in 2019. So much for respect.

Then there's Peele in the Serling role. He's billed as "The Narrator" but there's just no escaping the fact that he's basically playing Serling. His closing monologue in particular seemed unnecessary - yes, we saw that Samir started out as a nobody, then became somebody, then became nobody again. I loved Key & Peele, it was one of the funniest shows on TV and I was seriously bummed when it ended, so I'm not immune to Peele's talent. I also understand that he is now both a high-powered producer and a hot commodity. But if he wanted to do an anthology series, I don't know why he didn't just create one of his own. Why take on the baggage of having to live up to The Twilight Zone and Rod Serling? It's not like Peele has a problem attracting viewers on his own. He could have easily launched an original series without piggy-backing on an established property or having to live up to the legends of both TZ and Serling.

I think if we're going to learn anything from yet another take on The Twilight Zone, it's going to be that both Serling and the show were unique and cannot be replicated, and it's time to stop trying to recreate something that was one of a kind. Unlike the original, I can't imagine anyone tuning into the reboots decades from now. A while back I tried watching a couple episodes from the 1980's version and like "The Comedian" they were Twilight Zone episodes in name only. Nothing memorable. I can't imagine that decades from now, anyone will be tuning into a marathon that includes this episode the way we do for the original.

One thing that really struck me about this episode as I was thinking about it this morning is the realization that the new season of HBO's Barry debuted Sunday night and I've already watched that episode three times. As for "The Comedian", once was enough. And I'm not alone - as I type this, the episode has an anemic 6.6/10 rating on imdb.

As for the newest incarnation of The Twilight Zone, nothing about what I've seen or heard of it makes me want to pay for yet another TV service. I'm already paying for cable, Netflix, Amazon Prime and Hulu, so I already have no shortage of monthly bills and great viewing options. I only watched this episode because it was free and I feel like I got what I paid for. I don't know why they didn't just rein in the language and put this on CBS where it would be available to more viewers instead of trying to use it to sell CBS All Access. But then, I just don't understand rebooting The Twilight Zone at all. It was already done, and it was done right the first time. Give us something original.