Last weekend The Brother and I got to tour Pasadena's historic Castle Green. Twice a year (in June and December) residents open their vintage apartments to the public. I'll definitely be going again in June. The place is beautiful and it was amazing seeing the classic apartments, especially how marvelously they utilized the small spaces in the singles (400-500 square feet). It was also clear the place attracts very creative people. 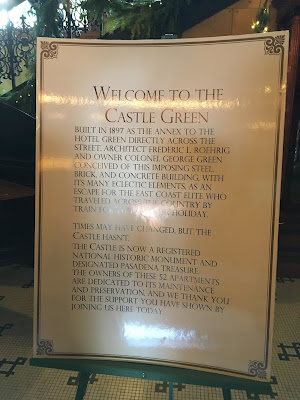 There was a gentleman from the East Coast named Colonel George Green, a patent medicine manufacturer, who created the "August Flower", an elixir that cured all ills, including "a heavy load at the pit of the stomach", who regularly vacationed in Pasadena in the winter to escape the cold.

In 1891 he invested in a hotel located where Stats now stands, and over the next few years he enlarged and improved on the original, adding a wing across the street, the Green Hotel, now the Castle Green, which was completed in 1898 and became the social center for the East Coast gentry who arrived from the train station down the street in horse-drawn carriages, children and nannies in tow, to spend the winter months enjoying the wonderful California weather and the attractions of Pasadena.

Decades later the building fell on hard times and was even condemned at one point, until a group of admirers saved it by converting the hotel into condominiums. It is now comprised of fifty-two unique private residences. It is also listed as a Nationally Registered Historic Monument, a State Historical Monument, and a Designated Pasadena Treasure.

Designed with Moorish, Spanish, and Victorian themes, the building is gorgeous and provides a look at a long-vanished way of life. It has a manually operated caged elevator and life at Castle Green includes having full-time elevator operators. According to the program, it is the only manually operated elevator running on the West Coast.

Although we were told pictures were fine, I didn't take many of the actual apartments because it felt kind of invasive, even though the owners willingly opened their homes to us.

There are two rooms off the lobby, the Moorish and Turkish Rooms: 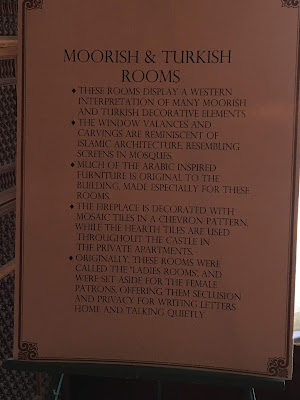 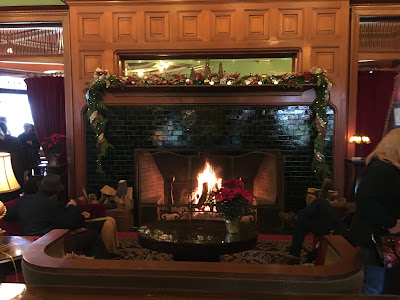 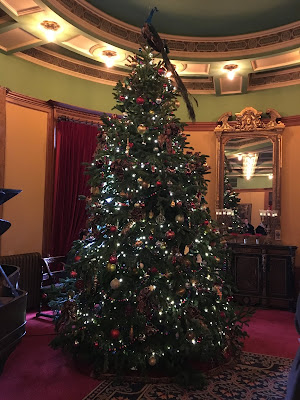 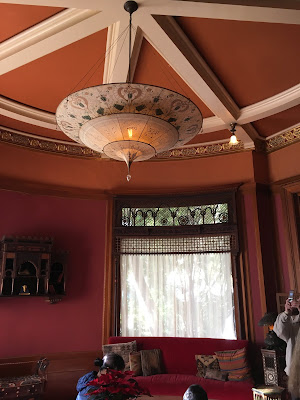 Per the program: The carpeting throughout is an exact replica of the original design of 1897 and has been manufactured by the same company, Axminster of London. This was researched through the use of computer generation, using early photos of Rudolph Valentino and Dorothy Gish standing in a hallway. Luckily, Axminster was able, through these photos, to find the original pattens for us. Here's a small sample: 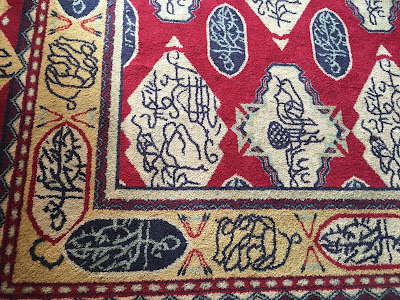 A lot of the units have vintage appliances, which I am a total sucker for: 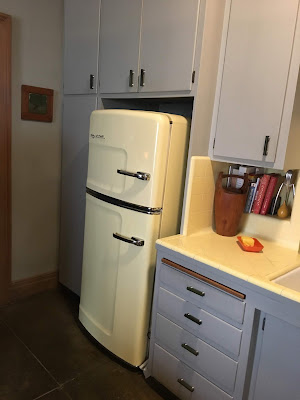 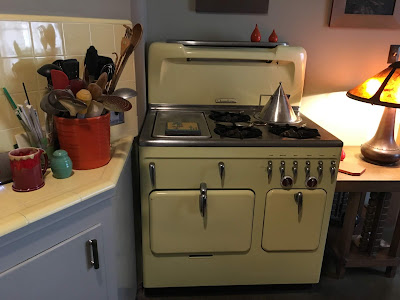 This apartment featured something I had never seen or heard of - a Clavicytherium. Basically, it's an upright harpsichord: 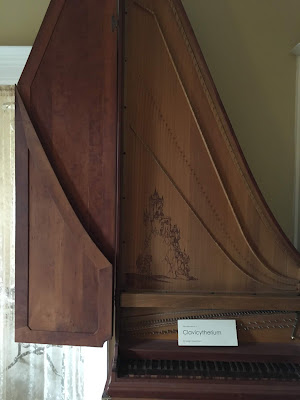 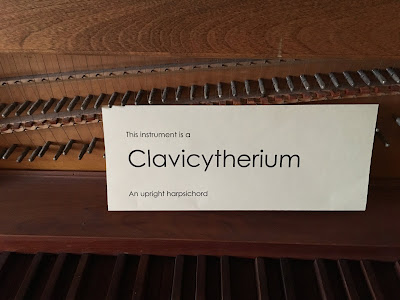 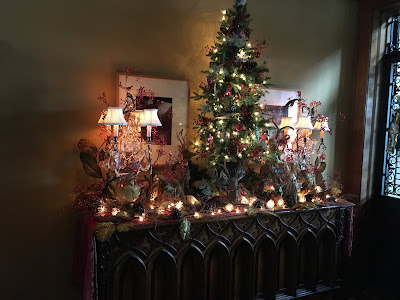