An expert has weighed in on the Carole Baskin thing

In case you've been living under a rock, you've heard about Tiger King, the absolutely insane Netflix documentary about Joe Exotic, his zoo, and his feud with Carole Baskin, the founder/owner of Big Cat Rescue.

Needless to say, there have been a boatload of memes about the series and its colorful characters, including Baskin, whose first husband vanished without a trace in 1997. There are people - including Joe - who believe that not only did Baskin kill her husband, but also that she disposed of his body by feeding his corpse to one of her big cats. Which brings us to this: 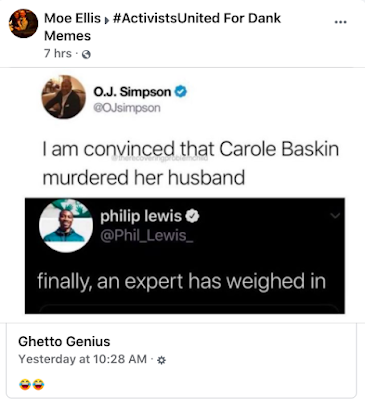 Posted by Melinda at 8:25 AM
Labels: In the News, LOL, Television