The so-called "fact-checking" going on in social media, especially Twitter and Facebook, has really gotten out of control. I've been seeing tons of comments and complaints that the comments being added on to countless posts tend to be more opinion and agenda based than factual. So much so that although I thought this was hilarious, it also probably isn't far from the truth. 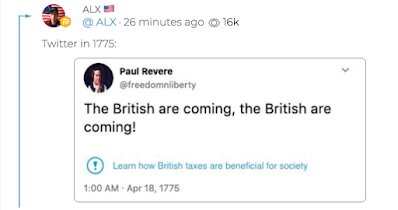