Rowan Atkinson on "cancel culture": "...medieval mob roaming the streets looking for someone to burn." He also teases a very tiny possibility of a Blackadder reboot. 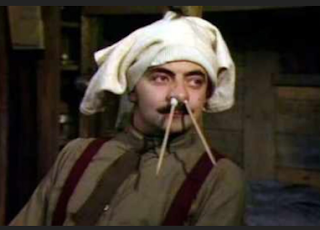 Speaking of the return of great shows, Dexter Morgan has his big bad for the new season of the Showtime series. Clancy Brown has been cast as his adversary, a self-made "man of the people" who will make you pay dearly if you cross him. Great casting, and sounds like a formidable opponent for our favorite sociopathic serial killer.

Posted by Melinda at 2:38 PM
Labels: In the News, Television