Recent reading: "On the Road with Del & Louise" 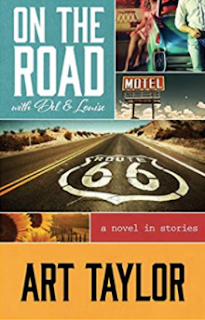 On the Road with Del & Louise: A Novel in Stories by Art Taylor

This is a novel told in a series of six short stories, rather than chapters. It follows the multi-state exploits of Delwood Grayson, a well-meaning, small-time crook who robs convenience stores to help pay his community college tuition, and Louise, who is manning the cash register at a 7-Eleven he knocks off. By the time Del empties the register and makes his escape, the two have bonded enough that Louise gives him her phone number. He actually calls her (although as she notes, caller ID promptly provides her with his full name, not the smartest move for a criminal) and the two are off and running, with the sharp-tongued and sharp-witted Louise quickly adapting to a criminal mindset.

Both Del and Louise are looking to make fresh starts, hoping to find a place where they can settle down and live legitimate lives. But a series of crazy situations - some of their own making, some foisted on them - constantly thwart these attempts.

Starting with their unlikely meeting and courtship in New Mexico, the couple make their way to Victorville, California, Napa, Las Vegas, North Dakota, and finally to Louise's native North Carolina, where her mother threatens to derail the couple's wedding plans.

Taylor is an awards magnet short story author who earned an additional Agatha Award for Best First Novel for this book. It was an interesting concept to tell the story in a series of stories (one for each stop on the road) and the ending was a bit of a surprise, especially considering how the trip began. But the evolution from low-key Bonnie and Clyde to a well-intentioned couple who just want to be happy is expertly handled by Taylor. 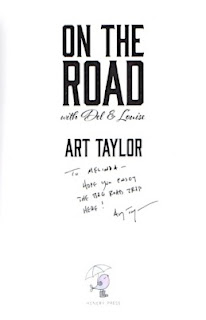