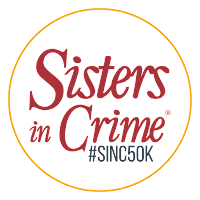 OK, so Week 1:
One of the things discussed during the Sisters in Crime NaNo Kickoff on Monday was the idea of doing what you can and not feeling bad about not making the full 50k word count. Several writers mentioned doing "half-NaNos" and even though this isn't official with NaNo itself, it is a goal that can be more easily met. So I've decided if I can't hit 50k, 25k at least will be acceptable. But 50k would be preferable. 😁
Here's my first week's progress, which overall I'm happy with because it's already an improvement on my previous attempts to do NaNo. Note: 1,667 words per day is the minimum needed every day to make 50k by November 30.
Day 1: 1,726 words written
Badges earned:

Day 7: 0 words written. You read that right - ZERO. I'd intended to write but got caught up on a couple of other things and never got to it. Still, it isn't the end of the world. This is the first day I've fallen behind the pace, but I'll have nothing but time the next couple of days to write, so I'm actually not discouraged. I was overachieving for the most part, so I feel confident I can get back on track, and there's plenty of November left.
So overall, I'm pleased not only with my progress, but how much I have fleshed out my story. Looking forward to week two!
Posted by Melinda at 5:54 PM
Labels: Cool Stuff, NaNoWriMo, Writers, Writing