Truly the end of an era

RIP Queen Elizabeth II, who died peacefully Thursday at Balmoral Castle in Scotland. She was the longest serving monarch in British history, and the second-longest in the history of the world (only a French king served longer and she was only a couple years behind him). 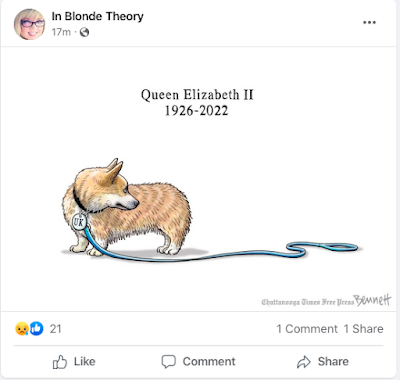 One of the saddest sights (of many) of the COVID era was the sight of her sitting alone at the funeral of her beloved husband Prince Philip. I wished someone could have just gone over and sat down next to her so she didn't have to go through that alone. I hope they are now spending a glorious eternity together. 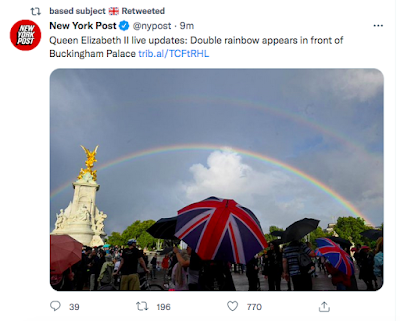 This double-rainbow appeared over Buckingham Palace just before the Queen's death was officially announced.

At the age of 21 the then-Princess Elizabeth made this pledge to her people:
“I declare before you all that my whole life, whether it be long or short, shall be devoted to your service and the service of our great imperial family to which we all belong. But I shall not have the strength to carry out this resolution alone unless you join in it with me, as I now invite you to do: I know that your support will be unfailingly given. God help me to make good my vow, and God bless all of you who are willing to share in it.”
She was a woman of her word - just two days before her passing, she cheerfully and graciously received the new Prime Minister. 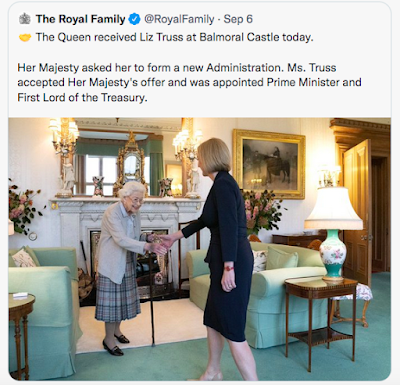 God knows the woman has earned her eternal rest, but the world is a poorer place without her.

More words of wisdom from a very wise and eloquent woman:
"Each day is a new beginning, I know that the only way to live my life is to try to do what is right, to take the long view, to give of my best in all that the day brings, and to put my trust in God."
On her husband, Prince Philip: "He is someone who doesn't take easily to compliments. But he has quite simply been my strength and stay all these years. And I, and his whole family, and this and many other countries, owe him a debt greater than he would ever claim, or we shall ever know.
"I pray God will never let me know the last time I ride a horse." 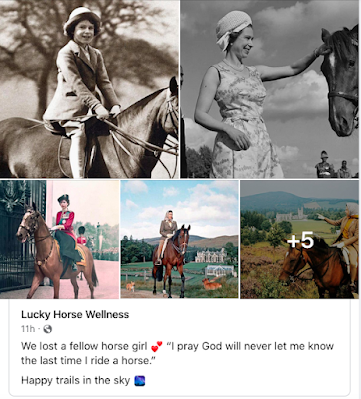 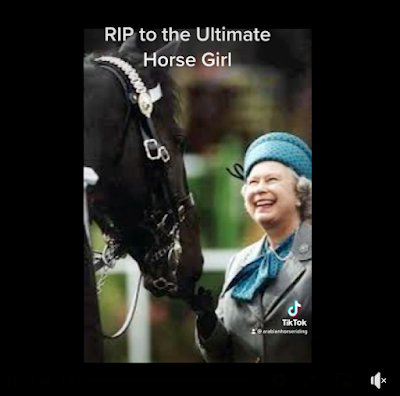 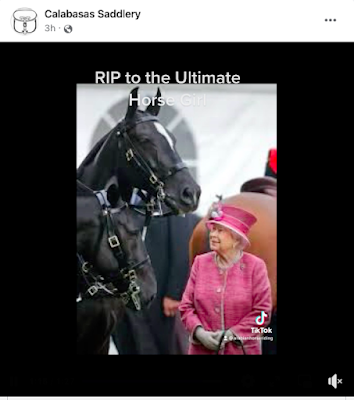 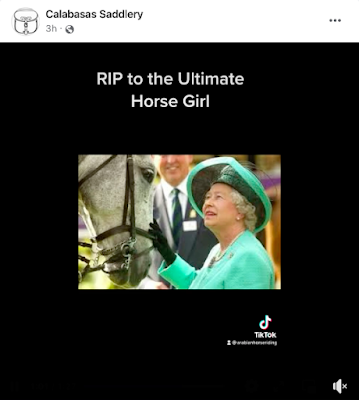 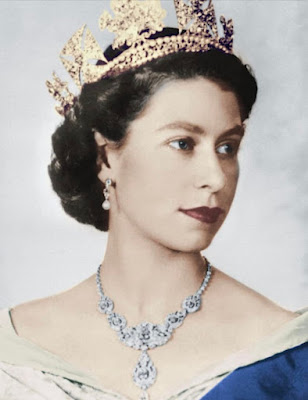 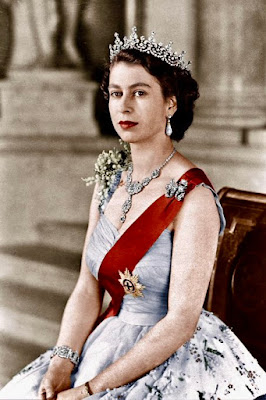 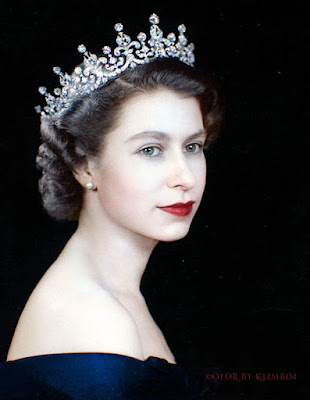 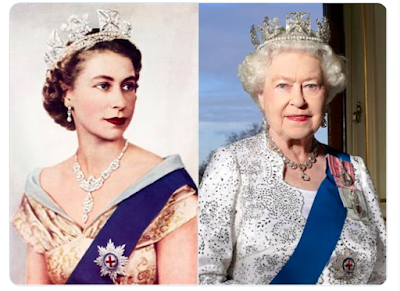 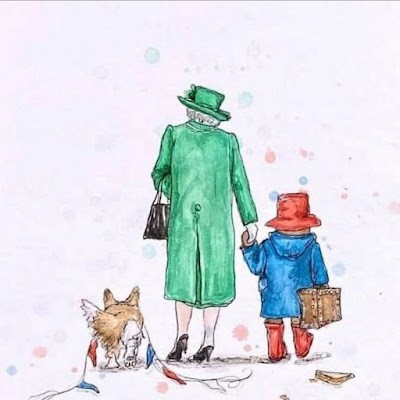 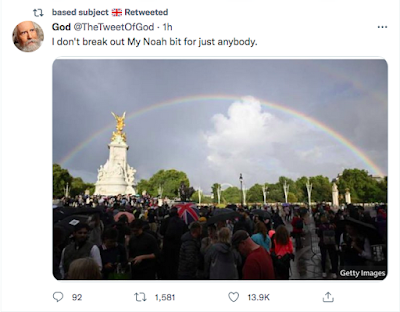 Images snicked from the internets. Let me know if any are yours so I can give credit where credit is due.
Posted by Melinda at 5:36 PM
Labels: Faith, Horses, In the News, Media