A number of celebrities have been getting their panties in a wad over Elon Musk's purchase of Twitter because apparently they equate free speech with fascism, white supremacy, and various other imagined evils that are the opposite of their warped idea of freedom. Whatever.
The point is when self-righteous celebs get on their high horses, you just know hilarity is gonna ensue. Most of the entertainment has been provided by blue-checked types announcing their departure from Twitter, then hanging out to see the reactions rather than following up by actually, you know, departing Twitter. I just have one thing to say about that: 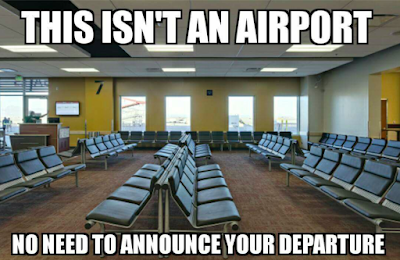 Seriously, if you don't want to be on Twitter, just go. I did a couple years ago because Twitter had become a one-sided cesspool. Too many interesting accounts were being banned simply due to a difference in politics and it just wasn't fun anymore. I closed my account and never missed it. When the Musk purchase was announced, I decided to give it another shot and guess what - it's fun again! If someone or something offends me, I can simply block them. It's not like you're forced to read stuff you don't want to.

Which leads us to this: Actress Alyssa Milano decided to make a big fat statement (while still retaining her Twitter account) about how despicable Elon Musk's Twitter is by announcing that she could no longer in good conscience drive a Tesla (but still retain her Twitter account, because without it, how could she make her super-informed, holier-than-thou opinions known to the great unwashed).

So she stunningly and bravely traded in her Tesla for a Volkswagen EV.

Why a VW, I have no idea, but if she was trying to make a humanitarian statement (and she was) it backfired on her spectacularly. 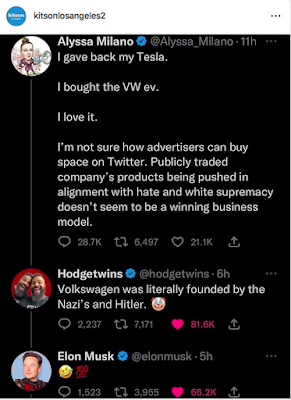 This is what happens when you don't study history, kids.
From Wikipedia:

So in other words... 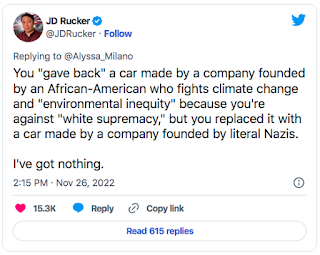 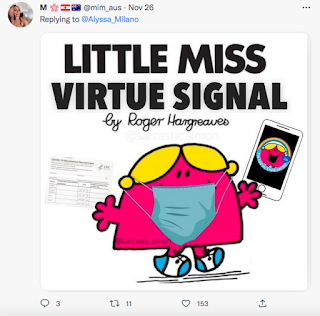 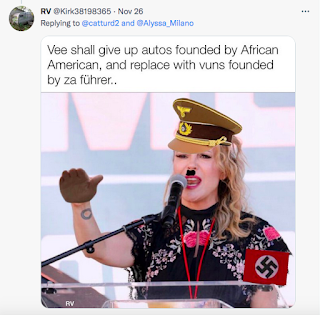