Sadly, I had to say goodbye to my huge, beautiful curio cabinet earlier this week. It had been part of the family since my Dad bought it for his house in San Dimas in the 80's. It was a gorgeous piece (about six feet high) with glass on the front and sides, glass shelves, a mirrored back, and lights. My Dad never bought cheap or lightweight furniture and this thing was a beast. A big, beautiful beast.
When he moved to Hawaii in the 1990's the cabinet went with him. After he passed away in 2011 I brought it back to California when we cleaned out the Kona house, and there was a spot in my previous Marina del Rey apartment where it fit perfectly. Since then, it moved with me to Arcadia and then back to the beach last year. Although huge - it was bought for a large house - I'd always found ideal spots for it in the three apartments I had it in.
A couple of days ago I knelt down to polish the base and realized the wood had begun separating at the front corners and along part of the front of the base. Not sure what caused it, but the thing was old and I decided it was time to retire it. Because of its size and how much of it was glass, I was concerned that if the base gave way and the cabinet collapsed, I was looking at a major catastrophe.
Here's where I plug the awesomeness of 1-800-Got-Junk. The Brother and I have used them numerous times (they come in handy when you have to clean out the home of a deceased relative, or if you just have a piece of furniture that has reached the end of the line). I was going to wait until after Christmas to deal with it, but my paranoia about the potential for collapse got the better of me. I was able to get them out the next day and they were in and out of here in about fifteen minutes. It was also cheaper than I was expecting (they charge you by the amount of room your stuff takes up in the truck, and because it was a tall slim piece, it actually had a pretty small footprint, so I made out there.
Still, it was sad to see it go and yes I'm feeling nostalgic about an inanimate object. But there's a big empty space in my heart apartment where it once stood. After the New Year I'll be shopping for a replacement that's a little smaller and more manageable for the space and my needs.
The damage:

After I got everything out of it...a sad, empty vessel: 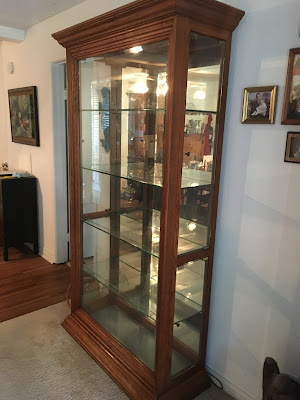 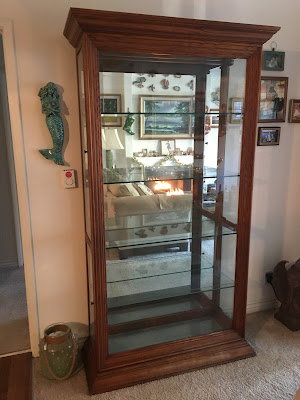 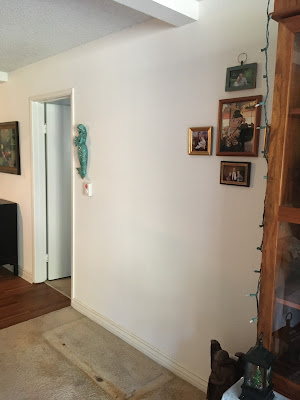 It's been a couple days and I'm still sad about having to give it up. But you know what they say, nothing lasts forever.
Posted by Melinda at 10:18 AM
Labels: Arcadia, Family, Home, Marina del Rey, Personal Drama