Scenes from a burial at sea

My Dad passed away last month.  His service was an extremely small one at his house that focused on the joy of life and the importance of accepting death as part of it.  We then buried his ashes at sea off the coast of his beloved Kailua-Kona.

It all went about as perfectly as it could.  The whole thing was exactly what he would have wanted for himself.  I'm surprised he didn't make arrangements himself ages ago, but with the help of an awesome local funeral home and their associates, we were able to make it happen. 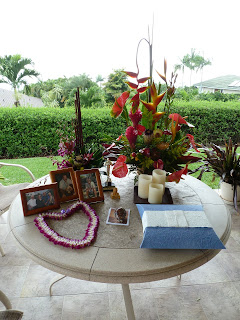 The blue and white container on the table contains his ashes.  Until you have to arrange a service you have no idea of how many urn options are available.  We chose this one because it's biodegradable, so it can be placed directly into the ocean.  This way you don't have to open the container to spread the ashes, thereby avoiding any wind issues.  Don't laugh, it's not just a Big Lebowski thing - my uncle told me a story about the time a couple of his pilot buddies tried to spread a friend's ashes from their plane.  The results were similar to what you see in the Lebowski clip. 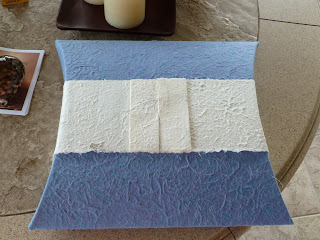 The Blue Box.  You can also get urns with the logo of your favorite baseball team.  If I ever see an L.A. Kings urn, I'm making arrangements. 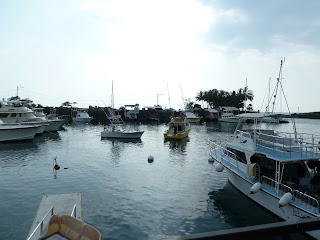 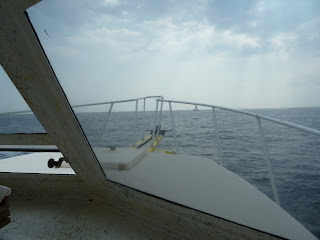 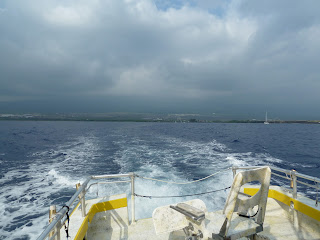 Looking back at the shore. 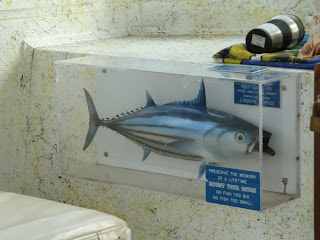 The Sea Wife's day job is fishing vessel for hire.
After making our way about three miles offshore, the boat stopped and the ceremony began. 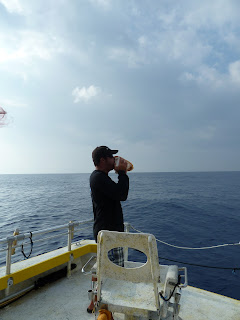 Captain Kent was suffering from badly chapped lips, so First Mate Corey did the conch shell honors.  The shell is blown once in each direction (north, south, east and west).
We said a few quick words then deposited Dad's ashes in the ocean he loved so much, along with flowers from leis (you have to take the leis apart because the strings are bad for the sea life).  He sank pretty quickly.  Probably in a hurry to get some snorkeling in. 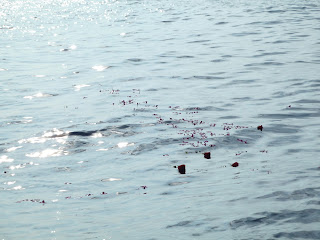 Mom also brought several roses, which bobbed on the surface like little bouys.
The boat then circled the site three times (per tradition) before heading back to shore. 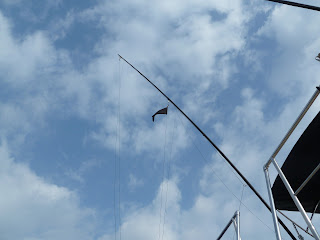 Black flags are flown to indicate a vessel in mourning.
All in all, it was a very beautiful and peaceful event, which we really needed after losing my Dad.  I wouldn't mind my own being exactly like this when the time comes. 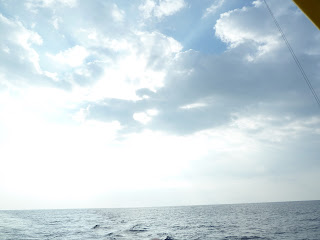 May he rest in peace; I delivered my mothers ashes in the same kind of container off the kona coast last year. Sad, but beautiful.

Thank you and condolences on the loss of your mother.

We just go through the first Father's Day without him and today is my first birthday without him. Funny, I feel worse for him missing it. It's a significant one and he had plans for me. I know he would have hated to know he was going to miss it.