Wonder if he'd consider a straight-up trade for a '93 Corolla? 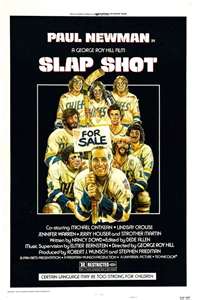 Via Puck Daddy: Reggie Dunlop sat here: Car from Slap Shot parade for sale.  Its 95-year-old owner no longer drives it and has put it on the block.

I especially liked this idea from the article: Hell, the NHL should buy it and have Bettman drive out with the Cup every year at the end of the Final.

Unfortunately for hockey fans, the league just isn't that cool.  The game is, but the league office honchos not so much. Which is a shame, because it would be awesome and the fans would love it.  I would never utter another critical word about Bettman again if he made this happen.
Posted by Melinda at 6:04 PM
Labels: Cool Stuff, Film, Hockey