Some observances:
Some fuzzy crackberry pics from last night: 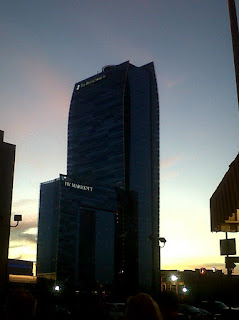 The Marriott and Ritz Carlton at sundown. 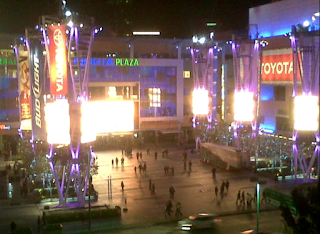 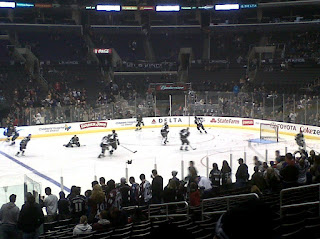 View of warmups from our awesome seats.

Yeah, he's officially losing it.
Someone get this man some goals!
Posted by Melinda at 4:32 PM
Labels: Downtown L.A., Los Angeles Kings

Do you happen to remember what was advertised on the blimp that night? My husband is writing a paper about advertising and we can't remember what it was! Thank you :)

Julie, no I don't remember, sorry. I just know we liked it better when it was purple :)